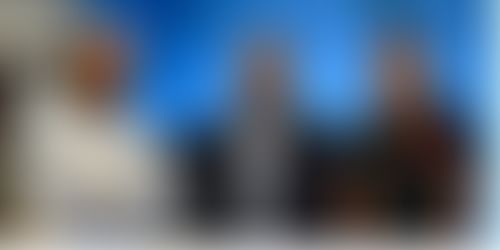 Sundeep Sanghavi, Shyamantak Gautam and Ruban Phukan form a power packed team. Sundeep earlier founded Razorsight, an analytics and business intelligence company that has raised more than $30 million in venture capital. Gautam worked with Sundeep at Razorsight before which he put together high caliber product engineering teams to build products from scratch. Ruban is a serial entrepreneur who sold Bixee and Pixrat to Ibibo, a Naspers Group company, where he became the Vice President of Social Media and helped grow Ibibo. He knew the other two socially and they have been brainstorming on a few ideas over some years now.In their respective careers, all three of them realized the need for a solution that is more suited to help people of all backgrounds in an enterprise to make sense out of data. The problem is pretty straight forward -- there is huge amount of data out there and everyone knows that data is gold. Companies need to harness the power of data to make better decisions. There are many companies already trying to build products to do this but there is always a learning curve. “We want to change this and make the process simpler for companies to leverage data” says Ruban.

DataRPM is available on-premise as well as on the cloud and it basically pulls in data from various sources and stores it in distributed computational search index which can then be quarried to analyse data. There is no SQL or any other code based interface. Here is how it works:

2)      Ask business questions: DataRPM translates your questions into data queries and presents the results with the appropriate visualizations.

3)      Interact and collaborate: Interact with the search results in real time.

“To employ any business intelligence, a time frame of six to 18 months is taken which is huge! We’ve replaced the data modelling part to be done automatically as well,” says Ruban.

The company was launched in 2012 with the headquarters in the US while the R&D operates out of Bangalore. The company already has 13+ paying customers and is nearing closure with close to 20 more. The sales and marketing team is mainly based out of the US.

DataRPM works on a revenue model which is dependent on the data consumed and caters to small and medium sized companies across domains right now. In the middle of March 2014, the company also announced a series A fund raise of $5.1 million from InterWest Partners and was joined by CIT GAP Funds. The round will be used to accelerate DataRPM’s global go-to-market strategy. DataRPM has clients across domains and intends to make the platform flexible enough to accommodate most of the use cases.

The Big Data space has been hot for a few years now and investors have made bets across the globe. Closer home, Mu Sigma is the first company that comes to mind in the domain followed by other startups like Gramener, DataWeave, Affine Analytics, etc. Moving forward, the trend will only get stronger owing to the multitude of things that can be done with and around data.