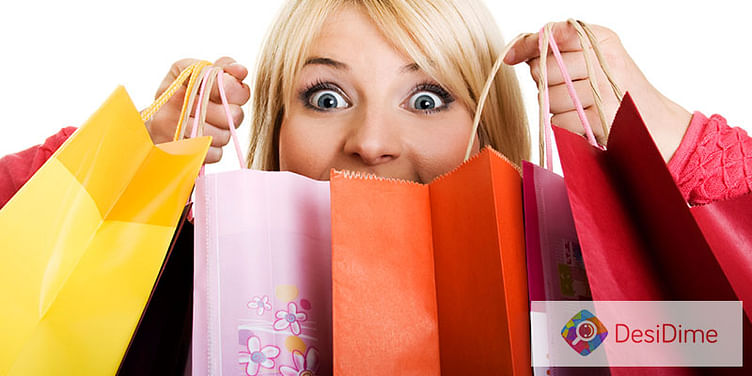 Desidime.com, started by cousins Mehul Jobanputra (CEO & Co-founder) and Jimish Jobanputra (CTO & Co-founder), prides itself at being one of India’s largest online shopping communities. The website has been inspired from slickdeals.net, a similar website prevalent in the US. “Desidime works on a model where we get people to contribute to the content. It is a community driven website where users post deals and coupons that they have found around the internet, and can interact with one another,” says Mehul.

“We have managed to send business worth INR 200-250 crores to merchants in the past two-and-a-half years of operation. In fact, we have also helped our customers save up to INR 300 crores since inception,” says a proud Mehul.

The golden numbers in the ‘dime’

The site registers up to 60,000 visitors a day and easily reaches 1500-2000 transactions a day. Till date, they have had more than 1.2 million posts submitted by their users. The space for this sort of an idea is still growing, with about 40-45 startups vying for a piece of the market. Desidime.com has deals listed on its platform from leading shopping portals like Flipkart, Snapdeal, Jabong, Amazon, etc. As a result it has contributed at least 10%-15% in revenue for such online merchants.

The desidime.com team presently consists of 30 members who invest their time in developing and maintaining the website, curating and moderating the community content and scouting for deals and offers. The founders actively work at building campaigns, managing clients and their expectations and developing newer features for the site. Mehul oversees the business development side of things, while Jimish keeps an eye on the technology architecture. Jimish has previously worked in the US, where he came across slickdeals.net.

Challenges to make the ‘dime’ count

“One of our biggest challenges initially was to get people to create and build the community. The first five to six months was a struggle to convince people. We then came up with a plan to incentivize the users for every post,” says Mehul. They came up with a virtual currency called ‘dimes’ for users to earn every time they submitted a post. In fact, one could earn these ‘dimes’ for following them on Facebook and Twitter too! The users have the option to redeem their ‘dimes’ for freebies like USB memory sticks. “Some of our big challenges today are to keep our users engaged making sure the content being posted is accurate, providing them with the right tools for their decision making and to give them a neutral platform.”The site currently does most of its advertising through social media and Google. “We haven’t yet ventured into the TV and print space. However, we do want to sponsor a few college festivals to really build some awareness about our brand,” says Mehul.

“We’re working on some exciting things. Our latest feature is a social price comparison feature in the mobile category. We intend to roll out this feature to all the categories on our site in the near future,” states Mehul, adding, “Seeing where we are placed right now, I believe it’s been completely worth quitting our jobs.”