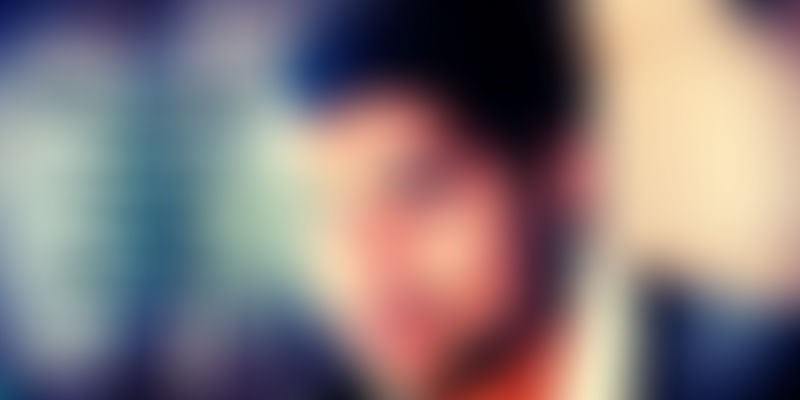 Like his classmates, Nirman Dave has just graduated with an International Baccalaureate Diploma from The Galaxy School in Rajkot, Gujarat. But while the others only have their diplomas to flaunt, Nirman has an array of achievements to his credit – CEO of his company, co-inventor of ANTable (a multi-touch surface table), a teaching position at his own school and mentoring an 'Introduction to computer science' course at a university in his town. All this at just 17!

What sparked the coding bend of mind in this young techie of ours is another tale to tell. Nirman had an encounter with the ugly world of bullying when he was in the sixth grade. It was tearing him apart. A rebellion of sorts started brewing inside him and he decided to avenge his tormentors. But he could not fight or argue with them.

This was the time when facebook was just catching up in India. The kids were flocking the social network, flouting all age restriction policies. Nirman had found his weapon. He would hack the bullies’ accounts and teach them a lesson. The only problem was he had no idea how to do it.

Nirman started googling hacking tricks, going through forums and reading several computer magazines. Nothing seemed to be the perfect fit for his ‘job’. This was when he decided to build the software himself and started learning to code. With the help of Youtube videos and e-books he learnt his first programming language – Visual Basic.

By the time he was in the seventh grade, Nirman had created a few small Windows applications of his own. “I was really amazed by the way I was able to control the computer by telling it exactly what to do,” recalls Nirman. His parents, although unfamiliar with the work, quite liked what they saw. This encouraged him to develop several other applications to help his parents learn computing. Every day he would just sit at his computer and build application after application.

“By the time I was in the eighth grade, I realized that I had created 170 applications.” The need to create a hacking software had somehow skipped Nirman’s mind altogether and so had the bullies.

[ Related link: No kidding, this eighth grader from Chennai is looking to hire you ]

Nirman later published all these applications on his blog – SourceNet and received rave reviews. Many of his projects like Weberks, Hibious, Quazzit, D4x Hack protection, Demisco Joky, etc became quite popular on the internet.

The fact that the school did not provide him with Computer Science as a subject did not deter Nirman from the pursuit of his passion. He started learning Python. “I completed learning the language in about two weeks,” claims Nirman. Using Python, he created Snick, a beginner level programming language which allowed computer science newbies to get familiarized with syntax and data presentation.

After this, Nirman was invited to the official Python developer’s meet in Gujarat called PyGuj for a guest lecture on ‘Python as a language of the future’.

But perhaps his best work till date is a computer application that he developed with the help of his friend Anuj which supports a multi-touch table. This multi-touch table allows anyone to use all their fingers to control a computer. The idea is to create a simple, powerful and brilliant multi-touch system which can be cheaply available for all. Its applications can be stretched widely from school blackboards to restaurant menus. Nirman claims it to be the first ever multi-touch table that incorporates touch screen facility without using any touch sensing device. Hence, the table could be made cheaply available to all.

“It started with a simple USB web camera. After removing its infrared filter, I realized that it can be used to track hand movements. With this I created a windows application that allows a computer to be controlled with one’s hand movements,” explains Nirman.

At present, Nirman is working on a smart earphone device called DriveBud. “It is a device where you can listen to songs using earbuds (the top part of earphones) and does not require you to have any music storing device such as a phone or a PC. All you have to do is say the name of a song and it will be played. Additionally, facilities such as GPS, information search, phone calling and texting can also be put to use. I am currently coding an operating system for this device using Python,” Nirman tells us about his future plans.

“Innovation, creativity, programming and movies are the things I live for. I strongly believe in helping society through the use of technology, a unique but a challenging task." Apart from being immersed in programming, Nirman pursues other games and activities like theatre, basketball, chess, and singing.

“I love watching movies and TV series like ‘Suits’, ‘Sherlock’ and ‘FRIENDS’. They keep me occupied throughout the day.” Well, at least some part of his day resembles a regular 17 year old’s.

A few other techies that will inspire you:

Yuvi Panda – Coder, Rebel and Not a Zombie

Kartik Mandaville, coder, product developer from the other MIT

How an English Literature graduate turned into an instructional designer?

The case of the ‘curious tester’: Parimala Hariprasad