How Youth4work got 300K users on their platform? 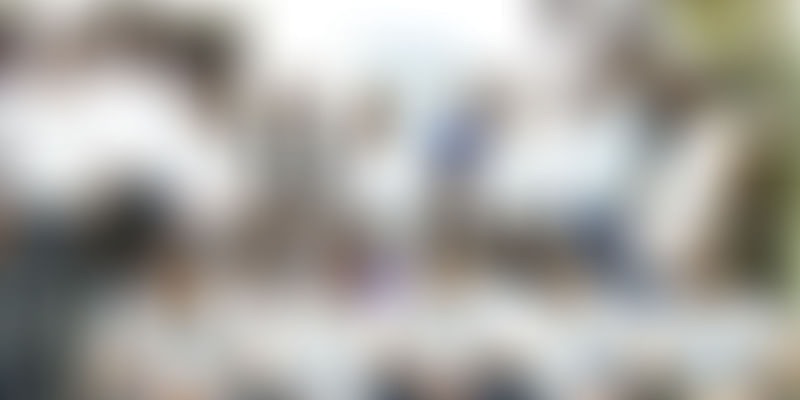 With over six million graduates looking for a job every year, recruiting the right talent becomes challenging for employers. Because of the time constraints and given the wide pool of talent, personal interactions or resume short listing is not the most efficient way to approach prospective employees.

This problem encompassing job seekers, employers and colleges is what gives Youth4work their bread and butter. Simply put Youth4work helps to assess and map the talent for those who are at the outset of their careers. Three years since inception, they have come a long way to not only breakeven but also get 300,000 registered users on their platform. Most of the action took place in the last one year when they scaled from 20K to 300K users, catering to over 7000 employers for their requirements and supporting more than 5700 colleges.

But the bigger question remains how did Youth4work make it happen and reach this stage where they are not only profitable with their 25-member team, but have drawn a good amount of investors’ interest as well.

Rachit Jain, Founder and CEO of Youth4work said, “We have used traditional routes to market Youth4work but the word of mouth publicity has worked the most for us. And we have given job seekers a reason to do so. Rather than uploading resume, we find more value in building communities and hence launched our platform yTests -- multiple choice question adaptive tests that assess an individual’s talent in a specific skill. The competitive nature of these tests encourage them to invite their friends and evaluate themselves w.r.t. each other. The propensity of job seekers can be understood from the fact that online tests have had 4,909,686 attempts on questions made from over 1,645 cities globally.”

The job seeker taking the tests is given a yRank, showing his/her global standing in that particular skill. Rachit added, “The adaptive scoring system of yRank algorithm identifies real talent in the market; the questions are crowd-sourced and the tests are completely intelligent where each question’s level and difficulty changes with each attempt on it.”

The evolution and breaking even

Rachit took us on a quick tour of how Youth4work has evolved with time, “Youth4work started as a skill assessment platform focusing a lot on contests and challenges (similar to Hackerearth today). We realized that with every challenge we were chasing a new set of people and the retention of previous participants was a pain. Instead, we wanted an engagement driven model, and came up with yTests.”

Youth4work targets people with zero to four year work experience. With resumes and assessment of 300,000 job seekers across the globe, the platform claims to target more efficiently than Linkedin. Rachit says, “We have investors interest today. Our market size has doubled in the last two years (from three million to six million). We have added more features and increased the transparency of our actions too.”He explained that it is their revenue model which has led the company to break even in a short duration. “Employers using our platform pay us for contacting the talent, accessing our database and for designing the assessment for prospective employees. Registered colleges use our premium services and get showcased in front of the interested job seekers. We have been very particular about keeping the service free for majority of the job seekers,” says Rachit.

Youth4work has 92% Indians on their platform with Delhi and Bangalore contributing the most. Overall they have footprints in 130 locations in India but the participation from tier-2 and tier-3 towns is substantial as well. Bangladesh, UK, Pakistan are among the other geographies with Youth4work users.

There are giants like Microsoft, Mahindra, HCL, AON-Hewitt, SBI Life Insurance Co and upcoming companies like Iris, Oddpigeon, eSetu.net and Greenfuel using the platform today. There are 5700+ colleges, including engineering, management, science and commerce institutes using the platform.

Product is fine tuned, next is scaling up

Youth4work offers over 200 options of assessments through yTests covering almost every field other than creative (because it’s tough to judge it with MCQs). The recent milestone has definitely boosted Rachit’s and his team’s confidence.

“We have witnessed a tremendous growth in the last few months while fine tuning our product. The tough part of getting users and driving engagement is over now. We are now ready to scale up. It’s time to take this already tested model to other countries. The stage is set for us to experiment (pilot) in Europe, Africa and Sri Lanka in the next eight to nine months besides targeting millions of more users across the globe.”

What do you think about Youth4work and their positive approach to scaling up? Do comment.