BeaglesLoft thinking out of the box for Indian startups 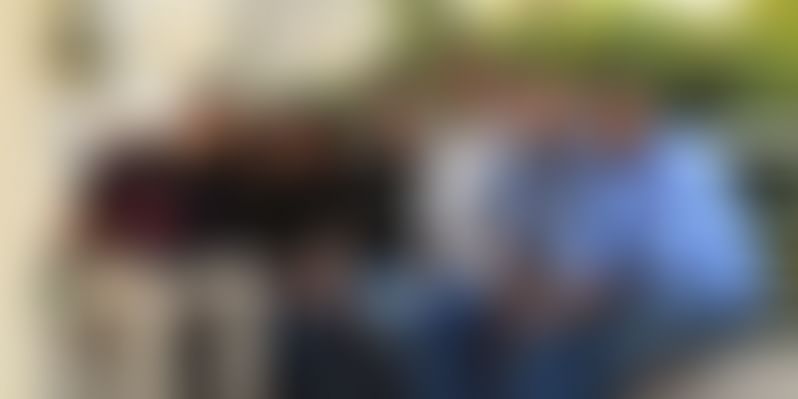 “We’re not a co-working space, or an incubator, or an accelerator. I think we’re more like a playground where you can go out and collaborate and learn from the other ‘kids’. It’s an innovation space where you can come to get awesome ideas by talking to the other ‘kids’, learn and network. We want to emphasize the culture of play and collaboration,” says Asya, Community and Business Development Manager at BeaglesLoft.

BeaglesLoft has been started by brothers, Niranjan and Rajiv Salimath, to give the spark of innovation and creativity a safe haven. They call it a playground for startups, innovators, artists and nerds in general. “We’re actually a two-year-old startup called Haggle, head quartered in New York. My brother and I have grown up in Bangalore, and we’ve studied and worked in New York, so we’ve compared the startup atmosphere in both the cities and realized that a lot of things about the Bangalore ecosystem need to be changed. So we decided to do something to improve the ecosystem here, and we got this space for innovators and people with disruptive ideas to come in, work and collaborate with others,” says Niranjan.

The brothers are trying to address the issue of startups adopting proven working models and modified it for use in Bangalore. “We’ve seen a lot of startups trying to create another Facebook or foursquare, but there are very few trying to be disruptive,” he adds. The three mantras of BeaglesLoft are ‘Make a Big Impact’, ‘Focus, No Hocus Pocus’ and ‘Yearn, Don’t Burn’.

How can I join them?

Beagle’s Loft is a completely free space. However, it isn’t open to everybody. “We are very careful about the sort of people we allow to use the space. We’re looking specifically for people who have innovative and disruptive ideas. This is the best form of support we can provide to the ecosystem. We also work with a lot of designers and Venture Capitalists, so we can give good direction and contacts to help in the funding and designing; that’s another way we can contribute,” says Niranjan.

What do they do?

The space is currently focusing on three independent tracks – design, technology and entrepreneurship. Their main focus is the technology track where they’re working to try and break the ‘software engineering’ stereotype of it being only about processes and frameworks. The main focus of the track is to steer people away from this mindset and get them to innovate and build new things. The design track is to allow a collision between the liberal arts and engineering. They invite artists to come and work in the space, have partnerships, and they also get artists and designers from Bangalore to interact with artists and designers in New York and Brooklyn with an attempt to provide them with exposure.The Entrepreneurship track stems from the brothers’ frustrations of Bangalore startups primarily working on previously proven models, or being service oriented. The space has seen people from leading Venture Capitalists come and talk to entrepreneurs about the importance of innovation, what they should focus on, what happens in Silicon Valley, etc.

“The skill-set and attitude towards a job are the two main differences we noticed between the people in Bangalore and New York. The skills required in a services industry vs. the skills required to work on something innovative are different. The skill set in Bangalore is more service oriented, leaning towards managing processes and working in frameworks, so it becomes hard to find someone who is willing to break away from convention. Another difference we noticed was the heavy emphasis on the salaries and the work hours. Working for a 9-to-5 job with a fixed salary is the more favored option when compared to slogging off with/for a startup. In the U.S. it’s a lot easier to find someone willing to work for a lower salary along with equity. No one has asked us for equity here,” states Niranjan. “We are invested to solve this issue in the ecosystem which is why we have started this space. For example, there’s this guy from IIIT who got an offer from Amazon, but he turned it down to come and work with us. A few months back this would have been unthinkable for us, but now we’ve seen that we are making a definite impact here,” he further states.

“On the other hand, there’s a great amount of enthusiasm in Bangalore with regard to startups. They’ve found something new and people are really excited and eager to work hard for, or with a startup. If you were in Silicon Valley, you can’t explore a lot anymore because only the best of the best ideas are allowed to come out to the top now. So, I guess there’s a lot more openness here,” explains Asya.

The most recent innovators to work at BeaglesLoft are two graduates from MIT and Cambridge who are working on building solar powered devices like lamps, etc. They wanted to work with villages and get their products out. The first village that they’re targeting is a village in Tamil Nadu. “These are the sort of people we want. We’re looking for innovation, period,” Niranjan points out.

“We’ve connected with a lot people through the contacts we started off with. It’s great! It’s just like a flower blooming with connections all over the place. Initially, however, we interacted a lot through social media, the Construkt festival was really good and we keep meeting interesting people at various conferences and events,” Asya tells us.

“You need patience and endurance for at least two years, while working for a startup, before you can expect something to happen. We’ve had people work for us who’ve got irritated in six months saying, “Nothing is happening. I don’t see my million dollars.” It just

“We hope to get a beagle someday, like a mascot for this place,” jokes Asya, “But Niranjan won’t let me get one!”

Let us know what you think of such a space, and what problems it could solve, in the comments section below!