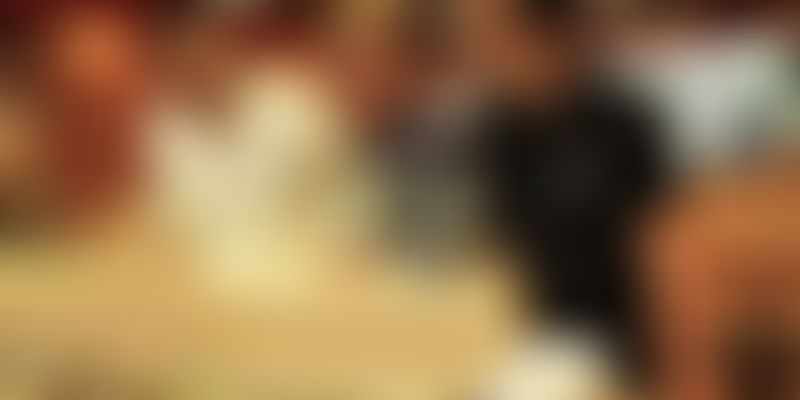 Bert Mueller, Dharam Khalsa and Gaelan Connell go a long way! Bert met Dharam in the first grade, and Gaelan in Kindergarten and they have been friends ever since. Over the years, they worked together on several projects as well. Bert has had stints as an editor, and a good five years as a composer, before he fell in love with India. He got together with Dharam and Gaelan to start a Mexican food eatery in India. Thus began California Burrito in Bangalore. “I had always wanted to do something like this, and there was this sense of adventure about starting up in India,” says Bert.

California Burrito is about fresh Mexican food. “Food in India is prepared fresh in the homes daily and fresh ingredients are sold daily on the streets as well. There's also so much passion in the way food is cooked here. Our vision is to upend the way fast food operates in India by injecting freshness and passion into our operations,” says Bert. California Burrito doesn't use preservatives and believe that if one puts freshness and quality first, the customers will respond.

Talking about Mexican cuisine, Bert says that it is not well represented in India. The food they serve is really more a California variant of Mexican cuisine from the Mission District of San Francisco. “The assembly line burrito concept that we do is one of the fast growing and most profitable sectors in America. We realized that it wasn't here yet and as the first entrant we would have a huge advantage,” says Bert. The Indian QSR market is growing fast and is expected to have a turnover of INR 70 billion by 2015-16, according to a CRISIL report. “We are probably the only chain in our category and we expect to see triple digit revenue growth for the next few years as we are seeing in year two,” says Bert. California Burrito has six outlets in Bangalore as of now.Eating habits are changing rapidly in India -- people are eating out, and trying new cuisines -- leading to a long term growth potential. This is what kicked the team at California Burrito and they saw an opportunity to do things differently than other fast food players.

They have raised over a million dollars in funding till now and have targeted a two-year ROI at the outlet level. “Some outlets are ahead of target. Outlet size is a crucial part of maintaining a good ROI. Primarily, we've invested in our kitchens to ensure we have the infrastructure to meet the demands of a rapidly developing market,” says Bert.

It has been almost two years for the trio and the business is good. “Our customers love that our food is filling, flavourful, fresh and reasonably priced. There is some novelty to the fact the food is Mexican inspired and that the concept of Mission Style burritos is very popular in the US,” says Bert. The response has been very positive and they're excited to open in other cities by end of 2014. California Burrito is targeting 14 restaurants by June 2015. There has also been interest in bringing the concept to Singapore and Dubai which are the other options they can explore.

What Subway has done by combining fast food with the concept of freshness is phenomenal. It is very early days for California Burrito, but they have started off well. It'll be interesting to see how the other cities in India react to Mexican cuisine once they start to expand.

10 years, 50+ outlets and going strong, a look back at Sequoia funded Faaso’s growth