To Haggle or not, is not the question anymore 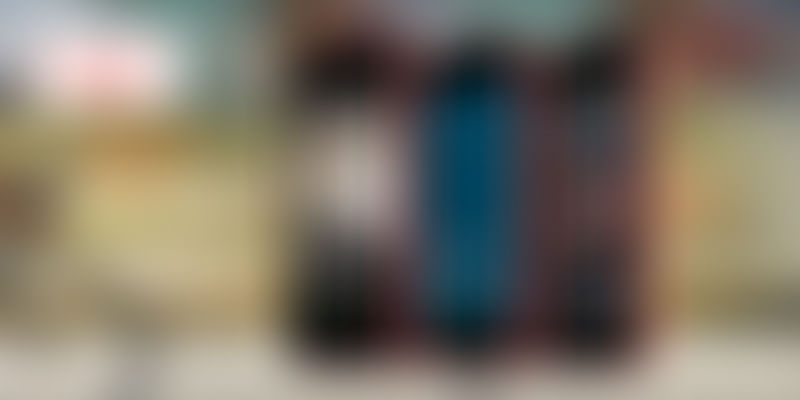 Bargaining is deeply woven into the Indian DNA. We haggle for everything, even if the shopkeeper sticks a notice saying ‘Fixed Price’. It’s an instinct that comes alive, perhaps with the intent to squeeze out the maximum value for our money. To take this ‘quirk’ further, brothers Niranjan Salimath and Rajiv Salimath have created an app called Haggle.

What is Haggle all about?

“The basic idea of Haggle is to allow individuals to make meaningful use of their social data. A great chunk of our lives are spent online, and as a result people create a lot of online social data. Unfortunately, it’s only the Googles and the Facebooks that are making money out of this data. We thought it’s high time we set that right and give people the power to wield their own social data; get some benefit out of it,” says Niranjan, Chief Technology Officer of Haggle. Rajiv is the Chief Executive Officer.

How does a customer benefit?“The customers can approach a restaurant and haggle for a discount based on a combination of their data. For example, someone can haggle based on social influence in a particular neighborhood suggesting he/she could influence potential patrons. Or, if someone has a history with craft beers or likes a particular cuisine, he/she could be offered a discount. Repeat customers are always welcomed by restaurants, which is where the loyalty factor kicks in. The bankroll category measures the average amount you like to spend based on the average price of a meal in the restaurants you frequent,” explains Niranjan.

Why would the restaurants agree to this?

“This app is a great tool for restaurants to wield some control over the sort of customers they get. The restaurants become Haggle’s partners and then they can start looking for a particular type of customer. Some restaurants care more about loyal customers with a history of appreciating a certain type of cuisine, while some may want big spenders. The restaurants can craft discounts specifically for customers who fulfill their criteria. This makes room for a personalized experience for both parties. Our app takes a lot more aspects into account, which perhaps makes it better than a Groupon or other deal companies. And once you have a Groupon coupon, you can only go to a handful of places. Haggle empowers a customer to choose where he/she wants to go and craft their own discount,” he adds.

They haven’t made too much noise about the app yet since they’re still working on ironing out the kinks. Haggle is currently running as a private beta in just Manhattan with 50 restaurants and 200 users. The discount bar stops at 21%, for now, but it may be pushed up later depending on how the app is received overall.

“We plan to launch the full version soon, however, in New York only. Our end goal is to make every Internet transaction a haggle-able one. For example, if you want to buy a shoe, perhaps a runner should get a greater discount than a regular person,” states Niranjan.

The reactions have been very good on both ends. The customers aren’t being spammed in their inbox neither are they being given

coupons to carry around. Restaurants can curate the sort of customers they serve by offering personalized discounts to increase desired traffic.Where do they work out of?

“We’ve always had two teams – the one in New York that handles the marketing, and the one in Bangalore which is the development team. All our restaurant partners are in Manhattan. It made sense to start in the U.S. than anywhere else because my brother had built up a lot of contacts and had an established base through his stint with a Global Internet Ventures,” Niranjan says.

How did they come up with the idea?

The idea was Rajiv’s brainchild while he was mulling over his frustrations with the use of social data. The brothers had initially started off with something totally different called, ‘Through The Looking Glass’, which measures a user’s social data over a period of time and measures their activities and the sentiments connected to it. That’s slated to be their next project.

Cool! I can’t wait to use this!

“Haha, you’d have to wait longer for it to enter the Indian market! If you want to use it now, you could always fly down to New York!” jokes Niranjan.