What Makes a Great Instant Messenger? 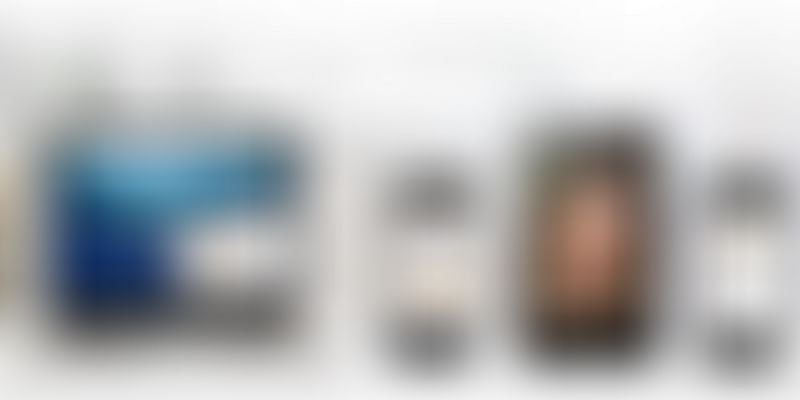 Instant Messengers have transformed the way we communicate. Relatively cheaper than SMS and less intrusive than a phone call, they are a better medium of getting the message across in many cases. There are a handful popular apps that people typically use (look at your smartphone, you should find at least two). Most of them are fairly satisfactory in terms of features. Well, they're certainly catching up to each other — for example, Viber had voice calls, but now so does Facebook Messenger. WhatsApp had location sharing, now Hangouts does it too. But there are certain forward-thinking features that make the Instant Messaging experience even better. Here they are:

Apps like Hangouts and Facebook Messenger let you seamlessly continue conversations as you switch between your smartphone, tablet and computer. Not just that, lets say you attend to unread messages on your computer, the same notifications of which are pending on your smartphone, automatically clear off. It's really useful if you spend a lot of time on a computer since you can type out replies comfortably on a hardware keyboard than a touchscreen. Plus, it's less distracting to keep juggling between smartphone and computer for every silly little message, like you probably already do when you use WhatsApp.

Not a lot of mainstream apps do this, but it is a feature that can save a ton of repetitive activity. When a hyperlink is copy-pasted into a chat conversation, apps like Kickoff and HipChat smartly pull data so you can avoid navigating away from the chat app to the browser to just know what it was. So, if somebody puts a Twitter link, the app smartly shows the tweet. If you put up an image URL, it shows the image. In Hangouts, if you put a YouTube video link, it shows the thumbnail of that video.

Many professional IM clients like Slack, HipChat and Kickoff do this — when you're in a group conversation and seek the attention of another chat member, simply putting a '@username' will let the person know via a notification that he's been mentioned in the conversation. Just like how you do it on Facebook or Twitter.

Although you won't see me give much love to WhatsApp, I must admit their one feature is super handy — Media Lists. Sometimes you want to revisit some audio-visual content shared by somebody. Having to endlessly scroll through long chat conversations in an effort to find it is pointless. WhatsApp has a 'Media' option that lets you instantly check all the media that's been shared between users or groups.

Telegram has the self-destruct feature that can be really useful while sharing sensitive information over Instant Messaging. Sure, in Hangouts you can 'Go off the Record' but Telegram's messages vanish before your very eyes, after the preset time has elapsed.

Hangouts does this little awesome thing where it puts a telephone symbol next to the user, when that user is on a phone-call. This should let you know that there might be a delay in a reply. It only shows up in one-on-one conversations though, not in group conversations.

Chat Heads is an immensely useful feature that works the best on Android, because the mobile OS isn't as restrictive. So when you get a message on FB messenger, a 'Chat head', which is basically a circle filling the display photo of that person, appears on your screen. Tap it and you can reply to a conversation without technically switching between the chat app and the app you're working on. So, this takes one tap instead of the usual two if you had to do it typically (clicking the multitasking button, then choosing FB messenger). It makes multitasking much easier.

Last but not the least, the 'Last Seen' status gives a good idea of the last time the person you want to talk to used the app. Sure, some might think of it as a privacy concern. But I find it largely useful because it helps me estimate how long should I wait for a reply, or just dial the number and call.

Rohan Naravane is the Content & Product Head at PriceBaba. He tends to get unsatisfied of Technology around him pretty fast, thereby turning to Twitter as his ranting ground.