10 reasons why India could fall in love with crowdfunding 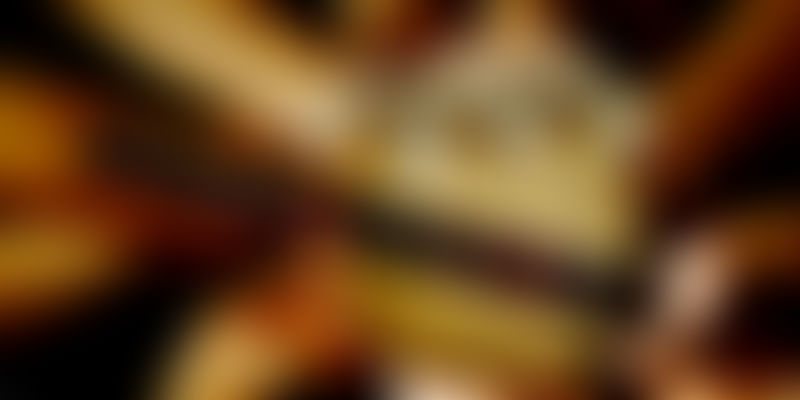 Pooling in money with contributions from ordinary people for a mission is not new to India. Looking back at the country’s history, regular contributions to political, social and religious causes have been there forever. Indian businesses like the multi-million dollar Reliance Empire have been built with modest contributions from small time investors.

Today, with India having given a decisive mandate to its new leadership, the country is poised to not just bring its economy back on track but also explore new ways to solve some of its challenges. It is here where creative concepts like crowdfunding could play a major role. Here are at least 10 reasons why:1. More Jobs For Young India. 9 million Indians enter the job market each year, and this rising number will require the government to prioritize job creation plans, especially if they want the young and restless to be engaged and productive. How better to create jobs than to encourage entrepreneurship! Crowdfunding makes it easier for entrepreneurs to access the early capital they need for their business.

2. Global VCs Track Indian Startups. Stats like 3 out of 4 VC-backed startups fail and 4 out of 5 startups in general tend to fail, do little to increase investor confidence in startups; added to that the fact that most global investors, many US-based, tend to focus on startups in their vicinity. Therefore for Indian startups to grab attention of global VCs they will need to do much more. A successful crowdfunding campaign with some good traction can go a long way in helping investors buy into a startup’s offering.

3. Customer Demand Leads Production. The notion that crowdfunding revolves only around funds can be misleading. While receiving funds may be the ultimate goal, it is the engagement opportunity with potential customers that is one of the biggest value-adds of running a crowdfunding campaign. With the delivery time established in the campaign, the product manufacturers can plan their product as per demand. There are many startups that have successfully planned and sold products with the help of a crowdfunding campaign. Crowdfunding helps maintain a good inventory turnover.

4. Collaborative Teams, The New Mantra. Thought-leaders have been regularly sharing various qualities needed for a startup to succeed -- from founders’ drive and passion to having the right team in place and a good working relationship with partners. A successful crowdfunding project also requires the various stakeholders to collaborate for the larger goal. For example a product manufacturing company will need its production, delivery, sales and marketing teams to collaborate seamlessly in order to become successful.

5. Support Beyond Family & Friends. Unlike in some of the Western countries where government support is a way out in case of financial difficulties, in India it is the family and friends who tend to be more supportive. With crowdfunding, entrepreneurs may not only have the support of family and friends but also an extended group of early investors who believed in the offering. The support of this larger group can go on to contribute to a startup’s success.

6. Fund Innovations For Indian Challenges. Unlike most mature economies, India’s challenges are unique and more diverse. Crowdfunding can help address some of the issues: such as supporting rural businesses through micro-financing, non-profits needing funds for causes like poverty alleviation, education, better health, scientific research and business growth.

7. Policymakers & Businesses Get together. It may be the case that the central government, various state governments and regulators have the biggest say in whether the benefits of crowdfunding can be realized. While lessons from other countries that have benefited by easing laws are out there to see, promoting crowdfunding in India may also set a good precedent of having lawmakers, financial regulators and the industry working closely on issues that affect the country’s progress.

8. SMEs Can Compete With Big Businesses. With the ability to reach out to the masses through crowdfunding, the small and medium enterprises (SMEs) have a good shot at competing with the bigger players who have the money and resources. With the funding figured, these SMEs can now focus on bettering their products and services. It is widely believed that if India needs to compete with the global powers, it not only needs large corporations but also innovative startups to succeed.

9. Fund Projects For & From The Community. Most corporates as well as lawmakers spread across political affiliations agree on many of India’s priorities, including more citizens participation in governance and the need to improve infrastructure in the country. Successful crowdfunding projects like funds being raised by local residents to build a foot over-bridge as well as other initiatives that serve a much larger community interest can be a good learning and implemented across India.

10. Compete Globally Based Out Of Anywhere. Crowdfunding also helps companies go global. No more does the location of the manufacturing unit or the founders' office matter, not as much as the founders' background and the product itself. Reaching out to the world has become much easier through crowdfunding.

The potential of what crowdfunding can achieve for a country like India, especially its overwhelming youth majority, is massive and outweighs current concerns around fraudulent projects, possible money laundering and other risks- all which with proper checks and balances can be addressed.

Let us know your thoughts below and in our meetups on crowdfunding and how those interested in the Indian startup scene can get the crowdfunding movement kickstarted across the country. In future columns, we will dive more deeply into crowdfunding, and its success factors and impacts in India.