6 business (customer service) lessons I learnt from people in Mauritius 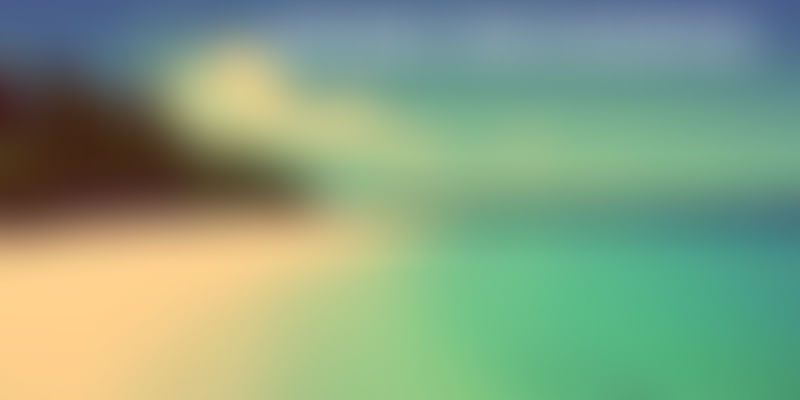 Mauritius is a dream destination. I have always heard tales about this place being exotic. So, when my family was making a choice for our vacation, we unanimously chose this little island country. Our main idea was to be away from the hustle and bustle of city life.

As our flight was about to land at Sir Seewoosagur Ramgoolam (the Father of the Nation) International Airport, I got a glimpse of the immense beauty of this island country. The island is completely surrounded by a reef allowing a lagoon to be formed which is the beautiful green waters that you can see in pictures from Mauritius. Beyond the reef, the massive rough Indian Ocean is visible.

While this was the first impression of Mauritius, the most impactful one was the interaction with the amazing friendly people of this tiny island nation. This experience will stay in my heart throughout my life.

The hotel resort we were put up in Mauritius, Laguna Beach (at GRSE), had the most amicable staff who will always greet you whenever they see you and talk very honestly to you. They would not leave any opportunity to know if you are comfortable, and do their best to make sure you are happy. It was this quality that made our stay at the hotel so remarkable.

2)     People remember you forever if you are hospitable

On the last day, we had to check out of the hotel at 11 AM though our flight was at 9 PM. We had to check out early because there were other guests arriving later on the same day, however, the hotel staff allowed us to hang around the hotel for the rest of the day, including allowing us to use all hotel facilities and even gave us a spare room for a few hours to freshen up before we left the hotel absolutely free of cost.

GRSE (Grand River South East), the village that housed our hotel, was a small picturesque one. Every evening, Dad and I used to go for a stroll. And, everyday, we encountered people who would greet us and say – ‘Namaste, kaise hain?’ (Hello, how are you?) On one such occasion, it happened to be a Sugar Factory worker, Mr. Chooubey, who even courteously invited us to his home for a cup of coffee and a nice chat. Every human being in Mauritius is working hard to ensure that they present the finest image of the country which is the reason for their bustling tourism ensuring a boost to the country’s economy.

4)     A quality freemium model certainly makes customers comfortable around you

On our first day at our hotel, we went to a local shop (Tabagie Neuveu) to buy water

(it is not complimentary at hotels in Mauritius). Vicky (the shop’s owner) gave us water bottles at super prices as well as offered us tea at his home. We found that his wife cooks a meal if you order (with unlimited rice, roti, dal, 2 vegetable, chicken/fish/mutton, curd, cold drink) for MUR 250/person. So, we ordered a lunch for one of the days on which they did not charge us for the lovely tea saying it was complimentary. Their impeccable service made us very comfortable with them and we knew they will not cheat us at all. And, when we actually went for the lunch, it was the most fantastic meal we had during our time in Mauritius. We will recommend their services to anyone who goes to Mauritius.

5)     Fooling people may get you a single time business, but you will lose heavily on repeat customers

Every place has a set of people who give a bad name to the organization they work for. It happened to us in Mauritius as well. While in Curepipe (central Mauritius), we went to a place serving Indian food for lunch. Firstly, the rates at this place were exorbitant (MUR 600 onwards which is like INR 1200+) for a meal. We chose to share meals (2 meals for 4 people) as there was no point spending so much money. The meal also included unlimited rice and vegetable, and the folks at the restaurant never even mentioned it. We only found out from a couple who was travelling with us the next day. So, while this guy earned a little more from us, we made a complaint about his services which will ensure no future guests from this particular travel company will ever go there.

It is interesting to note that Mauritius has questions about ethnicity removed from its census (does not believe in the same – every person is a resident of Mauritius. Period), but as per estimates available, about 80% of the population descends from India (mostly from Bihar & eastern Uttar Pradesh whose ancestors were brought as

slaves to work in sugarcane farms by the British in the early 19th century. So, there is not much difference between the ethnicity in India and Mauritius. But, people are SO DIFFERENT. They have good governance, free education, free medical services, loving people and a society that wants to grow. It is a place where a sugar mill worker can have a proper home and his kids can be very well educated. Mauritius behaves like a developed country and has a stronger currency than India. It is difficult to believe that the same people are so different (as a society) in two different setups – India and Mauritius. Those people adjusted and adapted to become a better society, a better organization.

These lessons will stay with me all my life and I will incorporate the same as much as I can in Gyan Lab and my personal life.

Try visiting Mauritius if and when you can. It is a beautiful country with beautiful people!

About the author: Priyadeep is the Founder CEO of Gyan Lab which he started to solve his own problems that he faced in school and college. Gyan Lab is based in Bangalore and provides experiential learning in STEM for kids of ages 6 – 15. This article is a guest post and the author's views are completely his or her own.

You can read Priyadeep's previous guest post: Confessions of an entrepreneur: What I learnt from failures

Suggested read: This pugnacious lot from Manipal University is adamant about spreading some hands-on gyan

Related read: Lessons from the AAP story – why just good intentions are not enough