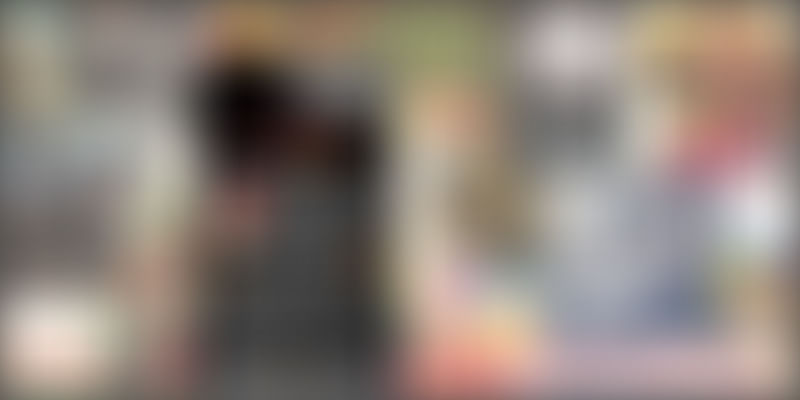 Almost every Indian would agree that ‘we die for cricket and live for the movies’.

While we have various mobile apps to track live scores of ongoing cricket matches, there are very few which bring Bollywood’s latest movie reviews to your hand-held screen. Just like Bollywood is synonymous with Indian cinema, FanMango, a mobile app, aspires to be synonymous with film reviews.

“For the very first time in India, we bring a review platform that will provide the most unbiased, fair and genuine movie ratings and reviews,” says Ashutosh. Importantly, it introduces one of the first public review Bollywood app, where the viewers are the critics.

The app is available for both - Android and iOS platforms. It offers info about newly released movies, last week’s flicks, trailers among several others.

The app is the brainchild of two avid Bollywood fans, Ashutosh Valani and Varun Chopra. They recall bunking lectures in college to go for a movie first day, first show.

This app is built for people who are just as passionate about Bollywood movies and also for one of a kind audience who like to see movies based on reviews. FanMango aims to build a platform for users to rate movies on Android and iOS.

“In today’s busy world where people do things on the go, we are nearing that stage where it is becoming increasingly difficult to maintain work-life balance. Watching movies frequently or seldom is the most convenient and desirable entertainment, provided what you watch is what you like,” says Ashutosh.

“The last thing one wants is to end up in the cinema hall and lose three hours of one’s precious time if the movie did not turn out as you expected or miss a good movie if you based your decision on prejudiced reviews and critics,” he adds.

How is it different from other apps in the same genre?

FanMango is a breakthrough in the movie critic world as one of the very first apps in India to provide public reviews on the largest scale possible spanning Hindi movie fans from every corner of the world, most importantly targeting conventional as well as unconventional audiences.

“You can call it the ‘Google’ of Hindi cinema ratings, with the most unbiased movie reviews in town, straight from the fans,” adds Ashutosh.

The app is based on a simple five stars or Mangoes rating scale (with 5 Mangoes being the highest rating). “There will be ongoing weekly rewards for our frequent users and exciting surprises for users who make it to our royal loyal members list. The interactive mobile app will also tie you in with social media at the touch of your fingertips,” points out Varun.

The startup is planning to hit the social media in the near future to promote itself and is thinking of creative ideas for most of their marketing propositions. The revenue model is still being worked out, but both Varun and Ashutosh believe their primary focus is to offer ‘user experience’, and revenue is just a supplement that is bound to follow once the user base is satisfied.

FanMango has specifically distanced itself from any association with Bollywood entities to make their reviews and ratings the most unbiased and fair in the industry.