Why Art Matters: In Conversation With IFA's Arundhati Ghosh 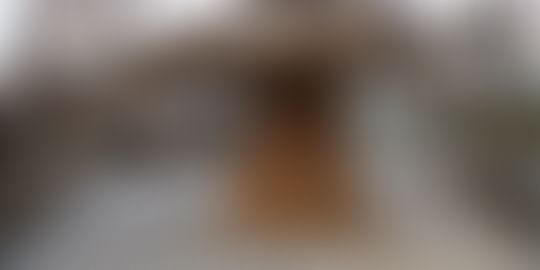 The tagline of the India Foundation for the Arts is ‘Transforming Lives through Arts.’ Arts, that much maligned and misrepresented term that works to immediately put two kinds of thoughts in our heads, either sleep or scorn. Sleep because it is boring or scorn because you believe that it is a fall back option for people who couldn’t get in engineering and other such options. The answer to what it really is and what it does is so simple and crucial to our survival that it deserves much better than the second standard treatment it is meted out. The India Foundation for the Arts has been operating on the philosophy that the arts, in all their diversity, are nurtured and valued because they enrich individual and community life and are critical to envisioning the future of our society.

Arundhati Ghosh joined IFA as its first fundraiser in 2000. She assumed office as the Executive Director on June 1, 2013, after completing 13 years with the organisation. Ghosh has won numerous national and international awards for her work in the non-profit sector including being selected as one of the top three leaders in the city of Bangalore under the ‘Lead India’ campaign of The Times of India in 2008 and recipient of the prestigious Chevening Gurukul Scholarship for Leadership and Excellence at the London School of Economics, London. Here she talk to YourStory about ditching a corporate career for the non-profit and why art matters.

How did you come to be a part of IFA?

I had spent about six to seven years in the corporate sector prior to working here. I worked in advertising, marketing and even ran my own company for a while. But then I became quite bored with corporate jobs. I found there was nothing in it for me in terms of excitement and learning. I wanted a job that would mean more to me than just a livelihood. I was looking around somewhere in the non-profit sector that would interest me. The arts and women's empowerment were areas of particular interest. IFA was about five years old at that time (2001) and they were looking for a fundraiser. I had a conversation with Mr. Anmol Vellani, the founder and then executive director of IFA. It happened almost by accident, it happened almost by chance. I had no idea then that I would be here these many years. But it has been an amazing time.

In a nutshell what is it that IFA does?

IFA supports artistic projects across the country. And by the arts I mean all kinds of arts, like theater, film, photography, research in the art, documentation, productions, films and so on. So we support various kinds of artistic endeavours around the country. The whole purpose of this is to reach support to artists, researchers and scholars who have dreams of certain projects, and IFA facilitates to make those dreams possible.

What is the source of your funding?

Yes, but there are various kinds of donations to make sure that the system is sustainable. There are individual and corporate donations as well as fundraising we do from foundations and trusts. We also host various fundraising events. There is a steady revenue stream and there are many different ways by which we raise money. There is a separate team that looks after this.

There is a separate team that looks after how that money is channeled into various grants, awards and fellowships.

Given that how much the arts are undermined in schools, colleges and mainstream media why do you think the existence of an institution like IFA is crucial to society?

It is true that there is very little importance to arts and culture while we grow up. It is ironic then that how difficult it is to imagine life without them. The first thing that a child hears is a lullaby. We grow up on stories. Every time we want to express ourselves whether its joy, grief or anger we look towards the arts for expressing and communicating. Even before man learnt to speak a language, he learnt the language of music. Look at our cave paintings. It is impossible to imagine life without the arts. It is where life began and it is what will take us forward. Yet we take it so much for granted.

Artist showcase: Indrani Baruah received a grant to construct a raft-like structure in collaboration with bamboo artisans and boat-builders in Guwahati and undertake a two-week long journey, titled Cultural Re-imaginations, on the River Brahmaputra, during which the raft functioned as a mobile, habitable receptacle to gather, share and document stories, songs and local knowledge about food and ecology. Incorporating concepts from visual arts, architecture, vernacular crafts and cultural studies, Cultural Re-imaginations has attempted to challenge the traditional boundaries between art/architecture, artist/artisan, crafts/arts, public/private and inside/outside.

In the thirteen years that you've been with IFA, can you share some milestones achieved and personal rewards reaped?

Thirteen years is a long time and there have been many milestones in that period. The best thing about IFA is that it is a kind of place which grows and develops constantly in dialogue with the field. So our programs have changed, the kinds of grants we make have changed over the years. Watching the grants that we make actually take shape and become stunning works of art that are not only beautiful but also have tremendous impact all around, that is the biggest achievement.