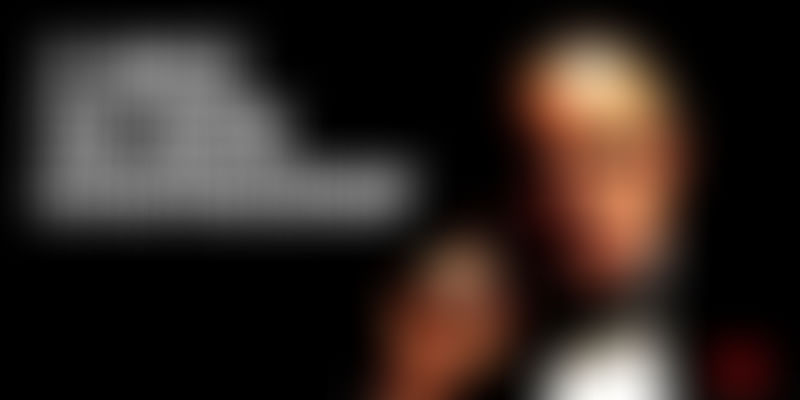 This 2001 documentary follows the rise and fall of a promising startup called GoveWorks.com. Despite a lot of buzz and funding for the company, the founders must deal with in-house bickering and getting too inflated too fast.

Why watch it? There are many takeaways from this documentary. For starters, it illustrates just how detrimental it can be when partners aren’t on the same page. Another lesson learned is how to properly manage a budget after you’ve secured funding.

Greg Kinnear portrays Bob Kearns, the inventor if intermittent windshield wipers. Despite the Detroit automakers embracing the idea, Kearns nevers receives credit. The rest of the film chronicles his battle against these corporate heavyweights.

Why watch it? Having an important idea that can enhance the lives of others, which Kearns accomplished, is important enough where it’s not just about receiving fame and fortune, it’s also important to remember to protect your idea and intellectual property.

Robert Altman’s 2001 murder mystery may not some like an obvious choice, but it's an extremely entertaining film that will keep you on the edge of your seat. But, most importantly...

Why watch it? Making people happy, like having outstanding customer service, is a crucial part of any business. Helen Mirren's Mr.s Wilson states this perfectly: “What gift do you think a good servant has that separates them from the others? Its the gift of anticipation. And I'm a good servant; I'm better than good, I'm the best; I'm the perfect servant. I know when they'll be hungry, and the food is ready. I know when they'll be tired, and the bed is turned down. I know it before they know it themselves.”

PBS released this documentary shortly after the passing of Steve Jobs in 2011. It captures both the highs and lows of one of the most influential entrepreneurs ever.

Why watch it? You can never learn enough from the life and career of Steve Jobs.

Here’s another film that everyone should view at least once. Francis Ford Coppola’s 1972 masterpiece is arguably one of the greatest films in cinema history.

Why watch it? For a moment, forget the fact that this is a movie about organized crime. Instead, learn how Michael Corleone (Al Pacino) took a small family business and transformed it into one of the most powerful and influential families in the country. The Godfather perfectly illustrates what it take to get the top, and how to remain there.

In 1983, Tom Cruise became a pop-culture icon after sliding across the floor in a pair of socks and button-down shirt. While he’s a good time enjoying the place to himself (literally), things get out of hand after he wrecks his father’s Porsche.

Why watch it? Cruise’s character Joel has to think quickly on how to raise some cash to fix the car. Sometimes the best ideas are formed when we’re desperate.

This 2009 documentary follows a group of friends trying to take on the major breweries by launching their own craft beer company.

Why watch it? It’s challenging to succeed when jumping into an established market. However, educating your audience on how much better your product is than the competition is a valuable lesson we learned from Beer Wars.

Both George Clooney and Anna Kendrick were phenomenal in 2009’s Up in the Air. The film focuses on Ryan Bingham, who is hired to travel across the country and lay people off. Kendrick plays Natalie Keener, the nob who is trying to change this tactic through technology.

Why watch it? Clooney’s character is not only efficient, he is also driven by a goal that doesn’t involve giving people the axe. However, the main lesson from Up in the Air is that sometimes it’s best to understand a business model before tinkering with it, which is what Kendrick’s character discovers.

In this 2001 horror/mystery, an entrepreneur in the asbestos removing business takes a questionable job in an abandoned mental hospital. And, this is where the crew, led by Phil (David Caruso) run into some chilling and frightening events.

Why watch it? Sometimes, even if the money is good, you just can’t accept certain offers.

10. Call of the Entrepreneur

This inspiring 2007 documentary follows three driver men; a merchant banker, a failing dairy farmer and a refugee from Communist China.

Why watch it? It doesn't get any more uplifting than watching these three different men from different parts of the world risk everything to follow their dreams. If they can do it, why can’t you?

We know. Another Tom Cruise flick! But, what can we say? This is a guilty pleasure from 1988 that follows young Brian Flanagan and his journey in opening up his very own bar - despite all the bumps in the road.

Why watch it? For starters, it’s just fun. But, as an entrepreneur there’s a lot to love about Cocktail. For starters, Flanagan tries to go by the books, taking business classes and reading guides on how-to-start a successful business. But the real lessons that he learns is from actually getting behind the bar and learning what customers and how to become the best bartender in town. He also has a mentor who isn’t afraid to show Flanagan the tricks of the trade, as well as how cutthroat the real world can be.

Homer Hickman, played by Jake Gyllenhaal, and his friends are inspired to start building their own rockets after the successful launch of Sputnik. Unfortunately, they don’t have the support of their hometown since it’s expected of the young men to become coalminers. With passion and the assistance of a teacher (Laura Dern) they reach for the stars.

Why watch it? Always chase your dreams, no matter what you’re destined for. And, you can never go wrong with a mentor you can help you give you that little push.

After losing his father, Tommy Callahan (Chris Farley) and a reluctant employee (David Spade) set out on a road trip to save the family business. Of course, hijinks ensue, but there’s a lot of inspiration in Tommy Boy as well.

Why watch it? Tommy never gives up, no matter how difficult times get. Even when all hope seems gone, he discovers his inner salesman and figures out how to save the day. You’ll find that being an Entrepreneur you’ll want to give up all the time. Don’t do it. Keep going!

Something Ventured is a 2011 documentary that is from the perspective of Silicon Valley venture capitalist.

Why watch it? Understanding the thought-process of VC’s can be a useful card-up-your-sleeve when searching for funding.

You could say that this is an updated version of Wall Street, meaning that it shows the extremes people will go to to make a fortune - especially when it comes to the stock market. By the end of the film, however Seth Davis (Giovanni Ribisi) discovers that making a fortune at the expense of other’s hard-earned money is no way to live life.

Why watch it? Again, money isn’t the only thing in life, and Boiler Room proves that succeeding financially isn’t the end-all-be-all. However, Boiler Room also shows how you can unleash your inner salesperson when your driver by a goal. And, the film also displays how powerful a passionate leader can be, just watch Ben Affleck round-up the troops (warning NSFW).

Any other inspirational movies that should be added to this list?