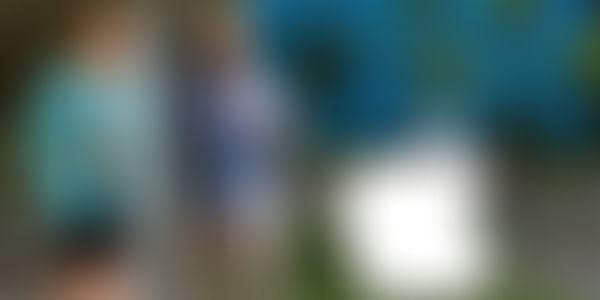 The news of Apple and IBM’s exclusive partnership yesterday has pushed up the stocks of the respective companies by 2%. It was a landmark partnership as Apple doesn’t usually do this type of corporate coalition. This in itself indicates the amount of work that has gone into this alliance.

Two roads diverging; I chose the one less traveled. This line quite sums up the history of Apple and IBM; about 20/30 years ago, Apple’s arch rivals included IBM & Microsoft. Apple and IBM’s road diverged in the PC era, and Apple has fought hard as an upstart. But later in the post PC era, both chose the world less traveled. IBM has become an integrated services provider to business customers across the globe by exiting from the PC hardware business completely and focusing on enterprise computing. Apple stayed in the PC business (iMac) but pivoted to consumer facing devices & service with iPod, iTunes, iPhone, AppStote and iPad.

The prolific analyst Horace Dediu has put it succinctly: “This dramatic turnaround – Apple moving to a device leadership position and IBM moving to a service leadership position – created the conditions for today’s announcement of a strategic partnership; an event which is astounding to those who witnessed the 1980s and 1990s. Were it not for the tenacious independence of Apple and the business model agility of IBM, neither company would be around today to leverage one another.”

The new deal opens doors for IBM to create business apps for the iPhone and iPad users. Usually enterprises have special-security requirements on their data management from the devices that they give to their employees. It seems IBM can now leverage special access to the iOS 8 security features that others won’t have access to. For IBM this sounds rosy; instead of betting on partnership with Google they are now betting their future on iOS devices. The iOS devices reach 98% of Fortune 500 companies and 92% of global 500 executives.

The devices are already in the hands of most enterprise employees, the next step is to make that really valuable by connecting it to the core of the work people do in enterprise by removing security fear and adding big data access at the finger tips.

The deal will make iOS what Blackberry once was – the default choice for enterprise as it could get 24/7 on site support for iOS by IBM. IBM has made a dozen acquisitions in security in the past decade, has more than 6,000 security researchers and developers in its 25 security labs worldwide that work on developing enterprise-class solutions.

According to the company’s press release, “IBM has established the world’s deepest portfolio in Big Data and Analytics consulting and technology expertise based on experiences drawn from more than 40,000 data and analytics client engagements.” This analytics portfolio spans research and development, solutions, software and hardware, and includes more than 15,000 analytics consultants, 4,000 analytics patents, 6,000 industry solution business partners, and 400 IBM mathematicians who are helping clients use Big Data to transform their organizations.

“iPhone and iPad are the best mobile devices in the world and have transformed the way people work with over 98 percent of the Fortune 500 and over 92 percent of the Global 500 using iOS devices in their business today,” said Tim Cook, Apple’s CEO. “For the first time ever we’re putting IBM’s renowned big data analytics at iOS users’ fingertips, which opens up a large market opportunity for Apple. This is a radical step for enterprise and something that only Apple and IBM can deliver.

“Through ‘IBM MobileFirst Platform for iOS’, IBM wants to lend its data analysis, cloud and mobile technology to Apple’s iOS devices to turn them into decision-making tools rather than ones used mainly for email, text-messaging and contacts. The partnership is said to accelerate the technology to re-imagine how work is done in enterprise environment.”

The partnership is focused in four core capabilities:

A new class of more than 100 industry-specific enterprise solutions, including native apps, developed exclusively from the ground up for iPhone and iPad;

New AppleCare® service and support offering tailored to the needs of the enterprise; and

Highlight: The IBM MobileFirst Platform for iOS will deliver the services required for an end-to-end enterprise capability, from analytics, workflow and cloud storage, to fleet-scale device management, security and integration. Enhanced mobile management includes a private app catalog, data and transaction security services, and productivity suite for all IBM MobileFirst for iOS solutions. In addition to on-premise software solutions, all these services will be available on Bluemix—IBM’s development platform on the IBM Cloud Marketplace.

“Mobility—combined with the phenomena of data and cloud—is transforming business and our industry in historic ways, allowing people to re-imagine work, industries and professions,” said Ginni Rometty, IBM Chairman, President and CEO. “This alliance with Apple will build on our momentum in bringing these innovations to our clients globally, and leverages IBM’s leadership in analytics, cloud, software and services. We are delighted to be teaming with Apple, whose innovations have transformed our lives in ways we take for granted, but can’t imagine living without. Our alliance will bring the same kind of transformation to the way people work, industries operate and companies perform.”

Google’s and Microsoft’s eyes will be wide open to gauge the implications of this alliance. Well, its hasn’t even been a week since Microsoft’s new CEO Satya Nadella announced his organizational vision heavily focused on productivity by saying they will "reinvent productivity to empower every person and every organization on the planet to do more and achieve more." For Google’s Android its openness is its Achilles heels – as Android is too open for enterprise market. If you remember, recently Apple CEO Tim Cook at WWDC said Android had 99% of the mobile malware market. IBM has apps on Android too, but this partnership is poised to show it won’t rely on Google. In the meanwhile, Blackberry’s eyes will be moist about this joint venture as it could be the last nail in its coffin.