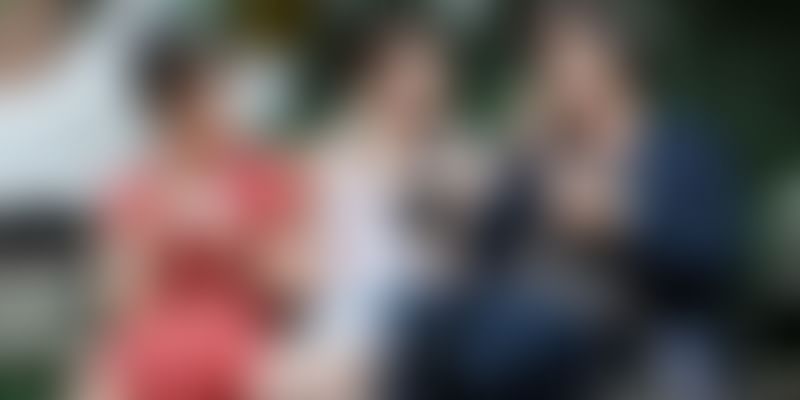 I had the opportunity to watch a quirky, offbeat little film called “Begin Again” last week. Set in New York, this film stayed on in my head – the soundtrack was haunting and eminently hummable, the acting by Mark “The Hulk” Ruffalo and Keira Knightley was top notch, New York and its hotch potch of cultures is captured beautifully – but these were not the reasons it was memorable. It stays on because this film is filled with characters who are deeply flawed, much like everyone in real life, but get over their little hurdles with a subtle grit worthy of celebration.

Here are a few things we as entrepreneurs can probably learn from this movie:

1. Past laurels do not matter much

Dan is a struggling record label executive who has not signed on any new artist in 7 years. One fine day, he is kicked out of the independent record label ‘Distressed Records’ that he co-founded, because the music business has changed and he does not fit into it anymore. His past track record – of signing on multiple top stars, having won a couple of Grammy Awards, knowing the best artists on a first-name basis – did not matter much in the final tally. He is supposed to be the original talent spotter, who can see music arrangements that others cannot imagine, who can spot a diamond in the rough and polish that talent to Grammy-worthy performances, but none of it mattered.

If you are not relevant to the work you are doing currently, your past achievements, revenue generated, sales targets met, your BTech from IIT or your MBA from IIM – none of it matters much. Sure they can open doors for you, but you are only as good as your current work. You have to begin again.

2. You might find inspiration anywhere – keep your eyes open

Dan, who is separated from his music critic and reviewer wife, and daughter, and is a borderline alcoholic, goes on a drinking binge after he is humiliatingly fired from his company right in front of his teenage daughter. As he stumbles from bar to bar on that night, he ends up at an East Village bar for one more drink late at night. There, he hears the heartbroken Gretta singing a song with her tomboyish attire and a simple acoustic guitar. In a beautifully shot sequence, when Dan’s talented ears listen to Gretta’s solo, he sees the complete music arrangement with the piano, the cello, the violin and drums all playing on their own, in tune with her singing. We learn gradually that Gretta’s boyfriend Dave Kohl (played by Maroon 5 front man Adam Levine), an upcoming musician had fallen in love with someone else while on the road, recording for his new album. Gretta is now living on a couch in her struggling musician friend’s tiny apartment.

Your next gig’s inspiration could be hidden anywhere. In that blog you forgot to read, in that meeting you just avoided because you were too busy, in that JD Salinger biography you have been postponing to read, in that new AR Rahman song that you haven’t had the time to sit and enjoy. Make time for inspiration to walk in amidst your ‘busy’ schedule.

3. Dance to your own music – it’s the only dependable thing

The drunken Dan stalks Gretta till she agrees to postpone her flight to England and stay back in New York to give recording a shot. He takes her to meet his partner from the record label, who promptly refuses to see any potential in Gretta’s songs. As they are sitting in a café and bouncing off ideas, he comes up with a radically new idea – of recording Gretta’s songs in the streets of New York over the next few weeks, ambient noise and all. As they go about putting together a team and writing and composing songs, Dan and Gretta bond over shared love for plain old music. One night, they take a splitter (a 2-jack output for 2 sets of earphones) and walk around New York listening to each others’ music collection on their respective headphones, oblivious to the world. In one of the quirkiest moments in the film, they come across a song that they “have to” dance to! So what do they do? They sneak into a night club, get on the dance floor, and dance to the music that is playing in their earphones, completely drowning out the night club’s dance music.

Sometimes as an entrepreneur, the only person you can depend upon is yourself – the rest is not in your control. It is good to draw from your experiences, to march to your own beat, to see a vision that no one sees yet. The world might be playing a different tune, but you’ve got to find your own melody to hum. That might be the difference between survival and oblivion.

4. Look around you – everything you need to get started is already there

Necessity forces Dan and Gretta to put together a very talented team on a shoestring budget. A very talented but bored piano teacher who plays the piano at ballet school to make ends meet, a brother-sister duo who play the violin and cello who are willing to experiment, drummer and bass guitarist funded by Dan’s old friend rapper Ceelo Green, and even Dan’s daughter who he does not know plays the guitar. Gretta’s friend Steve turns out to be the sound engineer. And they are set for their adventure! They record on rooftops after paying off a building supervisor, they play in alleys sandwiched between dingy apartments, they play in subway stations till the cops chase them away, they play on the beautiful lawns of Central Park, they piss off neighbouring residents and they even pay five dollars to a bunch of kids and use them as chorus.

5. Clarity of purpose is the most important attribute you can build

Apart from the music, the true hero of the movie is Gretta. She starts off as a naïve musician who has lived in a bubble, oblivious of how the market works. She does not want to compromise on the spirit of a ballad and transform it into a crowd-pleasing number, she does not want to record and go through the same compromises that every artist goes through. She loves, writes and creates music for the sake of it, because she loves doing it. Although Dan is the driving force of the album, Gretta’s sincerity is what shines through in her music. The same clarity in thinking is what stops her from going back to the repentant ex-boyfriend who comes back to her.

I’ve read somewhere that most startups do not starve, they drown. It means that as entrepreneurs, life throws a hundred things at you and you feel like doing them all. But successful entrepreneurs are those that forget all those distractions and focus on their vision with single-minded clarity.

Coming back to the movie, how do Dan and Gretta release their album to the world? Do they end up together? Watch the movie to know!

Have you seen the movie? Share what you felt below.