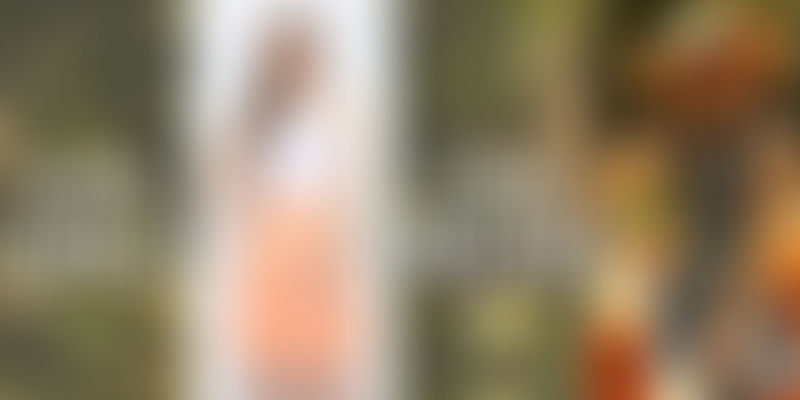 In the world of e-commerce, we all know of big names like Flipkart, Myntra, Jabong etc – all marketplaces. While the marketplaces provide everything, we see many private labels regularly on these sites – these are brands that are the actual manufacturers of products that these marketplaces sell. FabAlley.com is one such private brand whose products can be found across all marketplaces.

While the big channels are important partners in their journey, FabAlley has set out to carve its own space as a brand.

YourStory caught up with the founders to discuss the plans.

FabAlley was started by Tanvi Malik and Shivani Poddar, who quit their high-paying jobs in Titan Industries, Unilever and Avendus Capital to follow their dream of entrepreneurship. “We were both working in the corporate sector and we found a huge gap in terms of fast fashion which was not available in India at that time at affordable prices. So there was Zara, Mango which cost Rs 2,500 or more, then Chemistry was in the range of Rs 1200-1300.But if you are looking for something like Zara in the Rs 900-1000 price point, there was nothing,” shares Tanvi.

The Rs 900-1000 price point is what Indian women normally prefer buying things for regular wear, and Tanvi says there was a gap there. Nothing was available in that space, either online or offline.

Besides their personal experience, the duo also conducted a market survey with 500 women whom they spoke to either directly or through a questionnaire. And 60% women agreed with the gap that they had found in the market. The only brand that had some play in the space was Forever 21that had a handful of stores across the country. “That was the starting point, we knew this was the space to come in and we needed to have about 1,000 styles any point of time. We shuffle about 200 styles every month, and offer products that can compete with international brands at Indian prices,” states Shivani proudly.

However, before embarking on this path, the original plan of the founders was to be an accessory-only store. They started on the same premise and sold jewellery, shoes, bags etc for the first four months. However, along the way they quickly realized the market for a pure accessory brand was not that high, and decided to add clothes to the lineup.

Today about 85% of their business comes from clothing, and since starting in June 2012, Tanvi claims, they are already profitable and make Rs 1 crore revenues each month. In the last three months, she says they have grown 60% month-on-month.

Design for all clothing products on the site is done by their in-house design team, while they have tied up with vendors in China, the UK, etc for sourcing accessories. “It was a challenge to get manufacturers, but as one of the directors on board also runs an export house and had the requisite backend, starting out was not too difficult,” says Shivani. The initial few months were slow as the volumes were less, but as they scaled up many vendors agreed to work with them.

FabAlley, says Tanvi, is all about fast fashion – something that is trendy, new and fast moving. So the FabAlley team starts work for new releases two to three months in advance. Their cues come from trends around the world, fashion trends on global high street and past fashion trends that have found favour in India and abroad. Similarly for accessories, FabAlley describes the trends they like to their vendors and the price point they are looking at, and then select products from the styles that the vendors come back with.

Women between ages 22 and 30 are predominant shoppers on FabAlley, and a bulk of them come from Delhi, Mumbai and Bangalore. Tanvi says they will continue to expand to other metros and Tier 1 cities in the near future, while they devise a strategy to enter Tier 2 cities.

As an online brand, bulk of FabAlley’s marketing has been online through Facebook and Google. They are also working through PR agencies and magazines like ‘Cosmopolitan’ and ‘Grazia’ to spread the word. Fashion bloggers are also an important part of FabAlley’s marketing mix. “We work with a lot of fashion bloggers like High Heels Confidential, POPxo – who have a good following. So we do contests with them, advertise with them. One our site you will see something called the Look Book, so we shoot the best fashion, put out a lot of content which also helps in better customer engagement,” explains Tanvi.

The founders bootstrapped to start FabAlley, and have also received angel funding from an investor of the Indian Angel Network. Today the startup has a team of 32 people managing affairs, and most of the team members like its customers are under the age of 30. “It is a very hungry and dynamic team. There are pros and cons with the team, but there is so much to do and go to the next level that they all have enough things to deal with,” says Shivani.

Talking about the future, Shivani says they will continue their focus on women – at least for the medium term because there are still many areas within women dressing that they have not touched. And as for plans to get men and children into the fold – that will be for sometime later, she says.