Why did Flipkart hire Rajnish Baweja as Finance Controller 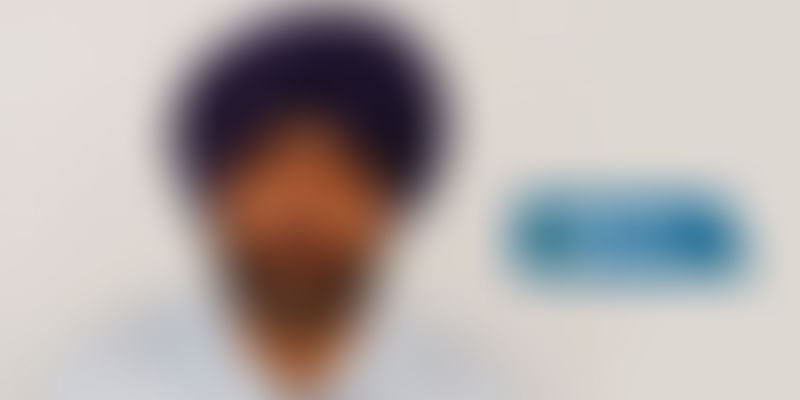 Recently Flipkart’s new hire created ripples in the media. Until now, Mr. Rajnish Baweja was relatively unknown in the Indian e-commerce industry, but popularity was not one of the top qualifications Flipkart was looking for while hiring their new Finance Controller. But the bigger question everyone is asking is what made Rajnish leave a conglomerate to join the Indian e-commerce darling.

After acquiring India's largest online fashion store and raising $210 million from DST-Global, is this hiring a strategic step in the direction of an IPO?

We got in touch with Rajnish, the new Finance Controller of Flipkart, and Mekin Maheshwari, the CPO of Flipkart, to understand the reasons for this decision and to get an insight into the new strategic hiring at Flipkart.

Rajnish is a Chartered Accountant with 20 years of experience in strategic & operational finance. He was initially into merchant banking and in 1997, joined Spice Telecom in Chandigarh. Rajnish says, “I was a part of the team which was responsible for the launch of its operations. I was also involved in setting up the finance division for Spice Cellular in Chandigarh.”

Rajnish spent five years with Spice and later joined Airtel in Chandigarh. He helped Airtel launch its operations in Punjab and Haryana in his multiple roles in the organization. His last stint with Airtel was in Nairobi as the Financial Controller of Airtel Africa. Prior to joining Flipkart, he was the Regional CFO, Anglophone at Bharti Airtel International (Netherlands) B.V., Nairobi, Africa.

From a conglomerate to India’s e-commerce biggie

Flipkart is known for an environment that is transparent, and encourages a high level of ownership and independence of thought. Added to that, e-commerce is one of the fastest growing industries in the country today and I’m delighted to be a part of this growth story.

The decision to join Flipkart was a well thought out one and the possible reasons behind it could be:

However, Rajnish feels that the challenges he faced in Africa were different. On the other hand, India has an entirely new business environment and way of functioning. He still finds doing something new and different appealing. He adds, “With the massive evolution that the Indian e-commerce industry is witnessing today, the move to Flipkart seemed like a perfect next step.”

What made Rajnish the right candidate for Flipkart?

Rajnish joined Airtel when it was literally creating the Indian telecom industry and he has been active in driving business growth through this evolutionary phase. As a result, his experience and the challenges that he has handled are extremely different from those that are seen in companies that have reached a more stable and therefore slower pace of growth.

Mekin believes that Flipkart is in a similar phase, with both Indian e-commerce and Flipkart witnessing explosive growth. He adds, “The kind of learning curve we offer at Flipkart is displayed by very few companies in India. We are actively creating an ecosystem today, and the scale and complexity we have achieved in the past three to four years runs parallel to what larger companies have taken decades to achieve.”

Consequently, there are a lot of processes and systems that need to be set up to help Flipkart scale and the management feels that Rajnish’s learnings from his past roles, his ability to steer growth and handle rapid changes in similar environments are all going to be hugely valuable in this scenario.

While Rajnish’s hiring drew media attention, Flipkart has constantly been adding many more key people in strategic roles. Some of their recent hires include:

Having worked in key roles across companies and geographies, these hires come with a wealth of experience that will be extremely valuable for Flipkart towards becoming a world-class company from India.

Rajnish thinks that it’s too early to comment on any specific plans. He says,

Every industry and its key players undergo an evolution. And Flipkart, as the market leader, will be seeing a lot of changes as the industry matures. The challenge is to manage the growth and take the business to the next level as we continue to scale up.

Is it as a step towards going public?

Though non-committal about the hiring being a part of a larger plan to go for an IPO, Mekin says, “What is significant about these appointments is that it highlights the fact that we are now at a stage where we can offer prime opportunities to people who are looking for creating a huge impact.”

The strategic hiring continues at Flipkart, and as Mekin mentions, “We are looking for strategic members who are used to a massive growth pace, who thrive on challenges, understand the intricacies and opportunities behind creating an industry and partner the teams to the next level. Rajnish is a great fit – and we hope to get more people like him on board.”