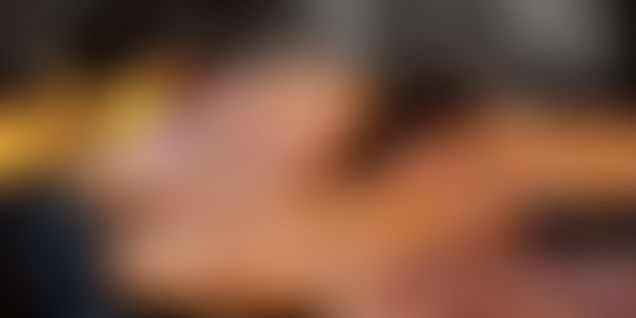 If you’re planning on killing the monotony of your quotidian routines with nature’s gastronomical remedies, it’s time to get out of home and brave the rains to sink your canines right through the marrow before your restaurant drives to another location.

Food trucks have come a long way from being roach coaches. You’re more likely to associate food trucks with cities like New York, Florida or California. By comparison, India has a far stronger street food tradition. Out on the streets right now, come the Maghreb prayers, you’ll find yourself wafting with the fragrance of batter-coated meats, pulses and vegetables noisily splashing in oil.

There is an established culture of street food, yet we don’t see a hundred food trucks seamlessly blending in with the delicious scenery in Bangalore.

In this disappointing non-development, a few lone warriors have taken to their engines with a burger perched on their tridents.

A New Beast Is On the Roads: GYPSYKITCHEN

Shakti Subbarao was a freelance corporate trainer. Deep in the corporate dome, he felt he was betraying the gypsy inside him that wanted out. After 14 years in the trade, Subbarao ditched the tie for a grill, with the support of his wife, Norma Ross, whose recipes, he says, ‘make the food what it is,’ and brother-in-law Steven Ross, the BHM brains.

His wife being Anglo-Indian, Subbarao’s plan was to start a restaurant in Goa that served biryani, roast chicken, beef and sandwiches all richly flavoured in the Anglo-Indian style. But, with twins on the way, Bangalore became a far more permanent destination of sorts. The gargantuan task of finding locations for a restaurant at the right price seemed fairly insufferable. A long-time watcher of Fox Traveller’s Eat Street, the idea naturally struck him: there’s never enough street food, anyway. Why not just take my restaurant with me wherever I go?

With the help of his brother-in-law, Subbarao set up shop. Things came fairly easy, and regulations were the same as for any restaurant. With a truck parked in the drive way, it was serious business.

Trailing the streets of Kammanahalli, Koramangala and Vasanthnagar, Subbarao feels he’s confident with where GypsyKitchen is headed, running for a little more than 5 weeks. For Subbarao, Friday the 13th of June, GypsyKitchen’s maiden tour, couldn't have been luckier.

With a largely chicken-based menu of burgers, sandwiches and hot dogs, including vegetarian dishes, there’s an eventual plan of introducing bacon, ham and beef. Subbarao doesn't mince words: ‘Everything we get... we keep in mind the requirements of our customers, whether it’s using pork or beef. We even serve vegetarian separately. Yea... we definitely understand people’s needs. Customer trust and satisfaction is very important to me.’

‘When we expand to multiple trucks, I want to experiment more with the food.’

Though he has his reservations about introducing the largely alien, but diverse, South-East Asian fast food cuisine, including South American and European flavours is a no-brainer. It’s a part and parcel of experimenting with food, because, at the end of the day, he exclaims, ‘To me... it’s about food. The passion... cooking it... I love food, and I want people to eat great food. We bring quality – everything is fresh; we bake our own bread and buy our supplies fresh from local markets.’

Their older competition, so to say, is the The Spitfire BBQ. On the run for 2 years Subbarao rubbishes any idea of a rivalry. ‘We work together. They make great food, and it’s good to have more people in this business. There’s no such thing as a rivalry at all, actually. We cook different kinds of food, so it just adds to the diversity.’

Eventually, Subbarao hopes to take GypsyKitchen into colleges, universities and cultural festivals. It’s an opportunity well worth dipping head-first into. Though, he cautions, the biggest challenge would be balancing resources and pricing. ‘With universities,’ he says, ‘it’s about pricing... there are a lot of people, and we still do need to make a profit. We need to see how much students are willing to pay. So, it’s a challenging situation, but we’re working on it.’

Though initial hiccups delayed the start, Subbarao proudly calls his food truck his black beast prowling the streets for a hungry meal.

‘There was already another food truck plying the streets of Bangalore, but it never bothered me. Like I say to some of my friends, street food will never be the same again, and I would love to see more good food trucks line up the roads of Bangalore.’

The Other Beast Plying the Streets: THE SPITFIRE BBQ

Siddhanth Sawkar’s venture into food truckism was borne out of a need to shake him out of a rut. Working at a luxury boutique in Chikkamagaluru, Sawkar felt his creative demons being washed down into a simmering puddle of bland sauce. Bangalore seemed the best destination to open a restaurant where his food could steam with the essence of his soul.

‘I wanted to open a restaurant. To be honest, I started the food truck as a stop gap – it was a prototype to see if it catches on.’

And, that was how The Spitfire BBQ began 2 years ago by the ambitious 23 year old. For the first 6 months, business was swell, but, recollects Sawkar, ‘It started to take a hit. So, I decided to put this on a hold, and do my Masters in Italian cuisine.’

After receiving his Masters degree, Sawkar gave the fire truck business another kick-start. Two years down the line, Spitfire BBQ is still a success with a steady flow of new and regular customers, rotating menus and a well-oiled engine.

Sawkar’s passion for good food means he ensures quality and diversity. When asked about what he thinks about there being no real food truck market to dominate, he says, ‘Well, my aim is to encourage the culture of food trucks. I definitely encourage more food trucks on the roads.’

But, what happens when glamorous trucks with their vinyl and sheen park themselves around old-timey popular restaurants, and give restaurateurs challenges they've never really seen up until now? ‘Actually, we got full support from places like Koshys! We've had a few problems in Koramangala and Indiranagar, but nothing big. We've been around a lot, like Sahakara nagar, Yelahanka, Indiranagar 6th and 12th Main, Indiranagar Double Road and Kammanahalli. And, people like coming to us. We've had customers come from J.P. Nagar when we were in Domlur.’

Sawkar stresses that anyone can essentially cook. There’s a basic skill in adding ingredients to a pot at the right time, to come off with a perfectly palatable dish. But, when you’re going to make a business out of food trucks, a little added technical know-how about how engines work and trucks function goes a long way in saving money without compromising on any aspect of quality.

Spitfire BBQ goes the extra length in baking its own bread, buying fresh vegetables from local markets and farms to cut cost. With running a food truck, there isn't a hierarchical structure to fuss over, so you have direct control over quality assurance, something Sawkar believes is a real advantage for those in the business, and in building customers’ trust – an opinion equally shared by Subbarao.

Spitfire BBQ changes its menu nearly every day, with 3-4 new items daily. But, the challenge of putting out great dishes keeps the cerebral juices flowing, a creative thrill that every chef worth his salt needs.

India being no strange to meat politics, it was bound to come up: how do you create a balancing act between the pork vs beef vs all tricky waters? Sawkar is precise and honest: ‘We’re actually introducing the more ‘socially-unacceptable meats’ slowly. We have a lot of Muslim customers, and I make sure all our meat is halal. We even pre-cook our bacon at home, so it never touches the BBQ.’

With business picking up even more since the past two months, Sawkar is in talks with investors to expand. ‘I’m looking at 6 trucks in 5 cities, so 30 trucks in total.’ In terms of new challenges that face him, he says, with restraint, ‘Well, hiring... it’s gonna be on the lines of getting people who think on the same wavelength as me, and the same passion for food... it’s not about money, for me. It’s about cooking great food.’

When you’re in a business that sells food on the streets, it’s natural to want to take advantage of India’s many religious and cultural festivals. Ramadan itself has food stalls erupting from the dilapidated asphalt of worn-down popular streets across Bangalore. It’s a golden opportunity, but taking The Spitfire BBQ to these destinations hasn't been a priority: ‘When it comes to these festivals, you generally wanna walk around and see stalls being put up by people who have a connect with the festival. I would love to, you know... But, I know that probably 70% would accept my menu, the remaining would probably shun me [laughs]. Also, a lot of these stalls are actually sponsored by restaurants, so... it’d be too much hassle to get into that.’

Subbarao is of a different opinion. ‘We’re already talking to people, actually. I don’t want to just park there, you know... you can’t. But, I feel they’ll be very open to us being a part of their culture and the festivals. It’s not something we’re looking at right now, but as we expand... in the future... yea, we’re definitely thinking about it.’

There’s some amount of meticulous planning that goes into propping and prepping a food truck, spot-selection one of them. But, what’s common here with these new endeavours is the passion behind serving people the best of best, and accommodating the various cultural styles and requirements. There’s thirst to allow people a means to discover intense motley of flavours by treading a fine balance between bland replicas and over-enthusiastic use of ingredients.

In the end, it’s all about the food, the wheels and a non-stop journey to cement food trucks into the Indian street food culture, and the beasts are hopeful about being part of a bigger pride.

You can follow GypsyKitchen and The Spitfire BBQ on their Facebook pages, where they regularly updates news about their location and menu for customers.