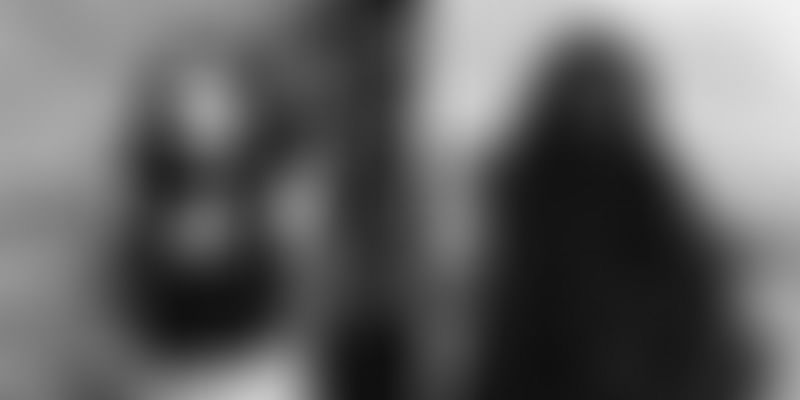 India has increasingly been scrutinised for its lack of safety for women and high rates of gender-based violence. Almost equally concerning and alarming were the responses doled out. From victim blaming to excusing perpetrators because “boys will be boys”, there hasn’t been a dearth of apologist statements attempting to justify violence against women.

Two young girls decided that enough was enough after watching a viral video that depicted a possible correlation between Bollywood and mindsets that contributed to gender related harassment and violence. Ria Vaidya and Shreena Thakore, undergraduate students at Brown University, wanted to do something that dealt with the problem at its core. They launched their campaign ‘No Country for Women’ in an attempt to alter mindsets. The campaign aims to educate young adults about rape culture by conducting workshops at schools and generating a dialogue. The workshops will explore issues such as the correlation between the media and gender-based violence.

Ria is a neuroscience student at Brown University and much of her schooling revolved around science, including research projects at NIMHANS and working in a lab that studies cognitive control and memory. Shreena started off her academic career as a Philosophy major before deciding to double major in Computer Science and Comparative Literature. They are both third-year students and met on the first day of Brown and have remained friends ever since. “Our friendship is fuelled by weekly bubble tea sessions, YouTube comedy, SpongeBob references and rants about social contemporary issues,” they tell SocialStory.

‘A culture of victim-blaming’

Shreena described an incident from when she was eleven years old and was led to an auditorium with 200 other girls for a ‘special assembly’, while the boys were out for their Physical Education period. The principal of the school cautioned the girls by saying: “Don’t wear sleeveless clothes and come to school; you will be to blame if something happens.” As an eleven-year old, Shreena did not comprehend the full extent of this statement but felt confusion at the fact that only girls were the recipients of this message. After a couple of years, Shreena understood that her principal was essentially saying that the bare arms of the girls would be the reason for the unjustified actions of others.

“As a victim of multiple molestations, it took me a long time to be able to look back and reflect on the way in which the culture of victim-blaming in India is cultivated. It was the process of introspection that drove into me the importance of understanding the social factors that led to sexual violence, ” she says.

How a friendship led to a movement

Shreena and Ria began discussing these issues when they met at a pre-orientation program at Brown University, which was designed to be a safe and open space to discuss issues of sexism, racism and classism. They attribute their friendship as the reason for their growth during their collegiate experience. Whilst watching the viral video titled No Country For Women by the Transhuman Collective, they reflected on their conversations, personal experiences and incidents. This led them to notice cultural elements that reinforced violence against women. They recognised that for effective solutions to emerge, understanding the relationship between all these factors was essential. “Since the ultimate trigger for the project’s development was the viral video, we decided to name our campaign after it,” they explain the reason for their campaign’s title.

A combination of education, conversation and action is how they plan to make a difference. Workshops in schools and a two-day conference will explore the interrelationship between rape and Indian culture, and also assess existing solutions. They hope to create a constructive dialogue between the public through social and mass media. By funding and promoting proposals as well as building a network of activists, their aim is to create and facilitate long-term solutions. “Our most important goal is to be able increase general understanding of the social and cultural causes of gender-based discrimination and violence in India,” Shreena and Ria say. Though rape is often viciously condemned, the role of gender roles and the portrayal of women in the media is not discussed or explored. What Ria and Shreena are attempting to do is expose how gender- based violence is tied to certain cultural elements that allow it to exist. Another important aspect to their project is to empower the youth; as young personalities, they believe that the youth has an immense amount of potential to be harnessed.

Trials and surpassing them

A hurdle that they encountered was the inertia and apathy they faced when they set out to conduct their campaign. Even though they have been in Bangalore for the past month, it was a challenge to get people to listen and care about their campaign. “You have to explain yourself once, twice, 20 times until people finally start to listen. Getting through to educational institutions was incredibly difficult at first but the trick was to find people within those structures that were as passionate as we are,” they say.

Spreading the word about their campaign was also no easy task. However, Rishabh Singh, a colleague who set up their website and Soham Sarcar and Snehali Shah, who helped them with their social media presence, enabled this. “Our partners at YourStory, especially Aniket Dey, were also helpful at putting us in touch with the right people to get our voices heard,” Ria says.

Even though their age was occasionally a deterrent in approaching institutions and figures of authority, they believe that their youth is an important advantage in dealing with students. Elaborating on this, they said that, “We are just over their age, have been through many similar experiences and find it very easy to relate to them. As we can connect with them so easily, we can impact them far more strongly – as peers rather than authority figures.”

Making India A Country for Women

Primarily funded by the Projects for Peace Fellowship, they have also received support from other organisations and individuals. “We are currently accepting further donations, sponsorships, partnerships and all other forms of support in order to create as much of an impact as possible,” is what they end with.

‘No Country For Women’ is attempting to make India a country of gender equality by empowering the youth to challenge patriarchal mindsets that hurt both men and women. They don’t just want to tackle the issue of violence but also the various factors that foster gender-based violence.

Enable and support the difference ‘No Country For Women’ is making by visiting their webpage, Facebook page and Twitter.