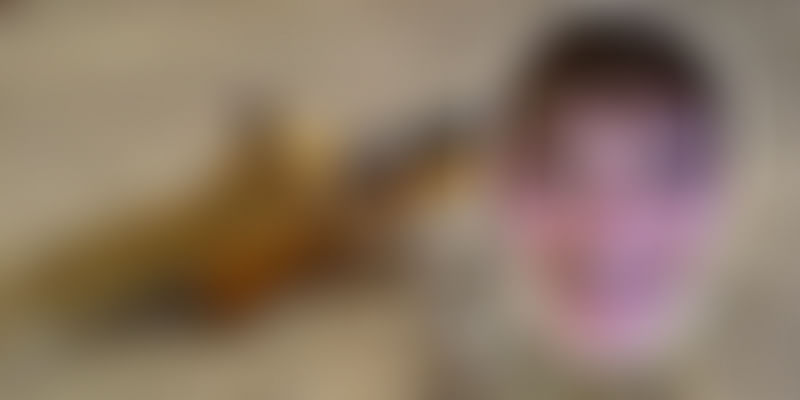 If your startup owns a ‘verb’ then you are onto something! Just like the words, tweet & pin were owned by a startup once upon a time. Now the word ‘hunt’ is owned by a small startup.

If you are into discovering new apps and products, you will love Product Hunt. I love discovering new products. That is what took me to TechCruch when Arrington first started it. That is what tuned to me Kara & Walt during their gig at AllthingsD. In fact, in my church we’ve interest-based Bible study groups. We call it life group; there is fishing life group, there is tennis life group, there is movie life group, and there is baking life group and so one. The one I lead used to be ‘App Discovery’ life group. Once in a month as a community we used to come together armed with our iPads & gadgets to discuss and discover apps. So my falling in love with Product Hunt is only natural.

As much as discovering new apps is fun, but with thousands of them competing for your scarce attention, it can be quite daunting. When the noise is higher by magnitude than the signal you need a platform like Product Hunt where the community helps in sifting through the noise and make the gems rise to the top as a cream.

What is Product Hunt and how does it work?

Product Hunt is basically a daily leader board of the top ‘hunted’ products.

To put it in the most crude way; it is a crowdsourcing platform where Products-meets-Reddit’sAMA-meets-HackerNews-upvote-meets-upworthy-virality.

It does allow handpicked group of influences, VCs, entrepreneurs, developers, journos, and other technology enthusiasts to post links of interesting new products – apps, sites, and hardware, along with tagline and ultra-short descriptions.

At present, less than 1% of the audience can submit & comment. But any visitor can upvote the submission they like. Every day the homepage refreshes and a new list is started – the previous day’s list will be emailed to members.

In Product Hunt once a product is hunted (submitted) more often than not the founder (or the app maker) will join the conversation around the product to answer questions, the conversation is usually pretty frank and engaging. Ryan Hoover, the Founder of Product Hunt, said about one of his favorite conversation on the platform “…with Alex from Instanerd: in the thread people made suggestions on how to improve in the morning and later that night he made those updates on the site.”

@DexemConnect I just downloaded the app!! Very excited to have discovered you on @producthunt. Will follow up.— Michelle Tandler (@michelletandler) February 28, 2014

But beside the discussions, many developers admit Product Hunt drives quality traffic organically. See what happened when Chris launched Button on Product Hunt. For those of you who are data savvy there is another post comparing Product Hunt, Hacker News and TechCruch.

Many VCs are tuned to PH to increase their deal flow and to stay in the know. According to MatterMark, close to 206 deals might have been sourced on Product Hunt.

The entrepreneur behind Product Hunt

Ryan Hoover is a 27-year-old entrepreneur based in San Francisco. The people there talk about product launches more than anything (may be not more than lunches), hence the inspiration came from his environment as a natural progression of need. “If people love talking about product, why not have a place dedicated for it?” So in November last year, he started MVP mailing list on Linkydink to share cool products with his friends. Later, he reached out to Nathan Bashaw to help in designing the dedicated site. Bashaw did the initial site over the Thanksgiving weekend.

Once Ryan saw the traction it became clear that Product Hunt needed to become a company so he quit his day job and started a part time job in order to focus his time and effort on Product Hunt. Bashaw was working for General Assembly, he decided to remain there and step aside from being a co-founder. He said in his post, “Product Hunt deserved more than a half-distracted co-founder.”

The traction and the Product Hunt evolution

It has over 30,000 email subscribers, and over 10,000 daily visitors (6,000 to 8,000 unique).The traffic doubled in the past two months. In terms of monthly actions on the platform, the site handles more than half a million clicks as more products get hunted from diverse geographies. At present, 40% of its traffic comes from outside of the U.S. mostly from the UK, Canada, India, France, and Germany.

The current trend is many products first appear on Product Hunt way before weeks or month the tech press gets wind of it – talk about disrupting ‘getting press coverage’ for startups.

It is now increasingly becoming the go-to place to learn about products, whether it is from those pushing new feature updates or launching a new product. (Before anyone in the Press talks about YO, I discovered it on Product Hunt, Eureka!)

Product Hunt is joining the new class of Y Combinator. YC has run one of the best communities commenting board Hacker News. They’ve learned a thing or two about building community products that scale. (Let’s see how they are going to help Product Hunt reach the next level. Even the legendary Reddit came out of YC.) Natash from VallyWag has chatted more with Ryan regarding Product Hunt & YC.

Ryan said he has already raised some funding round, though he didn’t want to get into the details. (The last I checked Jason Calacanis was feeling sorry for not participating in the closed rounds, I guess there are many who feel the same).

Product Hunt has already started bringing in revenue of a few thousands of dollars from their Jobs listing vertical. Companies pay to advertise job openings to the niche community. In the future, Product promotion is one of the clearest paths of monetization.

What can entrepreneurs learn from Ryan Hoover?

It’s ok if you are not a developer, Ryan isn’t an engineer either. If you have clarity of understanding of the problem being solved, and you can go out & use your resource (relationships) with developer community. Magic happens.

Remember this. He hasn’t seen the movie were they say: “Build it they will come.” Even if he saw it, he chose to forget it. As an entrepreneur he has incredible outreach tactics from the way he curated his initial influencer to the way he engages in a way that doesn’t scale.

He made sure that Product Hunt is used by some truly influential product people, and in turn these guys have spread it to their social graphs, as a result aiding in accelerating its growth.

Ryan is always on his toes to jump and be part of a Product Hunt conversation – not just on twitter, but anywhere on the web when PH is mentioned.

He personally mailed key influences and friends; got early feedback which led to the buy-in and momentum. I’ve observed he constantly reaches out to news subscribers personally to make people feel special and welcome. When I signed up, we interacted and he gave me a heads up about the community. What standards I should uphold and what’s the best use practices that shaped my interaction with the product.

He built the product in public -- that got people excited and invested in the process -- many of them suggested and commented on features. Just like Twitter’s community invested in inventing @mention, #Hashtag and RT. Product Hunt is has mastered co-creating, (example: Screenshot from InVision). He also connects with his community via his Product Hunt Radio Show.

Do things that don’t scale. Because the initial people whom you’ve engaged will take it upon themselves to help you scale to the next level.

Product Hunt democratizes, if not eradicates, a power that was once bestowed and concentrated only in Silicon Valley social circles, where products will be heard first and adopted by a privilege few.

Now a guy in India and Africa can know about the most kick ass products, even before the tech media in the Valley discover them. I could give so many examples where I came across a cool products on Product Hunt and a few weeks or months later the ‘big media’ covered them.

Go hunt--->  http://producthunt.com and share with us the best hunts you’ve come across.