Hiring right, how to retain talent at a startup? 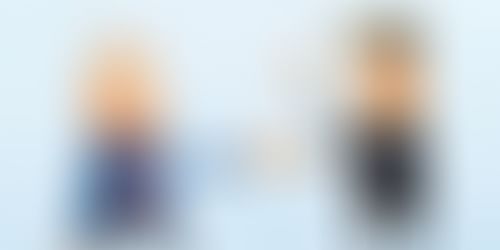 Hiring and building a team is probably the biggest factor that contributes towards the success of a growing startup. How to build the right culture? How to decide on a pay scale? What are the best practices to be followed while building a team? These are all questions a startup grapples with continuously. We got in touch with some companies across scales and geographies, including the super high growth Zomato to figure out some of the issues.It is only obvious to try out various channels for hiring -- from job listings to social media to HR consultants to referrals. Different things work for different companies. The most important thing is to find a cultural match. “We think of culture like eating – it is absolutely essential in our everyday lives, and it is everything that we stand for,” says Upasana Nath, Chief Recruitment Officer at Zomato. The interviews process is very important to understand the candidate well in this stage.

“Hiring someone isn’t simply a predefined interview process, but a series of conversations across various internal setups, it goes a long way in helping you pick the right talent,” says Upasana. Every company should have their own make-or-break factors when it comes to identifying a hire.

For Zomato, it is zeroing-in on someone who fits in with the organisation culture. There are several tests and conversations one goes through. A potential Zoman must have the can-do attitude, be willing to get their hands dirty, have a likeable personality, and must share similar values as those of the organisation. “Over a period of time, we’ve come to realise that there are two kinds of people – the ones who want to learn, and the ones who don’t. If, as a community, we can bring together people who want to learn, half the battle is won,” says Upasana.

For Foradian, an upcoming education startup, the interview process is very rigorous. “Almost all the candidates we recruited go through 3-4 rounds of tests and interview done by different people before being selected. Some hiring can go up to 6 rounds,” says Vishwajith A., the HR Manager at Foradian. LinkedIn seems to have worked best for them while sourcing candidates. And it is of utmost importance to hire right from the very beginning because that is how the company’s culture would build. The first few employees would be pivotal in spreading the message further through the chain.

Introspection when a person a leaves

Going deep into why a person wants to leave can also be revealing. Attrition is something every company has to deal with. Talking about the issue, Upasana says, “Given the pace we’re growing at, sometimes the organisation grows faster than you. When people leave, we do introspect and try to understand why, and if we could have done something differently to make their experience at Zomato a better one. That said, a startup’s success depends on how fast we can move forward as an organisation. Attrition for the right reason, might be a good outcome, but of course not attritions.”

Once a company has the ball rolling and enters a more stable stage, retaining talent can be a problem. Rajat Dhariwal, Co-founder of MadRat Games (read about them), floats a very interesting thought, “If you want to build a ship, don't drum up people to collect wood but rather teach them to long for the endless immensity of the sea." This line was said by Antoine de Saint-Exupery and holds very true in a startup’s context. Industry pays, a fun environment and all are great addons of working at a startup but it is the vision and the work a person gets to do is what matters most.

Some pointers to keep in mind:

These were some of the points that came out from our discussions and we’d love to hear from you on what has worked at your organization?

[Looking to hire? Try using the YourStory Jobs Board]

Common pitfalls to avoid while hiring

Hiring experienced folks for your startup