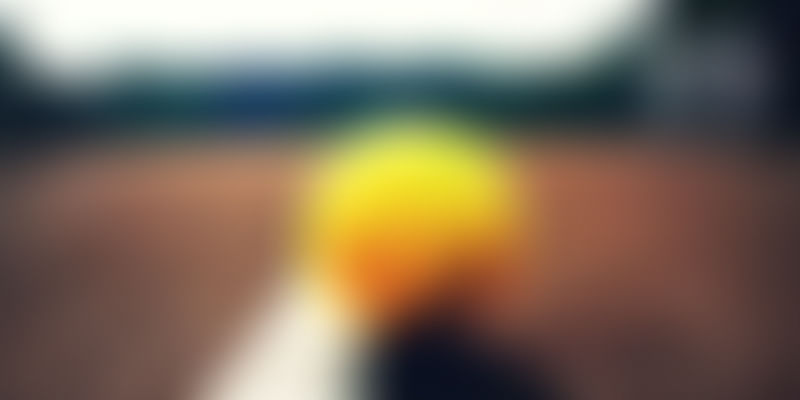 It’s lonely at the top – sometimes no one seems to understand you or can really communicate with you, and still you have to slog on ahead. Sounds like leadership or entrepreneurship – and also tennis! As Andre Agassi famously observed, in tennis singles there is no communication or contact between the players – and rules forbid a player from even talking to the coach on court.

“In tennis you're on an island. Of all the games men and women play, tennis is the closest to solitary confinement,” Agassi says in his autobiography, Open. A tennis match is like “self-hypnosis,” says Rafael Nadal, where players disguise their weaknesses from their opponents and even from themselves.

Unlike team sports such as football (see my earlier compilation of Top 25 Football Quotes), tennis is much more of a test of individual skill and grit, and has a different set of inspirational lessons for all those who want to succeed in entrepreneurship and other walks of lives.

Here is my pick of the Top 40 Tennis Quotes, which show how champions prepare themselves for games and interpret their performance.

Being champion is all well and good, but you can't eat a crown. - Althea Gibson

Dreams do come true if you keep believing in yourself. Anything is possible. - Jennifer Capriati

Everybody loves success, but they hate successful people. - John McEnroe

Experience is a great advantage. The problem is that when you get the experience, you're too damned old to do anything about it. - Jimmy Connors

Freed from the thoughts of winning, I instantly play better. I stop thinking, start feeling. My shots become a half-second quicker, my decisions become the product of instinct rather than logic. - Andre Agassi

From what we get, we can make a living; what we give, however, makes a life. - Arthur Ashe

I hate to lose more than I love to win. - Jimmy Connors

I just try to play tennis and don't find excuses. You know, I just lost because I lost, not because my arm was sore. - Goran Ivanisevic

I love the winning, I can take the losing, but most of all I love to play. - Boris Becker

I never knew I was grunting, it was just part of my strokes. - Monica Seles

I play each point like my life depends on it. - Rafael Nadal

I want my tennis to speak for everything. - Maria Sharapova

If you can keep playing tennis when somebody is shooting a gun down the street, that's concentration. - Serena Williams

If you're a champion, you have to have it in your heart. - Chris Evert

I'll let the racket do the talking. - John McEnroe

I'm not afraid of anyone, but sometimes I'm afraid of myself. - Justine Henin

Just go out there and do what you have to do. - Martina Navratilova

Losing is not my enemy, fear of losing is my enemy. - Rafael Nadal

My motto is: I'm alive, so that means I can do anything. -Venus Williams

Regardless of how you feel inside, always try to look like a winner. - Arthur Ashe

Success is a journey not a destination. The doing is usually more important than the outcome. - Arthur Ashe

Tennis has given me soul. - Martina Navratilova

Tennis is a perfect combination of violent action taking place in an atmosphere of total tranquility. - Billie Jean King

Tennis is mostly mental. You win or lose the match before you even go out there. - Venus Williams

Tennis uses the language of life. Advantage, service, fault, break, love -- the basic elements of tennis are those of everyday existence, because every match is a life in miniature. - Andre Agassi

The depressing thing about tennis is that no matter how good I get, I'll never be as good as a wall. - Mitch Hedberg

The fifth set is not about tennis, it's about nerves. - Boris Becker

What is the single most important quality in a tennis champion? I would have to say desire, staying in there and winning matches when you are not playing that well. - John McEnroe

What makes something special is not just what you have to gain, but what you feel there is to lose. - Andre Agassi

Winning is a way of expressing yourself. - Boris Becker

Writing free verse is like playing tennis with the net down. - Robert Frost

You don't have to be pretty for people to come and see you play. At the same time, if you're a good athlete, it doesn't mean you're not a woman. - Martina Navratilova

You don't have to hate your opponents to beat them. - Kim Clijsters

You have to believe in the long term plan you have but you need the short term goals to motivate and inspire you. - Roger Federer

You'll hear a lot of applause in your life, but none will mean more to you than that applause from your peers. I hope each of you hears that at the end. - Andre Agassi

You've got to get to the stage in life where going for it is more important than winning or losing. - Arthur Ashe