12 leadership lessons from the World Cup 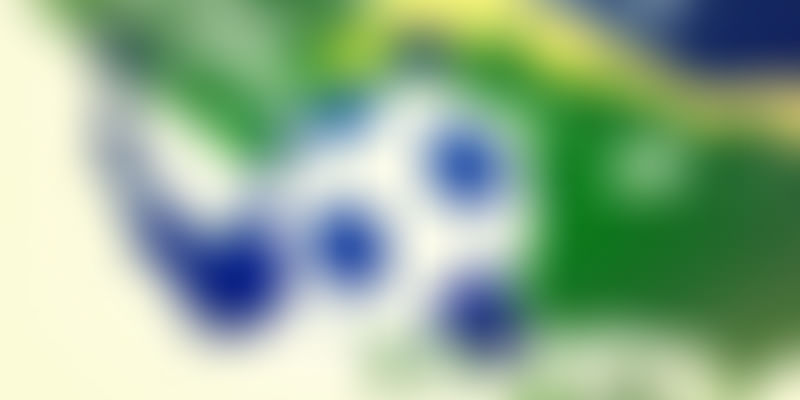 Today is the first day that World Cup football fans around the world resume a ‘normal’ routine after a night of regular sleep, especially in ‘time-zone disadvantaged’ Asia where most fans were up till early Monday morning!

Even if you are not a football fan, sporting activities such as games offer valuable lessons for leaders and entrepreneurs. Here’s my takeaway of Top 12 leadership lessons from the games, players, organisers, hosts and even the fans of World Cup 2014 in Brazil.

1. Nurture your stars and aces

It is natural for teams and fans to look up to the star players, and every team certainly has some super-talented wizards. Hero-worship is natural, so if you have budding stars in your team by all means give them the support, skills, training and resources they need to become super-achievers. What would football be without legends like Pele, Maradona and today’s Messi, Neymar and Rodriguez?

Nurture your stars – but not at the cost of teamwork. Don’t make your team so lopsided that it disintegrates without your stars. That puts your performance at risk, puts too much pressure on the stars, and is not fair for the rest of the team. The World Cup champions Germany are a great example of a team with heavy-hitters such as Klose and Muller as well as a broad support cast of well-coordinated team players. In contrast, many feel that ‘Messi won but Argentina lost’ – he won an individual award but his team lost. And Neymar’s injury exit after the Colombia game cost Brazil dearly.

3. Sell the vision and mission

Sell the vision and mission and get everyone on your team aboard. Alignment is key for success. There will always be dissenters, but engage them creatively and genuinely address their concerns. This is a lesson also for the political leaders and government heads who decide to take on major initiatives: events like the World Cup are expensive propositions, and the Brazilian government was criticised for not making the case properly to its citizens for hosting such an expensive event in a resource-constrained country.

Don’t fake your problems and don’t unnecessarily complain about them, you will lose respect among peers, colleagues and other stakeholders. On several occasions, many football stars in the World Cup were shown to be faking injuries, unnecessarily complaining to the referees and generally whining about getting a rough deal during tough tackles. This lowered their esteem in the eyes of fans, and may even have led to wrong calls by referees which unfairly changed the game.

5. Be gracious in victory

Winning is great, but be magnanimous to the team you defeated. Show your pride but also your dignity, appreciate your competitors for their good performance on a meritocratic basis. One of the beautiful gestures after Brazil’s victory over Colombia was Brazilian David Luiz consoling young striker James Rodriguez from Colombia, and asking the audience to applaud him.

6. Be gracious in defeat

You can’t always be winner, so be gracious when you lose. Take it as part of the cycle or spiral of life and recoup to fight another day. Identify the real causes of defeat and plug those gaps. During the World Cup, some complaints were made by losing sides about the national origin of the referees, instead of addressing the real shortcomings of the team or style. (And here’s a suggestion for FIFA: apparently WAGs of the runners-up aren’t allowed on the field for the ceremony after the game, only those of the winners are allowed; be fair and allow even those who have been defeated to be consoled and greeted by their WAGs!)

The unprecedented attention to sporting activities from traditional and online media opens up a new channel for leading companies to engage with audiences by aligning their messages with those of the game. From TV ads to social media, leading brands leveraged the channels, with varying degrees of success. Adidas’ All in or nothing campaign with the hashtag #allin was prominently displayed at the venue, for example (I predict many more hashtags will be displayed at the next World Cup!). Rang De and Mahindra Rise from India also connected their social enterprise messages with the championing spirit of the World Cup. However, be careful to avoid being seen as an opportunist, and even worse, a spammer or scammer.

8. Look at the broader ecosystem

You and your team are only parts of a larger ecosystem, shaped by society and the broader global tends of politics and economy. Look at the broader connects and see how you can re-position and re-brand yourself. Germany’s football transformation was not just at the level of the national team but right down to football coaching camps and guidelines in schools. This is the talent pool from which the overall team is formed, and requires organisational leaders to cooperate at the broader national level.

9. Be an ambassador for your team

You are more than your role in the team, you are an ambassador for your whole team and country. On the world stage, tournaments like the World Cup show that some players do their countries proud and instill respect for the broader community, others just pander to stereotypes and make things worse. There were displays of leadership and creativity everywhere at the World Cup – among the fans as well. From the heart-wrenching tears of Brazilian fans to the astonishing face paints of Argentinean fans, the stadiums of the World Cup were a treat of human reaction and wisdom.

10. Learn from your mistakes

Mistakes are inevitable, they are a part of human nature, organisational mis-steps and bad luck. So learn from your mistakes and don’t repeat them, treat them as a new form of learning or a source for next practices. Brazil should have learnt from its mistakes during its defeat by Germany, but not doing so led to its next defeat by the Netherlands, among other reasons.

11. Learn from others’ mistakes

Mistakes are costly, so keep an eye on others’ mistakes also. There’s a wealth of learning in study and analysis of the mis-steps of others – your competitors and counterparts. Argentina learnt well from watching Brazil’s rout by Germany, and made sure its defense was tighter; though it also lost, it was by a narrow margin.

12. Be prepared for the long haul

Success is short-lived, and you have to keep fighting to achieve success and even more to protect your success in the long run. The global economy is a tough place to compete, and new kinds of talent can emerge from anywhere. Big transformations take a long time, and creativity needs to be coupled with patience. It took Germany 14 long years to transform its football image from ‘tough brutal bully’ to the slick coordinated team of 2014.

As these takeaways above have shown, sports offers numerous leadership lessons. Tap your insights and trawl the ‘social media footprint’ of the World Cup, and you will surely find a wealth of lessons yourself.

If you have World Cup leadership tips of your own to share, please net them in the comment boxes below!