Building a Video Ad Platform for Publishers: The AdSparx Story 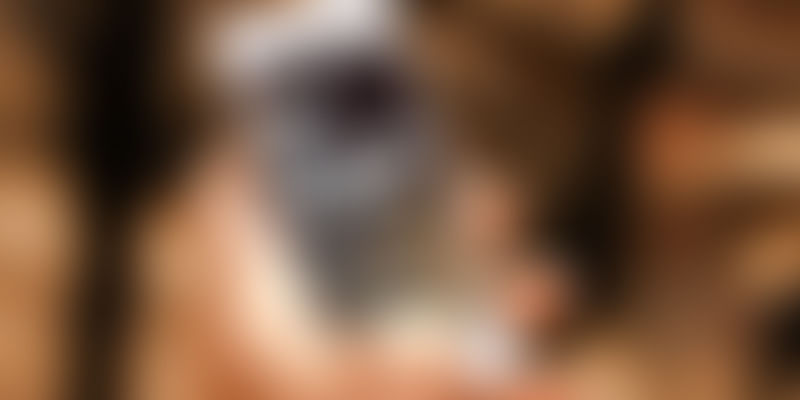 AdSparx caters to Internet Video Publishers who distribute live events, linear TV and on-demand video content to mobile and internet. It enables dynamic, in-stream user targeted pre and mid rolls across all internet devices for these publishers. Internet TV is driving the internet video consumption on different devices. Monetizing this traffic on the internet still largely remains a problem and AdSparx addresses this problem by offering a single solution for in-stream video ads for multi-screen devices.

Pune-based AdSparx is run by a team of 3 founders, Kunal Lagwankar, the CEO, Lilesh Ghadi, the CTO, and Ketan Barhate, who heads Engineering. Kunal looks after strategy, marketing and sales. Lilesh, an IIT Bombay alumnus, is into developing the technology features for AdSparx that gives the company the necessary competitive edge. Ketan, a VJTI Bombay graduate, tackles product delivery, customization and customer deployment.

The founders of AdSparx are not new to the startup world. Mundu TV, India’s first Live Internet for GPRS networks, which was acquired by Geodesic in 2008, was their maiden venture. Mundu TV was the first OTT platform that offered Live TV content directly to consumers without any operator support. However, monetization remained a big problem even then. “That need for an offering like AdSparx was felt during our days at Mundu TV where despite high customer traction, we were unable to monetize video traffic,” says Kunal.

After speaking with a lot of Ad Network companies in India and the US, the founders of AdSparx realized that none of them offered what they as publishers wanted. Most of the Ad Networks were focused on the web and mobile apps but none considered Internet TV as a separate vertical with its own needs. “There was a clear gap and we knew it would increase with increasing internet video consumption,” says Kunal.

Armed with significant domain experience and clear understanding of the ecosystem, the founders drafted product specifications that would meet the needs of Video Content Publishers. That was the beginning.

At present, video on internet devices is becoming a primary mode of consumption. It is a market that is growing exponentially. According to Kunal Lagwankar, “Asia-Pacific is the fastest growing market for video consumption on mobile devices whereas internet video consumption on Smart TVs and IP set top boxes is preferred in developed markets. As per the Cisco Report, 75% of all consumer internet traffic is expected to be Internet Video. The Internet Video Ad industry is a US $4 billion market in the US and roughly US $9 billion globally. Share of Internet Video Advertisement is increasing at a very fast rate and is expected to double by 2018.”

AdSparx is built on algorithms (patents for which are pending) and is a server side technology which makes AdSparx device agnostic, which is one of its key features as video viewing is no longer restricted to any particular device or form factor.

What makes it unique, says Kunal, “is that it is built keeping in mind the needs of the Video Publisher. Its unique technology plugs in to the Publisher's existing content distribution system, making integration an easy and convenient task.” This means that the Publisher does not require use of any special architecture or software to enable dynamic, user-targeted Video Ads. Nor is the Publisher required to change his workflow.”

Being a server side technology platform, it is not dependent on the client device technology at all and hence remains content-format and device agnostic. It thus enables user-targeted pre and mid rolls across all internet connected devices for live events, linear TV and on-demand video.

The ability to serve seamless, buffer-free Ad experience across multi-screen devices with a single integration is an important feature for Video Content Publishers. For the end-users, this means a TV-like engaging experience with Ad breaks seamlessly integrated with the content. High-end user satisfaction with no delays due to buffering of Ads leads to lower user dropout.

A significant advantage that AdSparx has with respect to competition is that it is IAB VAST standard compliant and hence can easily be integrated with any demand platform. This makes it convenient for the Video Publisher to plan his monetization strategy across all devices from a single interface.

AdSparx is in a unique position to understand video traffic and combines this information with value offered by advertisers. This means that AdSparx has all the necessary inputs required by Publisher to make business decisions impacting revenues directly. AdSparx deals with a lot of Big Data Analytics and moving forward AdSparx would help the Publisher make the right business decisions and hence maximize revenue.

Kunal says, “We have been working together as a team for the last 9 years. We spent our first year together in Patni's R&D team, post which we began our first startup in the Internet Video space.”

When Kunal, Liles and Ketan started they did not have fixed roles and responsibilities, but gradually the three of them evolved into their roles over a period of time. “While we all help each other in execution, the responsibility areas remain fixed. This helps the team to work in a cohesive manner. We have always believed in maintaining lean operations. In the initial period of AdSparx, we developed the intellectual property closely within the three of us while picking the right customers to work with. The present team has a strong sense of ownership and responsibility. We have an open culture, where every member has the right to question and voice his opinion. And of course, passion for problem solving is the key,” adds Kunal.

The startup world is full of challenges and the founders of AdSparx have had a fair share of them. “Many a times, more than one customer has raised support requests at the same time and with high urgency and we have spent nights working on fixing the problems.”

Since AdSparx directly impacts customer's revenue, all the support requests have to be dealt with high priority. “We realized early on that the key to achieve great responsive time for support is to reduce the number of support queries by building the product with the minimum set of customers. We have been choosing the right customers at every stage, who inherently bring the challenges that lead to product development. We are also incredibly honest with our customers with respect to limitations of our solution and the timelines we give them. Facing challenges and overcoming them has actually shaped up our growth so far and keeps the environment charged up,” shares Kunal.

He adds, “There are lots of learnings too! Entrepreneurship is mostly about being in the front seat roller coaster riding blindfolded. There are immense highs and lows, and the key is to survive the lows. The lows, like the highs, do not last! As entrepreneurs, we tend to learn the most during hard times.”

The journey so far and the road ahead

Kunal says, “We applied to a few accelerators and were pleasantly surprised to be selected by all of them. We finally chose to do our stint at Microsoft Ventures Accelerator as they are the best among all accelerators in the country. In our 4 months at the Accelerator in Bangalore, we had identified some clear goals and objectives for us to achieve and worked on achieving those with the help of mentors, advisers and the resources made available to us.”

AdSparx recently raised the first round of investment from India's top Angel Networks. “We raised our first round of funding with some clear objectives. The first is to build a solid, passionate team and achieve product excellence. We will aggressively be scouting for international customers and partners while focusing on major opportunities in India, which we are pursuing. With more resources on hand, we shall be doing this diligently,” says Kunal.

For international operations, one or more co-founders may be relocating to an international destination. Asia-Pacific and the US are the two top destinations of interest to them. They are building their strategy for the same.

Are you doing something similar? Tell us about it?