6 life lessons from B K S Iyengar, the pioneer who took Yoga global 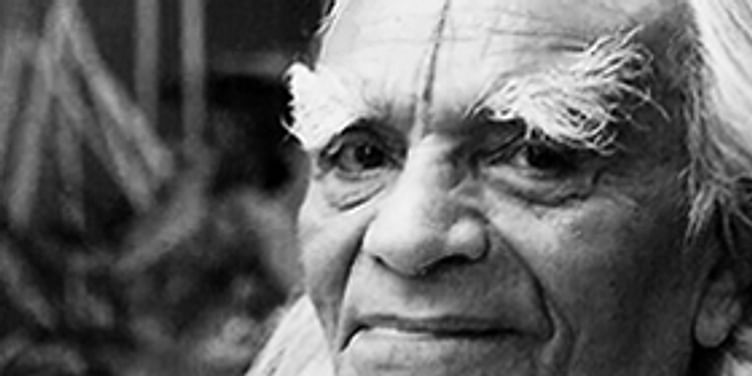 ‘Yoga is like music: the rhythm of the body, the melody of the mind, and the harmony of the soul create the symphony of life.’

Bellur Krishnamachar Sundararaja Iyengar, the legendary Yogacharya, leaves behind a legacy which breathed new life into yoga and made it popular all over the world.

When B K S Iyengar started teaching yoga in the 1950s it was considered a practice for only ‘sadhus’ and saints. Within a short span of time, he was able to change that perception by incorporating new techniques, interpretations and in-depth explanations of his own.He was also featured among TIME’s list of the 100 most influential people in 2004.

Here are some life lessons from his amazing journey:

Overcome hardship with grit and determination

B.K.S. Iyengar was born into a poor Hebbar Iyengar family in Bellur, Karnataka. He was the 11th of 13 children, of whom only 10 survived. His father Sri Krishnamachar was a school teacher. Bellur was in the grip of the influenza pandemic at the time of his birth, leaving him sickly and weak. Throughout his childhood, he struggled with malaria, tuberculosis, typhoid fever and malnutrition. When he was five years old, his family moved to Bangalore and within four years his father died of appendicitis.

A major turning point in his life awaited him in 1934, when he moved to Mysore on the advice of his brother-in-law Sri Tirumalai Krishnamacharya. He began to practice yoga under the tutelage of Krishnamacharya and the rest as they say is history.

“Yoga saved my life. I took it up for my health, and then I took it up as a mission,” said BKS later, crediting yoga for his recovery from the illnesses that affected him.

Obey your teacher even if you are not the star pupil

It still wasn’t a smooth sailing after he started practicing under his Guru, Krishnamacharya. During the two-year period “he (Krishnamacharya) only taught me for about 10 or 15 days, but those few days determined what I have become today,” he had said about his guru. Though BKS occasionally turned to his guru for advice, he had a troubled relationship with him. In the beginning his guru had predicted that the stiff and sickly teenager, weakened by his multiple illnesses, would not be successful at yoga. So, he was neglected and tasked with household chores.

It was only when Krishnamacharya's favourite pupil at the time, Keshavamurthy, left that he finally decided to teach BKS a series of difficult postures, sometimes telling him not to eat until he had mastered a certain posture.

Spread your knowledge by sharing

Finally, encouraged by his guru, BKS moved to Pune in 1937 to teach yoga. He spent many hours each day learning and experimenting with various techniques.

By the end of his career he had given thousands of solo yoga demonstrations, each lasting up to 2-3 hours, all over the world. He has also taught yoga to many noteworthy personalities such as Jiddu Krishnamurti, Jayaprakash Narayan and Yehudi Menuhin. He taught the Queen of Belgium to do ‘Sirsasana’ (head stand) when she was 80 years old. His other prominent devotees included novelist Aldous Huxley, pop star Madonna, designer Donna Karan, as well as Indian cricketer Sachin Tendulkar.

Be open to new opportunities and make friends

Yehudi Menuhin considered one of the greatest violinists of the 20th century, was suffering from a variety of muscle and joint pain that could have ruined his career. He had come across one of BKS’s books on yoga that fascinated him. In 1952, he was invited to India by Pandit Jawaharlal Nehru to give a series of concerts.

Menuhin took lessons from a number of yoga teachers but none of them could cure his pain. Renowned cardiologist Dr. Rustam Vakil referred him to his family guru, BKS.

Somewhat reluctantly, Iyengar made seven-hour journey for what was supposed to be a quick five-minute session before Menuhin left the country. The five-minute session stretched to three and a half hours as Menuhin felt revitalised doing a few ‘asanas’ under BKS’s instructions. And when Menuhin mentioned that he was constantly fatigued, and was unable to sleep, in less than a minute BKS apparently had him snoring away gently for the first time in days!

The two men formed an extremely close friendship which lasted until Menuhin’s death 47 years later in 1999.

In 1954, Menuhin returned to Mumbai. He and BKS had corresponded regularly. Even by mail, Menuhin had received enough assistance and benefits for him to commit himself as a regular student. In 1982, Menuhin was invited to conduct the celebrated Berlin Philharmonic Orchestra at its 100th jubilee celebrations. He conducted the opening of Beethoven’s Fifth Symphony standing on his head while directing the orchestra with his feet.

Menuhin arranged for Iyengar to teach abroad in London, Switzerland, Paris and other European cities. The credit for making yoga popular in the West goes to BKS. In 1966 ‘Light on Yoga’ was published. It eventually became an international bestseller and was translated into 17 languages. ‘Light on Yoga’ was followed by titles on ‘pranayama’ and various aspects of yoga philosophy. In total, BKS authored 14 books.

In 1975, BKS opened the Ramamani Iyengar Memorial Yoga Institute in Pune in memory of his late wife. He officially retired from teaching in 1984, but continued to be active, teaching special classes and writing books. BKS’s daughter Geeta, and son Prashant, have followed his footsteps and have gained international acclaim as teachers.

In 2005, Iyengar visited the United States to promote his latest book, ‘Light on Life’, and to teach a special workshop at the Yoga Journal conference in Colorado. October 3, 2005, was declared as ‘B.K.S.Iyengar Day’ by San Francisco city's Board of Supervisors.

In June 2011, he was presented with a commemorative stamp issued in his honour by the Beijing branch of China Post. There are over 30,000 Iyengar yoga students in 57 cities in China.

Even at the age of 90, Iyengar continued to practice ‘asanas’ for 3 hours and ‘pranayam’ for an hour daily. He also found himself performing non-deliberate ‘pranayam’ at other times.

Even after 75 years of teaching yoga he admitted that there were a few ‘asanas’ that he has not been able to perfect yet and was still learning.

Five quotes from B K S to brighten your day and inspire you:

“The hardness of a diamond is part of its usefulness, but its true value is in the light that shines through it.”

“Spirituality is not some external goal that one must seek, but a part of the divine core of each of us, which we must reveal.”

“There is no difference in souls, only the ideas about ourselves that we wear.”

“We often fool ourselves that we are concentrating because we fix our attention on wavering objects.”

“Action is movement with intelligence. The world is filled with movement. What the world needs is more conscious movement, more action.”