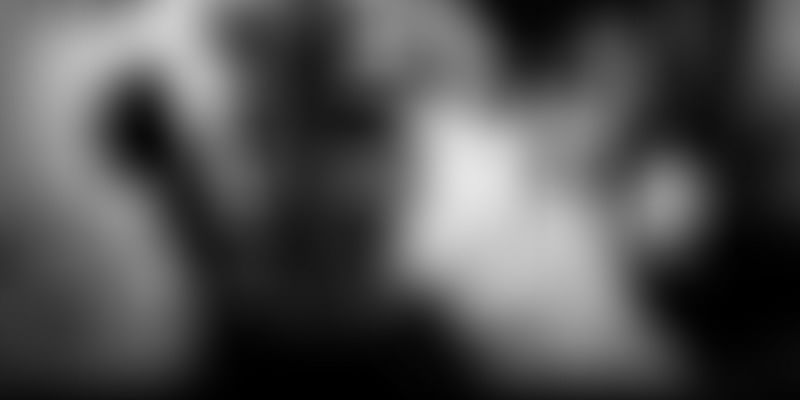 Our interaction with Pakistani pop culture fluctuates between casual interest that blooms and fades like a sakura, or a half-hearted degustation of their arts when it makes international news. Never has there been a determined effort to immerse and invest ourselves in it seriously. Right in the middle of a frustrating summer last year, Burqa Avenger stormed its way into our newspapers and magazines. The Burqa Avenger was a postcolonial response to American superheroines, and a character that was first to fill a huge vacuum in Pakistani pop culture. Whilst Pakistani drama and music continue their upward trajectory, that space for superheroines and female crime-fighters is still plasma that’s waiting for an influx of deftly constructed and fleshed out characters and stories.

Burqa Avenger, in the end, was specially created for a childish appetite. Jiya, a teacher at a girls’ school by day, is a fusion of Disney’s Kim Possible and real life education activist Malala Yousafzai. Jiya dons the burqa as a mask to fight social injustice. A martial artist that that glides like a flying squirrel and fights like a ninja (with books and pens), there’s an evangelical flavour to Burka Avenger that’s perfectly suitable for children. It uses the Disney villain trope of casting good against evil in a recurring cycle of triumph and defeat.

So what do children who’re now growing up with the Burqa Avenger mature into? Is there a home-grown crime-fighter for Pakistani adults who’d possibly want to graduate to another character that reflects their own complex sense of morality and social context?

A bold project by Pakistani graphic artist and illustrator Shahan Zaidi, Bloody Nasreen has all the makings of an F5 tornado. If Bloody Nasreen can translate itself into a story that reflects the same narrative complexity, subtlety or maturity of South Asian literature that forms the backbone of our modern literary and artistic exercises, then this 100-page graphic novel of a Karachiite street-fighting gun-and-sword-wielding pitiless woman will open the pathway to new female characters in South Asia. In that process, it may cement itself as a modern cult classic.

Shahan Zaidi transforms his primary character into a highly subjective text. The only reason the ‘villains’ are antagonists is because we’re seeing the story through the eyes of Nasreen, a maniacal, sociopathic and crazed crime-fighter. Bloody Nasreen doesn't have the high morality and deontological ethic that binds Batman. She exhibits a kind of controlled psychosis you see more in anime characters like Alucard Hellsing (Hellsing) and Zaraki Kenpachi (Bleach). She possesses the unrefined idiosyncrasies of the timeless Mugen from Samurai Champloo. At the same time, she resembles the rural female gangster we associate with art cinema. There’s an almost seamless blend of identities in Bloody Nasreen that makes her an interesting and intriguing character to watch out for. If this is what little snippets give us, then Bloody Nasreen is already setting expectations very high.

There’s a sweet humour to her as well, intended or unintended. As she sits with her legs akimbo, gun clutched in one hand, ragged salwar-kameez on, a katana lies plunged into the back of a man with a toy panda hanging from its tsuba.

Bloody Nasreen herself looks hysterical. Her hair is in disarray, the smeared kohl around her eyes betrays a sense of madness, there are gold loops in her ears, but a burning cigarette always hangs between her tinted lips, its ember only out-shined by the spark in her eyes. This image of the hysterical woman has been historically associated with female dysfunction and neurosis. It’s an archetype that still lingers in our subconscious today. So, it’s interesting to see Zaidi use the hysterical woman template and apply it to a female crime-fighter in a cultural context where mainstream narratives don’t entertain (or empower) such female fringe characters.There’s a reason Bloody Nasreen wears a tattered and uninteresting garb, too. In spite of that taboo strap we see peak over her shoulder, Zaidi says, ‘If the media stops making her outfit an issue… It’s so ordinary. Look at her! She’s your girl-next-door. It couldn’t have been simpler. What’s intense is her personality.'

Zaidi is a talented artist, and comes from a family that he says are artists in some capacity or another.

‘I’m a poet, actor and painter, other than just a graphic artist,’ he says. So it’ll be no wonder to see some form of romanticism in how Bloody Nasreen develops. It has all the ingredients for it, and she might end up with a cult following of her own.

About graphic art in Pakistan, he says, ‘Pakistan is already producing great digital art by artists like Anas Riasat. Graphic novels are in the beginning stage. In the near future, there will be a huge industry for it.’

Zaidi is sceptical about turning Bloody Nasreen into a serialised story. A single perfect volume that serves as a collection of episodes from an interesting character's life probably has more strength than a drawn-out series where a high voltage character like Nasreen would be hard to sustain (as she is).

‘I don’t have any plans for evolving her much. There’s a plan for one graphic novel. That’s it. Bloody Nasreen was created just like my other comic characters. I am a character designer, as well. Creating characters is what I do.’

Straight up Zaidi agrees that his character is an anti-hero who could give less of a damn about what the world thought of her. Zaidi’s support of his character reflects this same devil-may-care attitude. When asked about criticism that the character may face simply because of its confrontational style, Zaidi replies, ‘I don’t take stupid criticism seriously.’ For Zaidi, the criticism he wants is one that comes out of a fair and professional analysis of his stories and characters, not one rooted in repulsion towards the unorthodox.

For those who still want more than a graphic novel, Zaidi says, ‘There’s a film in pre-production phase. It will hit theatres globally soon!’

Zaidi expresses displeasure at the idea of ‘pure evil’ villains: ‘The villains will be more intense and multi-layered, not stereotypical terrorists with no brains’. Bloody Nasreen will be an endeavour more reflective of what DC Comics does with Vertigo, something Zaidi grew up reading.

‘I want to make stuff for mature audiences, not for kids under 13.’

Zaidi’s use of a woman to portray crime-fighting is not deliberate, he claims.

‘What is a male character? Why can’t a woman fight crime? Does that make Men less men? Men have been fighting crime for ages. Why can’t a woman do the same? Blood Nasreen is psychotic, in that manner. She doesn’t care about these ideologies.’

As Bloody Nasreen gets naturally introduced to the world through social and online media, Zaidi has one final thought:

‘I hope Bloody Nasreen won’t get stuck in racism and politics.’

Art takes provocative and controversial roles if we assign those traits to it. Bloody Nasreen seems to have the potential to be something interesting. It could fuel a trend in the mainstream of exploring the different narratives of humanity different people exhibit. Most importantly, it could take us back to focusing on building unique and diverse characters to fit in unique and diverse contexts.

In the meantime, we keep our eyes peeled open for when Bloody Nasreen hits the market.