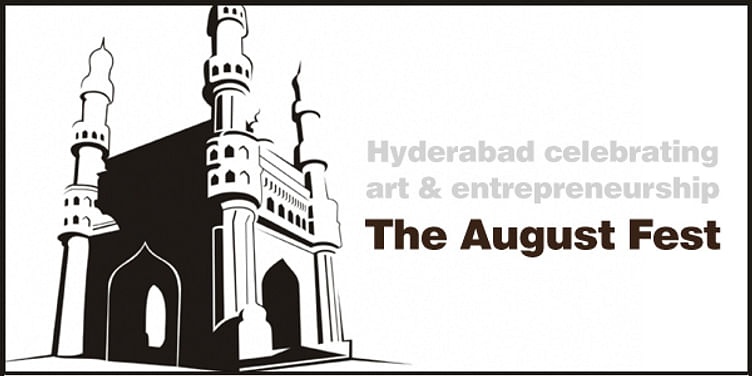 You all have heard that the Union Budget for 2014-15 has budgeted Rs 10,000-crore focused for startups. But way before that Hyderabad’s startup ecosystem has been buzzing with interesting activities.

The stats and word-on-the-streets confirm that from all the newly launched startups across India every year, 15%+ of them emerge from Hyderabad. Meanwhile, the new Telengana government is trying to push that number much higher with a few initiatives such as building world class incubator facility that is partly funded by the government and partly by the private sector. And the possibility of making Hyderabad the first fully wifi covered city in the country.

Early stage startups represent the city on a global platform

A few weeks ago, citybased Dres.sy had won a prize worth 45,000 euros in Frankfurt, Germany, at a startup contest at the World Economic Forum's NEXT B2B Forum.

Over the last decade we’ve seen so many Hyderabad-based startups come out of the city and served the world in the US & Europe once their products matured for example MartJack. The new breeds of startups are becoming very proactive in their global outreach early on. Case in point; four Hyderabadi early stage startup are going to representing Hyderabad in Dublin at The Summit 2014. A few months ago, YourStory covered these two startups when they raised funding from 50K Ventures at TiESmashUP in Hyderabad.

ClapOne: as a trend recommendation engine, this startup helps users to own the outfits of their favourite actors and actress worn in movies. It’s founded by Chinmay Rajula & Mr Mamidi Raja.

HUB: location-based social app founded by Ravneet Singh that mines people’s habits and rolls out events promos and deals based on scale of relevance, incubated at IIIT-Hyderabad.

Zify.co: a ride sharing app which makes commuting simpler by connecting people for car pooling, this too is 50K Ventures portfolio company.

When asked how it feels when his startup gets a chance to be showcased at an internationals platform? Anurag Singh Rathor, Founder of Zify.co, replied, “Terrific! It feels really great to have the opportunity to showcase our product on an international platform to a larger scale. This not only means that the problem which we are trying to solve is big enough problem, but it also signifies that people are still looking for a feasible problem. It comes as an opportunity for us to offer our product or service to a larger audience.”

On how startup exhibitions like these help, Anurag remarked, “Apart from the exposure and a chance to explore international markets, it helps Zify in multiple other ways. More importantly, it strengthens our case that ride-sharing is a preferable solutions to a problem which is prevailing not only in India but in various parts of the world.”

Anurag added, “The whole startup ecosystem in Hyderabad is changing, and is changing for good…”

The new changes in Hyderabad

Telangana IT & Panchayat Raj minister KT Rama Rao has been running up and down with meeting after meetings with the who’s who of the IT industry stakeholders and the city startup ecosystem players. The minster is gunning to restore the glory of the city to where it once was. In recent years, the city experienced investment slump due to the cloud-of-uncertainty regarding the future direction in the state. Hence solid government initiative is a must to boost investor sentiment.

Quoting the minster, Financial Chronicle reports, “…growth lost some of its momentum due to the general slowdown. The indecisiveness of previous governments in Delhi as well as Andhra Pradesh has aided in the ambiguity lasting longer than it has. But now that there are two stable governments at the centre and the state, I think growth should get back on track. One thing that will work in our favour is that Hyderabad offers infrastructure at lower prices. Hyderabad has three times the infrastructure of Bangalore at one-third the price. Hyderabad has twice the infrastructure of Chennai at half the price of the latter. It is a melting point of south and north.”

Hyderabad will be hosting two-day startup festival in August-end

This first ever fest has a great lineup of speakers from various industries, check out the complete list of speakers here.

“We want to encourage startup firms by creating one of the best enabling ecosystems in the country. As part of this, we are going to organize a two-day startup festival on August 30-31 in partnership with Hysea, TiE Hyderabad and Nasscom at ISB,” said the IT minister, addressing 200 startup entrepreneurs who participated in a cycle rally organized by the Atlanta Foundation recently, reports local news portal TelenganaTalkies.

Apart from the IT & Startup focused cycle rally, the city has also witnessed a huge turnout at the recent Startup Weekend. It was organized in partnership with the venue host ISB and a platform provider Progress Software.

Out of the 18 startup pitches, some of the top pitching startups were,

HereIsMyPlan: a location app to make ad-hoc evening plans. The app aims to assist you plan your evenings and outings impromptu.

Stamp: a single digital wallet for storing your loyalty cards from all your favourite vendors.

LearnForSure: technology that enhances retention and accessibility for delivering educational content to end-users from high schoolers to MBAs.

CarNama: to create an online portal for buying car accessories where people can choose the accessories they want and can see how their car will look like in a virtual model of their car.

At present, the environment for startups is conducive in Hyderabad than ever before. The government has promised a t-hub (Tech-hub). The IIIT Hyderabad will have additional incubation space that will accommodate about 120 startups. It is true that there have never been major money problems. However, besides money what is needed is for the government to be equally generous at a policy level and make it easier for startups to shut down once they fail. That, in my opinion, will be a step in the right direction. This may enable the current government led initiatives to allow for many more experiments, and a few breakout successes are bound to happen. Cross your fingers for Hyderabad.