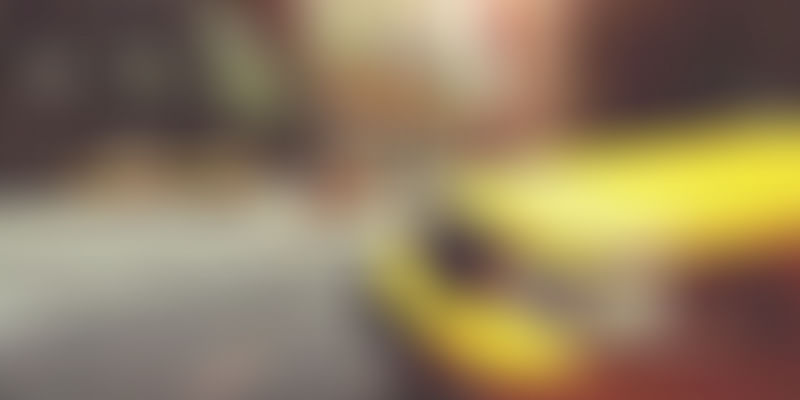 Applying technology to solve real local problem is not a new thing for Kenya. It has been done time and again in many sectors like payment, agriculture and healthcare.

Now solving transportation in Nairobi is a need of the hour, and there are a few startups who are trying to rise up to the occasion (EasyTaxi, Pewin Cabs, MaraMoja and Sasa Cabs… Uber is not yet in Nairobi). Transport market in Kenya is ripe for innovation in every front; even the government is pushing to make it cashless by partnering with Google’s BebaPay and Master Card.

YourStory had a conversation with the Founder of Sasa Cabs, Kenya’s promising transportation startup.

The genesis of Sasa Cabs

While working as a software developer in Europe, Daniel Nordberg wanted to take the plunge into entrepreneurship. A year ago, he made his move during Christmas holidays; he came up with the idea of Sasa Cabs together with his Co-founder Sebastian Wichmann, a corporate lawyer desperate to escape his cubicle.

Four months ago they launched the MVP of Sasa Cabs as telephone-based taxi dispatcher before the public launch of their Android app at the beginning of July 2014 (iOS and Windows apps are in progress).

Initially the team bootstrapped the venture, and then Paul Kihiko and Heshan DeSilva (DSG Vencap) put up the initial seed investment to launch in Nairobi.

The case for Sasa Cabs

The team asserts that in a predominantly low-income country like Kenya, Sasa Cabs gives customers the best price for the required ride using an SMS based auction system. Likewise, in the absence of taxi meters or fixed priced structures, the system sets the price for the customer before s/he steps into the vehicle.

In Africa and the wider developing world, the absence of organized and affordable transport services (taxis, tuk tuks, and motorbikes), makes the introduction of a one-stop shop, which at the same time gives you the best price through an auction system, more than necessary.

At the same time, owners of vehicles in the developing world are always looking for alternative ways of generating income from their vehicles, whether it's a car, pick-up truck or motorbike. Our system finally puts these vehicle owners in touch with a wider market through a well advertised, managed and marketed platform.

How does Sasa Cab work?

Sasa Cabs has 300+ registered taxis in its network in Nairobi. Previously, customers were at the mercy of expensive limousine services or their own 'personal' taxi drivers, especially at peak or odd hours of the day. But now by signing up independent drivers and running a taxi-auction system to dispatch cheapest and fastest taxi to the customer, they make life easier and cheaper for the user.

The startup wanted to fill the gaps between traditional taxi service and e-hailing. Daniel Nordberg says, “Sasa Cabs does not just focus on a mobile app, but also provides traditional call based dispatch services. Dispatches are then confirmed through an SMS.”

The developed world has had dispatch services in the form of call centers ever since taxis have existed. Taxis unionised and collectively paid to manage centralized call centers. Africa has lagged behind in this regard with only individual taxi companies setting up call centers.

The road ahead for Sasa Cabs

The core of Sasa Cabs’ API platform also allows all sorts of vehicle types to be dispatched via the system. That means in the future Sasa Cabs will not only deal with middle-class focused taxi services but also venture into motorcycles (‘boda boda’), pick-ups and trucks, thereby creating availability and competitive pricing in a market that was opaque before.

According to Daniel, “This allows other companies to simplify their logistic operations by leveraging the Sasa Cabs’ API.”

Daniel shares his product vision with YourStory saying, “The Sasa Cabs app will be the go-to transport app in under-served markets, that is, places that do not traditionally attract the attention of larger market players. Outside of Nairobi, which will remain competitive for taxi services, in spite of having a product that varies widely from the likes of Easy Taxi and Uber, Sasa Cabs will grow and corner markets in smaller cities, first regionally and then further. Sasa Cabs will also grow from just providing taxis to also include transport services such as motorbikes and pick-ups. We hope to achieve this by using a franchise system which will involve local operators carrying the roll-out costs in return for an attractive profit sharing agreement.”

The team behind Sasa Cabs

The core team is composed of Daniel Nordberg, Sebastian Wickmann, and Paul Kihoko. Daniel is a successful software developer having had CTO (Hyperweek) and Lead Development (Maventa) positions in Europe. Sebastian Wickmann is a formerly London-based corporate lawyer with extensive business development experience. Paul Kihiko is a successful businessman based in Nairobi and runs Gourmet Nomads, which distributes lunches to businesses in Nairobi every day at low cost. Sharon Wambui handles the call center and helps ensure quality service delivery.

Educating their drivers is difficult. Daniel says, “Taxis weren't responding to SMS dispatch requests correctly and thus got rejected by the system. Overtime drivers became better trained and we also improved the software to allow more flexible input from the drivers sending their quotes.”