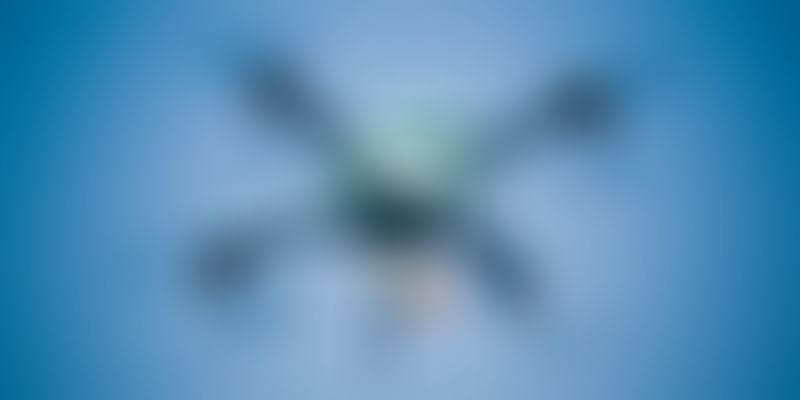 The Francesco Pizzeria in Mumbai took the internet by storm when it put up the video of their successful pilot of a ‘Pizza delivery using an UAV (Unmanned Aerial Vehicle)’. This was a great marketing gimmick that quickly followed the big waves made by the likes of Amazon and Google. The UAVs (or drones) have a lot of advantages when used for such cases but it is not all that easy to deploy them.

Immediately after the news broke, Mumbai city police questioned the Pizzeria if it had the necessary permissions to use the drone. As per norms, permission must be taken for flying any such object. A local police chief told the PTI news agency: "We are very sensitive towards anything that flies in the sky with the help of a remote control." (source) Drones have had a notorious past considering the ways in which such a vehicle can be and has been used. Governments have strict regulations on how and where such vehicles can be used.

But all is not gloomy. There are a few interesting startups which are doing interesting work in this field. ideaForge is one of the best examples of such a company. Founded by a group of IIT-Bombay graduates, ideaForge has developed Netra, an unmanned aerial vehicle that was used during the Uttarakhand floods rescue operations.

The startup has been working with the government and has been able to bag some prestigious opportunities in the country against all national and international competitions in its category. “Our systems have evolved in terms of performance and are delivering significantly superior value to our end customers in terms of image quality, range and endurance. Recent operations in which Netra was deployed are the Jagannath RathYartra in Gujarat, Beas river tragedy, Saharanpur riots and Pune landslide,” says Ankit Mehta, CEO of ideaForge. Their focus is on VTOL (Vertical Take-off and Landing) UAVs.

ideaForge works mainly with the government which takes care of the permissions required. The new government has hinted towards focus on drones being used in defence, security and other areas. The wildlife surveillance in India got a major boost when plans of introducing UAVs to monitor wildlife in 10 India states were made recently (source). Following successful pilot runs in Madhya Pradesh's Panna Tiger Reserve (PTR) earlier this year, use of drones has brought into the spotlight the importance of technology in wildlife management and conservation.

"Currently, the proposal is being developed to upscale it to 10 sites. We are aiming for a five-year project. If we get the required approvals, we could start in January 2015," said K. Ramesh, UAV programme coordinator, Wildlife Institute of India (WII), Dehradun.

These are slow processes but positive none the less. Apart from this, UAVs are finding a huge use case with photography. AIRPIX is one of the companies into the business of providing aerial solutions. They use a range of UAVs – both multi-rotors and fixed wing which carry a wide range of payloads that are suitable for different applications. AIRPIX offers services like orthomapping, GIS, aerial surveying, aerial inspection, aerial panoramas & virtual tours and aerial cinematography.

Aniket Tatipamula, Neeraj Waghchaure, Rajesh Mane and Shinil Shekhar form the team of co-founders of AIRPIX and their passion for technology, innovation and flying things is what drove them into entrepreneurship in the UAV sector. AIRPIX had also initiated a separate wing for social impact initiatives in Socio Drones.

The use of UAVs is surely picking up and one can expect a lot of innovation in the space in the coming years. Talking about commercialization, Ankit of ideaForge says, “Commercial usage of professional UAV systems is still a certain distance ahead in time. But usage of hobby grade systems for imagery applications is already a booming opportunity globally. We believe that with the regulations tightening up due to public safety and airspace management, the boundaries between these two categories may blur over a period of time.”

There are a few more startups like the Chopper Boys and BlackProp Tree that are dabbling in the space. UAVs present a great new horizon to innovate and look at some of the fundamental things differently. There are hurdles and roadblocks but when did they start becoming a deterrent for entrepreneurs?

Do share your views on UAVs, and tell us if you’ve come across some interesting applications.