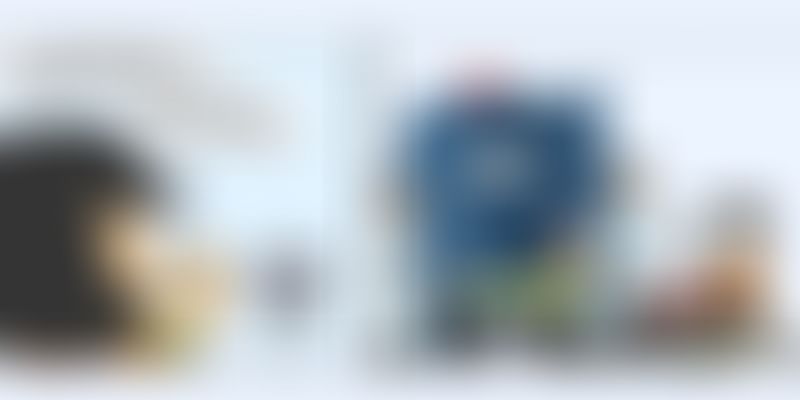 When Raghavmurari, a Computer Science engineer, couldn't figure out basic electronic problems at home which required some concepts he learnt in school he knew he was sitting right in the middle of a problem waiting to be solved. Murari started "Octofeb - Education through Comics ". Octofeb spreads educational concepts through visual narratives and storytelling through comic characters.

Murari hails from Chennai. After completing his engineering, he got placed in Cognizant Technology Solutions(CTS) through campus interview and worked with them for six years. Murari admits that he used to score good marks during his school days, but most of it was a result of rote learning. And the same habit propagated through college as well. It was only two years since he joined CTS that he realized he was not cut for IT. But he didn't know what else to do either. Murari started exploring opportunities in different fields. During the same time he was also volunteering with an NGO, AID India which focuses on education in rural India. During this period Murari got an opportunity to teach students in rural part of Tamil Nadu. Soon he got an opportunity to move to US from the company where he got some much needed exposure.

Murari says, “After 3 years at Chennai CTS, I got an opportunity to go to the US (to work at my client location). I was in the abroad for 3 years and was exposed to different things there. Soon I started comparing US and India. I was trying to understand the difference in growth, culture etc. and I felt there was a flaw (rote learning) in our education system and most of the problems that we Indians face was because of the anomalies in the education system. So I wanted to do something about it.

Then I thought of intersecting the idea of story writing and education, which in other way, "Education through comics". I believe in the power of visual communication so I thought I should use visual communication or rather Comics as a tool to solve the problem of rote learning. I personally feel the Indian education system doesn't allow students to think and apply. I believe this problem could be solved by my idea. But the challenge was I didn't know to how to write stories and draw. So I asked few of my friends to help to draw and write. "

"Nobody was willing to write but a friend of mine was willing to draw. So I wrote a story/script for "Newton's 3rd Law" and gave it to her. She converted it to a comic. I presented this idea in Hass School of Business, Berkeley(I did a course in Entrepreneurship in Haas for a month). Everybody appreciated the idea. That was when I thought I will quit and focus this as my full time. I came back to India and I quit and I joined AID India(NGO, I was volunteering for) as a full time employee. I was with AID for 2 years. I tried to understand the education system in rural India," recalls Murari.

After his stint at AID, Murari registered his firm as a sole proprietorship in Chennai. Initially there were a lot of challenges. He did not find anyone who could help him write the scripts for the concept. It took him one year before Murari found a freelance Illustrator who started helping him with visual narratives. Murari says one of his biggest challenge was to find the right team and people who could do the job. But that did not end there.

At present there is a brilliant feedback from the student community for the product. Murari says,

“After developing the prototype, I took it to schools. I asked many students to read the comic (which I projected in their class) and asked them to tell me what they understand. Interestingly each and every student interpreted the story in a different way but the concept (science or math) behind the story was interpreted in the same manner. Everybody understood the concept and they were able to relate to it very much."

Talking about his five year plan, Murari wants his product to be used by 70% to 80% of the schools in India. We wish him great success in his endeavor.