The Glitch captures all screens, bets on mobile 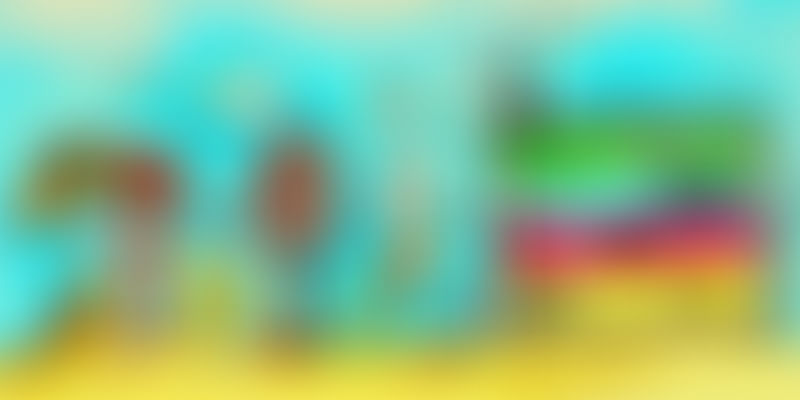 Almost three years ago, Yourstory had gate-crashed a party at ‘The Glitch’. From an up and coming production house that catered mainly to the digital platforms with 23 members in the team, they have now scaled up to 140+ members across three verticals.

They have delivered several disruptive campaigns over the years, managed over 25+ accounts in the digital media sphere, including Pears, Magnum ice creams, Lakme, Set Wet, among others.

They also initiated a few campaigns where they made innovative use of technology. These include wiring a nerf gun that could be activated by users in real time via tweets for a contest, a website for Ragini MMS 2 that worked only when then lights in the room were turned off and many more.

You can read more about their work here.

Rohit Raj and Varun Duggirala co-founded The Glitch in 2009 after going through successful stints at Channel V and MTV respectively.

Rohit is a design nerd, technophile and the Creative Head of The Glitch. He now leads the agency side of the business crafting creative strategy for brands.

In his early days like most Indian youth, Rohit had contemplated a variety of career choices and then came to the conclusion that he just wanted to be “rich“. He knew that he was a story teller at heart, so when B-Schools turned him down, he decided to take a leap of faith and began a career in film-making. A few years down the line after that, he got into advertising and the rest as they say is history.

Varun has a mass communication specialization from Symbiosis Institute of Media and Communication. He then went on to join MTV as he wanted to work with musicians, which meant getting exposure to Bollywood & Reality TV

Today, with over 150 digital strategists, technologists, directors, writers and overall digital natives spread over offices in Delhi and Mumbai, Varun manages the business end of The Glitch.

Yourstory got an opportunity to interact with Rohit Raj, the Co-founder and Creative Head of ‘The Glitch’.

Here are excerpts from the conversation:

Starting up and Scaling

After three years of shooting promos to help market the content at Channel [V], Rohit left the company with the intention of starting a new venture. He found his CoFounder in Varun Duggirala, who was his best friend from college, flat-mate and colleague. Together, they started Glitch in 2009, a production house that catered mainly to the digital platforms.

They both quit their jobs and ‘The Glitch’ was born. The Glitch initially started as a video production company for the web, where they created interactive video content for Bindass and Channel V, and it was the addition of digital strategy and technology to their ideas that truly give it wings.

From creating corporate advertisements which a user could watch with 3D glasses to interactive gaming experiences where users could play as real live gangsters and spies, their idea has always been to disrupt and engage consumers on any screen they were glued to. Their motto was ‘behind every screen is a person’.

Over the span of four years, they pivoted to becoming an agency that would craft the digital strategy for brands as well as provide content across various platforms.

“To say that the journey has been fun and exciting would be an understatement. We may have grown from a 23 member team to a 140+ team across two cities, but the culture, the madness and the enthusiasm still remains the same. We still get excited by the thought of developing something that makes people sit up and take notice,” says Rohit.

The last time YourStory reached out to The Glitch, they were a digital content house that was trying to venture into a space where they could marry their content creation abilities with strategy and insights.

Today, they have successfully managed to do that and more. They have branched out into three verticals:

The Glitch has run many amazing and innovative campaigns over the years for many amazing brands and even movie productions. Rohit gave us a brief idea about how the team brainstorms shortlists the best ideas and then implements them.

“Brainstorming at The Glitch is still the same -- chaotic and full of madness, except that there is a method to the madness. Everybody from all the departments are part of the first round where ideas and thoughts are bounced. Each person brings their varied strength & competence to shed their perspective/thought. The strategy team then funnels these thoughts with the objectives to arrive at the core strategy,” Rohit explains.

“This core strategy is then dispersed to the three verticals where the individual teams come back with their innovations and ideas which are finally collated to form the 360 degree plan,” he adds.

Takeaways from his beginnings

Rohit has worked on over 50+ promos & ads for Channel V early on in his career. The biggest take away from his days at Channel V has to be the fact that ‘Content is king’. It doesn't matter what platform or what screen one is catering to, if one has a compelling story to tell, people will listen. The story can be shared using a mobile phone camera or with a simple 140 character tweet or an emoticon on WhatsApp. The medium is agnostic, as long as it’s entertaining and engaging.

The future of advertising

About 20 years ago, TV, radio and newspaper were the only means to advertise. Now in addition to those, Social Media is the best place to advertise and go viral. Rohit spoke about what the scenario may be like five years from now.

“If I could predict the future, I would have been a billionaire by now. But the next definite move is mobile. We at The Glitch now treat the mobile as the first screen and then go about developing our strategy. People stare more at screens now than at actual faces, so that’s the place to be. If there is a screen, we have to be on it. Currently, it’s the mobile screen, I wish I knew what it would be in five years,” adds Rohit.

Words of advice for aspirants in the advertising field

“If the words insomnia, coffee, stress, beer, workaholic, and glamour etc sound as exciting to you as they do to us, then welcome home.” says Rohit. After a short pause, he laughs and adds, “I am joking about the glamour, there is nothing glamorous here.”

If after five days of continuous work, no sleep, 32 cups of coffee, beer and lots of stress later, one can go back home smiling, having managed to sell a refrigerator to an Eskimo, then advertising is for you.

Looking back at the YS interview three years ago, when Rohit was asked where he saw his company five years from now, he says, “I would say that we are on track. As predicted, brands have realised the potential of the digital medium and this has been the key factor in our growth. This said, there is still a long way to go.” They want to continue to innovate, to disrupt and to be as edgy as they were before.

Rohit left us with this gem of timeless advice: “We may grow old but we are not going to grow up.”

You can check out their website here for more details.