Agrini: Transforming government schools to give all children in India equal education 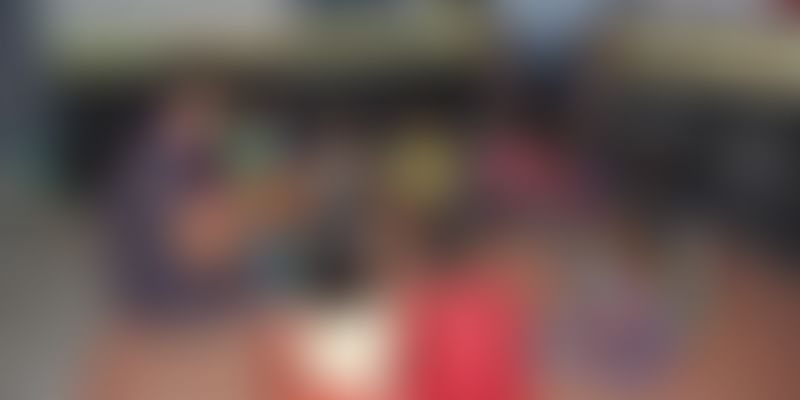 After studying to establish mobile networks, self-confessed engineer eccentric Gourav Jaiswal found his true calling in the field of education. “I always believed that education is the only sustainable change you can create, and so finally I decided to initiate Agrini. There were many gaps in the education system being practiced, I started with one very clearly visible to me”, says Gourav.

The NGO, Agrini focuses on operations to make a difference in the government run education centres, ‘Anganwadis’, of Madhya Pradesh. It looks at bridging the gap in quality and reducing the disadvantages of public schools to create equal and quality education for all.

Anganwadis are resource centres located in every village and urban unit, but lack proper education and training aids. They were offering nothing to the children attending their programs while private schools provided their students with polished education programmes, something which Gourav noticed was “resulting in great inequality being created within the communities”.

Gourav worked on creating a low cost model that would essentially combat the sub-standard level of pre-schooling that Anganwadis were offering, their lack of curriculums, assessments and teacher training and the poor infrastructure, across the 1.4 million centres that serve 5 crore Indian children.

Working within the southern areas of Madhya Pradesh means that around 70% of the population are below the poverty line. Being in an area so close to forest agriculture and having only migrant labour as a main occupation, the families there survive off a very low-income; making the Anganwadis a dominant choice for schooling, inspite of their sub-standard quality. But Agrini wants to make sure that they don’t have to make do with this sub-standard education, by aiming to give every child the right to a fair start in education.Argini has successfully worked with 20 Anganwadis, by helping them to improve their pre-schooling programs with teacher training, and making the school environment interactively stimulating. Now, the NGO has begun to introduce multimedia techniques and the use of toy libraries in the school curriculums. Naming their model which upgrades government Anganwadis, ‘NEEV’, has been their biggest achievement to date, reaching 6000 children in the past four years.

However, the introduction of such a different curriculum and new training programs for the teachers didn’t come without a challenge. Gourav recalls, “Initially it was difficult to convince local teachers, parents and the community, as all that we were talking about was new to them. But slowly we were able to demonstrate the impact within the children and things began to change.”

Seeing the acceptance of the use of technologies to teach children in these rural schools has been the most forward change for Agrini. Now it is left to the government and the media to move forward with their thinking on Anganwadis, as they still limit them malnutrition and completely ignore the importance of pre-school education.

“Pre-school education was not even considered as a part of school education when we started. It took us time to convince people that it is one of the most important times when a child learns.”

Future plans for Agrini involve taking their model further geographically across India and experimenting with different regions and cultures to make their education techniques compatible and beneficial for more children across the country. They look to keep changing and moving Indian attitudes forward and toward pre-school education.