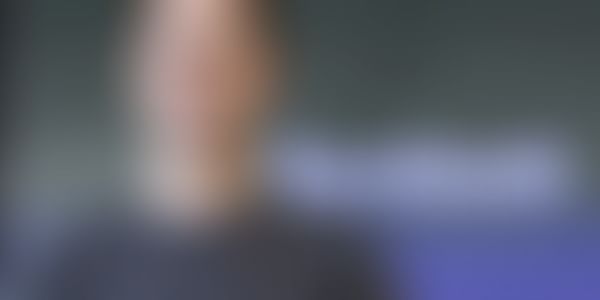 On 22nd October Mark Zuckerberg was at Beijing’s Tsinghua University for his first ever public Q&A. The audience, full of students, were visibly excited at this opportunity. But something even more wonderful awaited them.

Once the interviewer was done officially introducing him, Zuckerberg greeted the crowd in Mandarin- a gesture that drew polite applause from the crowd. But when he continued speaking in Mandarin for the entire 30 minute interview the audience, and subsequently the internet, went wild. Never mind that the ratings of his grasp on Mandarin ranged from ‘terrible’ to ‘mediocre’. Zuckerberg’s charming self-deprecation as he trudged on in broken Mandarin and his jokes, which everyone is going crazy over even though we can't understand them, won the day.

If you are having trouble digesting such a reaction think how an Indian audience would react if Zuckerberg, or any other western icon, spoke in Hindi for the entire length of an interview. Any prediction of euphoric uproar would be an understatement. In honour of this lovely feat YourStory compiles a list of five lessons any entrepreneur, aspiring and otherwise, can learn from the founder of Facebook.

Two commonly reiterated dreams of the twenty first century working professional are either to make a fortune while you are young and then retire to a paradise island and live out your days in a haze of fun or invent something crazy successful and be celebrated as an overnight success. Zuckerberg has the funds to do the former and is obviously the latter.

Plateauing comes when after a steep bout of successes individuals comfortably settle into reaping the benefits of those. It is the single plane of existence, albeit high up the corporate ladder, where life is cocooned, sheltered and privileged. Chances are nothing is going to top the founding of Facebook. Instead of settling in to enjoy ten lifetime’s worth of rewards, Zuckerberg showed us what made him a fantastic innovator in the first place. He placed prime emphasis on human accomplishment.

Mandarin is consistently placed first on the list of the toughest languages to learn in the world. New languages are best learnt as toddlers, ten year olds or maximum teenagers. Adults have notoriously high number of cognitive disadvantages when it comes to mastering a new language- any language. It is easy to imagine how incredibly difficult it was to learn the world’s arguably most difficult language for the thirty year old Zuckerberg. In fact he took it up because, ‘Chinese is hard and he loves challenges.’

What’s stopping you from training for that ten mile marathon or mastering Italian cuisine? If lack of time is a favoured complaint then know that you got nothing on a billionaire CEO.

Zuckerberg’s personal reason for wanting to learn Mandarin, according to Quartz, is so he could speak to his grandmother-in-law in her native language (his wife Priscilla Chan is of Chinese-Vietnamese descent). How endearing is that?

Chasing success is all well and good but it means nothing if, at the end of the day, you have no one to share it with. It is this sentiment that separates the successful entrepreneurs from the happy ones. Look at what gives your life meaning and makes it worth living. Devote the time and energy it deserves. Like Maya Angelou said, “I sustain myself with the love of family.”

Zuckerberg’s intentions in learning Mandarin weren't entirely rooted in family love and a fondness for challenges. He has been working since 2009 to get Facebook unblocked in China, a country known for its strict internet censorship regime. Though Facebook has been involved with helping Chinese companies grow abroad- using Facebook ads to find more customers- landing a foothold with the country’s two billion strong populace has been nearly impossible. Needless to say securing this foothold would be financially extremely lucrative for the social networking site.

Business writer Rob Schmitz wrote, “In the world of business, if you're going to stand any chance with the Chinese, you have to show that you're willing to invest in Chinese culture and Chinese language.” When years of boardroom strategizing and diplomatic negotiating did not yield worthwhile results, this single act of respect for another’s culture won over the Chinese public for Zuckerberg.

One of the most important nuggets of information from the interview that did not get lost in translation was Zuckerberg’s plan for the future. “Facebook is 10 years old this year. So if I ask 10 years from now, what should we develop? I decided we should develop three things. First, we need to connect the entire world. We need everybody to use the internet. Second, we want to develop (in English) artificial intelligence. I think 10 years from now computers will be better than humans at reading, listening, talking, and other things. So we are developing this. Third, when everyone is using mobile phones, I believe the next platform will be (in English) virtual reality. Oculus is the first product, but we hope there will be many products. Those three things.”

When Facebook hit the horizon a decade ago, few could have prophesied how crucial a global voice it would rise to become. While the past may have been serendipity for Zuckerberg, he is clearly building on that for an equally game changing future. With bold new social networking sites hitting the scenes every day (hello Ello), many studies have questioned Facebook’s relevance in the increasingly hyper digital world we inhabit.

Facebook’s future may be uncertain, but Zuckerberg’s certainly is not. He is looking to change the world. Yet again, going by the advice he doled out to entrepreneurs, “I feel that the best companies are started not because the founder wanted a company but because the founder wanted to change the world…. If you decide you want to found a company you maybe start to develop your first idea. And hire lots of workers. But you maybe have lots of ideas and you don’t know which one is best. If the first idea isn't good, then your company isn't good. But if you decide to change the world you should try to develop more ideas. If any idea is very good later you found the company.”

You can watch the interview here in full.