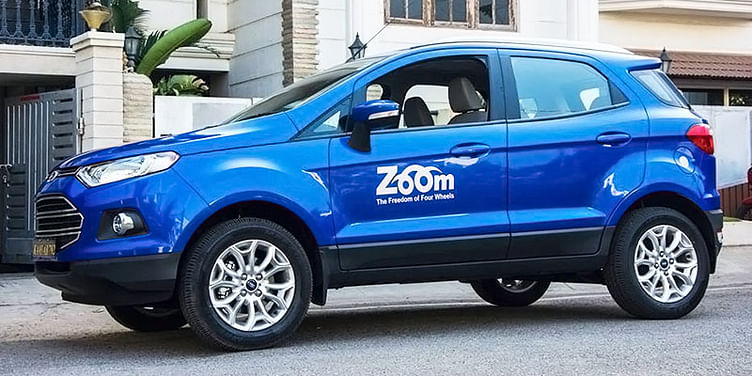 Zoomcar, a tech startup that provides self-drive cars for rent, has raised $8 million in a venture funding led by Sequoia Capital. The service was started in Bangalore in February 2013 with 7 vehicles at a single location and is the first car rental company in the country to focus exclusively on self-driven cars. The duo behind the startup, Greg Moran and David Back, moved to India from the USA to work on their idea.

Apart from Sequoia, the funding round includes participation from Mohandas Pai, former Infosys CFO and Abhay Jain, Head of Corporate Affairs at Manipal Group, among others. The startup's early investors that include Empire Angels, FundersClub, Basset Investment Group, and funds advised by Triangle Growth Partners also increased their stakes in the round. Zoomcar had previously raised $3M from the aforementioned investors. The startup said it will invest the funds in expanding to Delhi, Mumbai, Chennai, Hyderabad, Goa amd other cities.

Over 95% of the car rental industry comprises of vehicles that are chauffeur-driven. Zoomcar's bet on the self-driven model has been a novel concept for the Indian market. And the bet seems to be drawing rich dividends. In a short span of 20 months the startup has grown to a fleet size of over 250 cars at about 40 locations across Bangalore and Pune. The service has had over 30,000 bookings in the same period with over 1000 customers having used the service more than 5 times.

"The opportunity here is astronomical," explains Zoomcar Co-Founder and President David Back. "Around the world, our business model thrives in ultra-dense cities with low car ownership rates. By 2030, India will have 68 cities with populations over 1 million, while all of Europe only has 35 such cities."

With near-zero customer acquisition cost and a negligible marketing spend, Zoomcar has been able to create a service which has a perennial 'good-to-have-problem' of having to turn away customers every week since its launch - 90 weeks in a row.

“We think they have a shot at changing the rules on car ownership in India. We are delighted to back them and support them in their endeavor to disrupt the traditional car rental market through a hyper-local car sharing model," Shailendra added.

Zoomcar offers self-drive cars at prices ranging from INR 60 per hour for its Ford Figo model to as high as INR 195 per hour for a BMW 3 series. The startup is highly tech-driven as well. Customers can book their cars online as well on Android and iOS apps, wherein the paperwork, payments and identification is integrated. It is also the first to offer the elctric vehicle, Mahindra REVA E2O for rental.

The radio taxi and car rental market in India is seeing considerable action, second only to e-commerce. US-based Uber is on an aggressive spree to increase its Indian footprint even as it tries to figure out a plan to adhere to the Indian rule books and the RBI mandate. Current market leader Ola is on a roll as it continues to acquire more and more customers with massive rounds of funding, the latest one of $277M led by Softbank; with TaxiForSure, funded by Accel and Bessemer, close on its heels.

Related read: These 6 charts explain the radio cab app wars in the Indian market – Ola vs TaxiForSure vs UBER