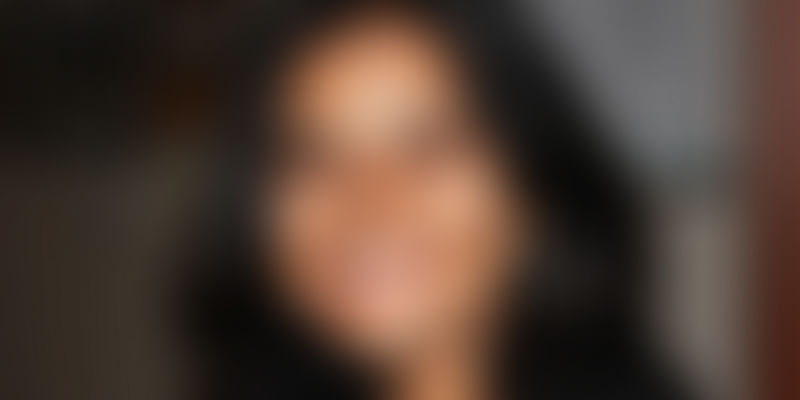 Ask any entrepreneur for their bucket list and a good many respond: climbing a peak, trekking, bungee jumping, running a marathon or some other adventure sport. Given the usual complaints of lack of time, cost and even safety, adventure sports like climbing are usually short lived, one time activities providing instant adrenaline rush.

With Wildcraft being funded and players like Thrillophilia coming into play, adventure as a space is getting noticed. Astha Chaturvedi, the Founder of Urban Climbers, is creating an organised platform for adventure to be practiced safely.

Astha aims to address the ‘Outdoor deficit disorder’ in the current generation by crossing the huge lifestyle barrier of ‘I don’t have the time’. Urban Climbers delivers the experience literally at the customer’s doorstep, ready to display demonstrate or deploy.

Astha is not new to the world of adventure. She had done kayaking, trekking and climbing since childhood. Her stay in the US from 2005-2009 made her realise the application of climbing as a commercial business. It was then that the idea of Urban Climbers began taking root.

In the last quarter of 2012, due to circumstance that required her undivided attention Astha had to quit her high flying corporate job. By now the desire to see Urban Climbers up and running had reached its tipping point and Astha had stated working towards it.

While gearing for a marathon, Astha sustained severe injuries that resulted in her kneecap being crushed in several pieces. After a few days of being depressed she got into action. With one leg and a lot of time spent in bed, she chalked out the entire plan for project Urban Climbers. Urban Climbers was started in April 2013 with Astha’s sheer grit and determination.

Urban Climber has adopted a multipronged strategy – it follows a model where the company works with residents of large apartment complexes, schools, and has also set ups in clubs and resorts which helps it to cater to large corporate groups. “We also have a program called, ‘The Wall of Life’, where we work with trainers and take large corporate groups through the program. It is a team building program that revolves around climbing,” says Astha.

“One of the most insightful experience was setting up a climbing wall at Indus School of Leadership in Yellagiri, which actually involved setting the wall on a hill station, and men and material had to be carried up around 20 hairpin bends.”

Astha adds, “Managing time I feel is one of the biggest challenges for any entrepreneur. There are so many things demanding your attention at any point in time – the ‘to do list’ keeps over flowing.”

Another major challenge is attracting the right people and retaining them. There is a huge trainer pool that can be targeted but there is a need for training the trainer also as language skills and soft skills are a challenge. Astha’s focus is on hiring young interns and students looking to do something different and exciting. They have a trainer management program in place to ensure a good and skilled pool of trainers.

Astha believes that Urban Climbers has the first mover advantage as in the market they are the sole player providing end-to-end set up as well as training capabilities.

“Once people are convinced about safety, about your credibility as a provider, they do come forward to try the sport. Attracting investors has been tough. Especially in a city like Bangalore where food and tech startups rule the roost.”

Astha started with a very thin budget and was able to attract an angel investor based in Dubai.

The fact that lifestyle today is sedate and stressful is the reason behind Urban Climbers’ existence. A majority of takers for climbing comprise children. “We start at the tender age of five and go on till 13 – 14 years. Our biggest task as I said is to convince parents or teachers – they are somewhere aware of the benefits but just not aware that the benefits are available to them,” she says.

Urban Climbers is provides  training for climbers with schools like Oakridge School and Aurinko Academy. They have also developed training content for schools.

“From a consumer perspective, working with children has been very gratifying. We train them in the finer nuances of climbing and the benefit that we see with sustained training is far more than knowledge of climbing as a sport,” says Astha.

The journey has been very exciting for Astha. “I am not saying it’s been easy but it definitely has us rocking all the time. We have learnt a lot.”

According to her, retail space in India is one of the biggest barriers in any business. Urban Climbers overcame this barrier by putting to good use an otherwise dead space in a building. It spent some money on R&D for creating climbing surface, and with that thought, ran one prototype just to see who will climb, what will it take to set up? Astha say, “That one wall proved one step in the right direction; it just opened the doors for us.”

Help has poured in from friends, from people who climb with them, from people who hear about them and even from so many of people outside India who have seen them, applauded them and come forth with advice on how to move forward.

Urban Climbers have managed to set up 10 walls and have a healthy pipeline in view. They are operating with schools and the next task is to integrate their climbers on a competitive platform which will kick off in Oakridge School coming January.

What makes Urban Climbers stand out is that they have products and services to suit their customers’ needs and pockets. Astha shares, “If a customer wants to buy a wall, we have the expertise to fit the budget. If they have a large customer base we have the build-and-operate model for them.” The latter is a cash intensive model. This model is the way forward to grow the category rapidly.

She adds, “We are looking at about Rs 2 crore coming in, but we are also ready to tailor the plan around the money an investor is willing to put in.”

“The most difficult mountain to cross is the threshold,” a Danish proverb. So what are you waiting for? Grab your shoes and start climbing.