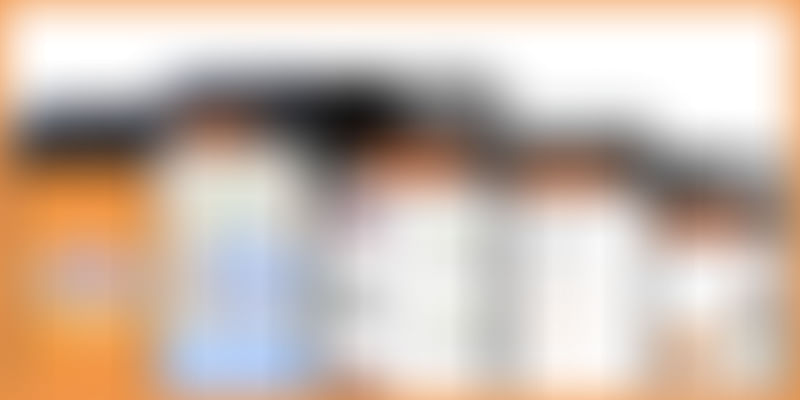 With all the taxi ads and offers flying around us daily, India seems to be saturated with online cab booking services, but it seems otherwise. The action is just hotting up as India’s taxi market estimate is ball parked at $6-$9 billion (Rs 36,000 – Rs 54,000 crore), and only four to six percent of it is organized; which means there is enough and more room for growth. The demand for online booking is sky rocketing and service provider platforms seem unable to keep up with growing consumer demands.

Delhi-based TaxiPixi is a transport technology provider startup built by the team at On Time Technologies Pvt Ltd. The startup was founded by the CEO Kajal Dubey, with Co-founders Jitender Sharma and Gaurav Agarwal. As a multi-operator taxi booking platform, TaxiPixi supports drivers and cabs from all taxi operators and aggregators. The current core team comprises Zaid Azmi and Bhupesh Goyal. The team is proud of what they’ve built with just five people while their behemoth competitors payroll-ed hundreds of employees.

So far the startup has been media shy, and YourStory had to hound them with follow ups for an interview. Last year, TaxiPixi had raised an undisclosed seed round from Hyderabad-based mobile phones maker Celkon Mobiles.

Usually when a user books a cab with any single operator or aggregator, he/she can only access the fleet of that individual operator or aggregator. However, when a user books a cab through the TaxiPixi apps, the booking request is sent immediately to all the nearby drivers of multiple taxi companies, including operators and aggregators. The CEO of TaxiPixi, Kajal Dubey, says, “This enables us to find a cab that best meets the requirements of a user in terms of availability and price across several taxi companies and across several cab categories. For example, in Delhi, these could be economy radio taxis, radio taxis, tourist taxi and SUV taxis working with any operator or aggregator.”

She adds, “We work with drivers directly as well as with taxi companies. In August, after a six-month pilot, we signed a formal agreement with Gurgaon-based G-Cabs which has more than 250 cabs across radio taxi and tourist taxi segments. In Delhi, drivers from every taxi operator and aggregator have signed up to be on the TaxiPixi platform. We support local and outstation bookings as well as hourly and daily rentals. We also support both advance and real-time bookings. Customers usually pay cash directly to the drivers, based on the actual distance and time, at the end of the journey.”

TaxiPixi has Android & iOS apps as well as a single landing page interface. The consumer facing apps have all the features of a taxi booking app such as ability to see available cabs on a map, book a cab in 30 seconds, check status, real-time tracking and ETA, call the driver directly from the app, and one click to cancel.

According to sources, the app has had a unique opportunity of being pre-embedded on the Celkon Mobiles. We don’t know how much of that helped in the app adoption. But the team claims their app has been downloaded 60,000 times from PlayStore.

The TaxiPixi team had global ambitions from day one with a mantra of ‘partner with local taxi companies for international expansion.’ The international flavor was reflected in the design and development of their technology, like the ability to support multiple currencies as well as multiple languages. Dubey says, “We first tried this with a couple of small taxi operators in Malaysia and Singapore and launched there in February 2014. Since then we have been learning and working aggressively to expand our international footprint. As of today, we are in different stages of launch and operations in Saudi Arabia, the UAE, Egypt, Azerbaijan, Malaysia and Italy. Nigeria also happened as a result of these international business development efforts.”

Two weeks ago, the startup inked a major partnership in Africa with Lagos-based taxi startup called Tranzit.ng, founded by Boris Muyiwa, Rodney Jackson Cole and Ugochi Nicole Ugbomeh. “What we liked most about Tranzit is the management team. They are a young startup and are hungry for success -- traits we could identify and relate to. They have built great traction among cab drivers and customers but needed help with technology. So we decided to work together and support them with our technology. We have also decided to work with the Tranzit team to further expand the TaxiPixi footprint in Africa and hope to be able to enter Ghana and Kenya after Nigeria,” says Dubey.

The two companies were introduced via a third party company (name not disclosed). According to Ugochi, “Both companies realized that with the business model and local advantage of Tranzit and the technology of TaxiPixi, there was significant potential for a highly rewarding partnership.” The team feels very proud of the scale they have reached mostly bootstrapping till now and with only a five-member team, while other players in this sector have hundreds of employees.

TaxiPixi has built a robust technology around user authentication, roles and access rights which adds to the ease of running in multiple cities, as well as multiple taxi companies within each city from a single, global application. This reduces the cost of the overall system providing a scalable and stable environment. Besides English, Arabic, Russian, Turkish, Azeri and Spanish languages are supported in the app. It’s flexible and scalable technology architecture makes the TaxiPixi platform very attractive for local partners in developing nations as it would take them years and a lot of money to build and maintain such a system.

According to Dubey, what has really helped them in building these international partnerships is “our business model of being a lead generation and fulfillment platform rather than a taxi company. An aggregator is still a taxi company from competition as well as customer’s point of view because of branding and pricing etc. Our business model allows our local partners to retain their brand and that has proved to be very appealing. We don’t impose below-market pricing or discounts and let our partners decide the pricing and discounts for their local markets.”

TaxiPixi team believes that taxi is a local business and local partners understand their customers as well as cab drivers, and their unique constraints better and hence they leave most of these decisions to their local partners. She adds, “This has enabled our local partners to correctly see us as a technology and marketing platform rather than a competing taxi company. So perhaps we are more like a restaurant food ordering app such as Food Panda. Food Panda isn’t a restaurant but allows you to get food from restaurants. By partnering with Food Panda, restaurants keep their brands and pricing while leveraging Food Panda’s technology and customer reach. In terms of business model, we think the taxi app that most closely resembles our business model is perhaps GrabTaxi which operates in South East Asia.”