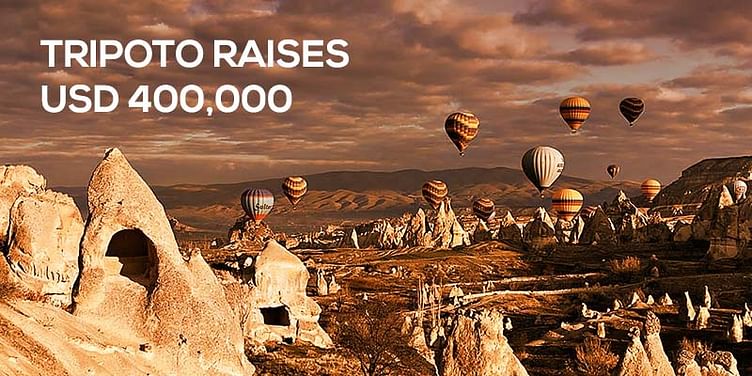 The online travel community for travellers, Tripoto, has raised a seed investment of 400,000 USD from angel investors led by Outbox Ventures, including Snapdeal’s Founders Kunal Bahl and Rohit Bansal. Sachin Bhatia, Founder of Makemytrip and Trulymadly also participated in the round.

Following the round, Niraj Singh from Outbox Ventures joins as Tripoto’s board observer. The raised capital will be used in scaling up the technology team and expanding the global community.

Founded by Anirudh Gupta and Michael Lyngdoh, Tripoto brings together travellers from around the world to share and discover real, and actionable crowdsourced travel stories. The startup maps every single destination in the story, along with the associated content and pictures.

Speaking exclusively to YourStory about the traction, Anirudh said, “So far the traction has been phenomenal. We were at zero in December last year, but now we receive around 300,000 unique visitors and 650,000 pageviews on a monthly basis. Travelers from more than 100 countries have shared their travel itineraries on Tripoto with more than 50,000 contributors.”

Prior to the launch of Tripoto, Anirudh was part of the founding team of Notion Ink, and also worked for Rocket Internet as an Entrepreneur in Residence (Middle East), while Michael is a serial entrepreneur and earlier founded HST Operations (now known as HST Solar).

Read: Journey from ISB to co-founding a travel startup - Tripoto

“We intend to use the funds to build a quality driven content team and consolidate technology for a seamless customer experience. Tripoto travel app for Android is already up and running on Google play with great traction, and we are coming out with a travel app for iOS within a week’s time,” added Anirudh.

With a 13-member team, the startup plans to become a platform of choice for sharing and discovering travel stories and itineraries on both web and mobile globally. “Our vision is global. With the community and content scaling up, the traffic will scale up as well rapidly,” said Anirudh.