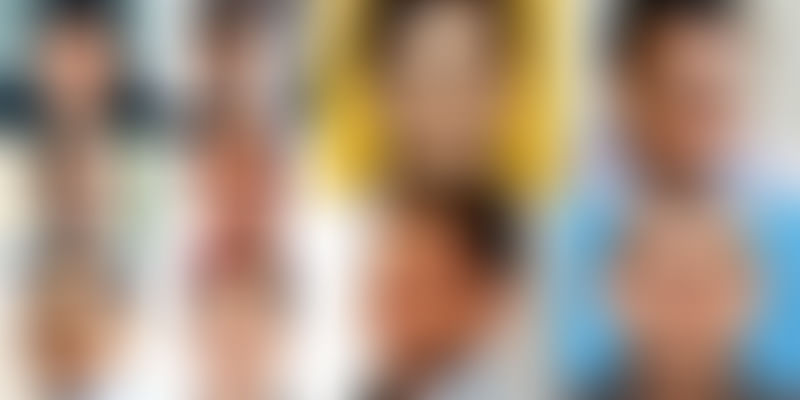 Acquisitions, fundraisings, controversies, awards and recognitions were some major events witnessed in the startup ecosystem in 2014. As Flipkart’s Big Billion Day caught the eyes of many, the Chinese smartphone maker Xiaomi too made headlines. With around five international acquisitions this year, Zomato amazed us, at the same time Myntra’s acquisition by Flipkart caught many eyeballs. While InMobi was awarded the most outstanding startup of the year by ‘Forbes India’, Ola was crowned the startup of the year by ‘Economic Times’.

Myntra hit the news when Flipkart announced 100% acquisition of Myntra in $370 million deal. However, the company operates independently. Myntra's Mukesh Bansal said the company has a 30% market share in online fashion with Flipkart bringing in another 20%. Myntra, which is targeting sales of 2,000 crore this fiscal, is also not profitable yet. However, its in-house brands like Roadster and Dressberry are responsible for about one-fourth of their sales and bring in margins of up to 60%.

Zomato created a buzz a lot of buzz this year, from acquiring Menumania.co.nz, a popular New Zealand-based restaurant, raising series of fundings, launching in Chile, acquiring Lunchtime.cz and Obedovat.sk, the Czech Republic’s and Slovakia’s restaurant guides in August making it fourth acquisition within a span of three months. Repeating it again, Zomato made its fifth international acquisition by acquiring an Italy-based startup. Till date, Zomato has raised more than $110 million and is valued at over $650 million.

Olacabs experienced a mixed-bag this year. It secured the best startup in India as per the ‘Economic Times’ survey. Being the first of its kind, Ola rolled out a premium woman-only pink cab service. Above all, the company also raised funds worth 250 crore rupees. Ola also fought back government’s decision of being banned in the capital and was allowed by the High Court to operate in Delhi.

Housing.com founded by Advitiya Sharma, raised funds worth 90 million dollars via Softbank. The company also integrated features like home loans and rental agreements in its online platform. Know more about Advitiya and his venture.

Vishal Sikka, the man behind the 7.3 per cent quarter-on-quarter growth in net profits, has given a new face to Infosys. Other than earnings, many other things have changed for the IT giant. Click here to know more about the new Infosys CEO and what's new in the company.

One of the biggest newsmakers of 2014 is Xiaomi. It almost got banned in India after the hearing of a case filed by Ericsson India against Xiaomi in Delhi High Court. Xiaomi had launched its India operations in July 2014 and the country is the second largest market for the company and also the fastest growing one, selling more than one million smartphones in India so far, according to Xiaomi India head, Manu Jain, via Twitter on December 25.

Xiaomi today confirmed the $1.1 billion funding round at $45 billion valuation

How Xiaomi sells its high-end phones at low prices: a short lesson in the Economics of Pricing

Snapdeal made it to the newsrooms for various reasons, including a case where a customer ordered a Samsung smartphone on Snapdeal and received a bar of dishwash soap. Once the incident made it to social media, Snapdeal refunded the amount to the irate customer. It came into the spotlight yet again, but this time for raising $627 million funding from the Softbank group. Snapdeal continued to make headlines with such news throughout the year.

Launching voice-based recharging solution on its Windows phone app late this year, Freecharge created a buzz in the market. Also series of fundings which include $33 million in Series B round of funding from existing investor Sequoia Capital, with participations from Belgium-based investment company Sofina, besides Russian VC firm ru-Net in September this year, and $50 million in its Series C round of funding has led Freecharge to be one of the biggest newsmakers of 2014.

Within six months of raising a $90 million round, online classifieds marketplace Quikr announced a $60 million fresh funding round in around September led by Tiger Global Management along with existing investors Kinnevik, Matrix Partners India, Nokia Growth Partners, Norwest Venture Partners, Omidyar Network, Warburg Pincus and eBay Inc.Quikr competes with Argentina-based OLX, and both have been marketing heavily via all channels to acquire more users. In February this year the company had launched a new campaign around the concept of Maximum Selling Price (MSP).

Constantly in the news, InMobi rocked the charts when it was announced the Outstanding Startup of the year by ‘Forbes India’. InMobi is the world's largest independent mobile advertising company, which taps into 800 million mobile users every month. Also, series of fundings from various global private equity and strategic investors has led InMobi to a spot on the list.

Making one of the biggest news this year, The Big Billion Day as announced by Flipkart created a buzz around the end of the year. Nearly 1.5 million people shopped at Flipkart, according to the company, making it a huge success. Yet there were some issues faced by customers which led to an apology letter sent out by the Bansals thus making this one of the biggest controversies of 2014.

From working in his father's small sweet shop in Agartala to emerging as one of the two new bank licence holders in the country to being awarded the Entrepreneur of the Year with a social impact 2014 by ‘ET’, Chandrashekhar Ghosh made good news this year. Starting off with a capital of under Rs 2 lakh, he has led Bandhan to build one of India's most profitable NBFCs. Bandhan became one among the two new bank licence holder as announced by the RBI.

Making it one of the largest media deals, RIL acquired majority control of Raghav Bahl owned Network18. This 4,000 crore rupee deal would give a push to Reliance’s foray in the 4G space. A few days preceding the acquisition, Network18’s CEO, CFO and COO quit. That’s not all, Network18 group sacked around 500 employees this year.

Mu Sigma’s Founder Dhiraj C Rajaram made his way to the Best Entrepreneur of the Year Award at the ‘Economic Times’ Award for corporate excellence. Mu Sigma is one of the fastest growing companies in the world and has raised a gargantuan grand total of 163 million dollars in funding over its nine years of existence. Mu Sigma also holds the unique distinction of securing the largest funding round ever by a business analytics company. Read more about Dhiraj and his venture.