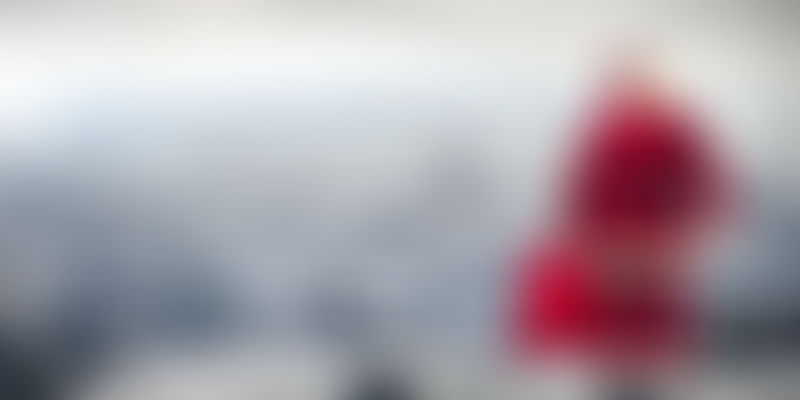 In the field of tech entrepreneurial activity, India is on the verge of something big. That’s what many of us think and the rhetoric around the journey to be a product nation has never been stronger. So, as it approaches the end of 2014, perhaps we can allow ourselves a brief moment to dream of “what Santa might bring us” as a gift for 2015?

I hope to see over the next 12 months a furtherance of the growing social acceptance for choosing the career of a tech entrepreneur. As governments, even royalty, in the UK, India and USA are showing huge interest in what innovative new companies and teams of young entrepreneurs are creating in India it must surely lead to a much more palatable social standing for many nascent entrepreneurs.

This widespread credibility will hopefully bring with it an increasing pool of female founders for tech startups. We are already seeing at TechHub a growing interest from young female tech entrepreneurs, stay at home moms and other previously quiet demographics. This is most welcome, as it brings a totally different perspective and energy to the ecosystem.   In a knowledge economy diversity is a very important variable, and should be encouraged in all things particularly in the search for sustainable success.

Hopefully the next 12 months will also see the 18 to 25s find a new place in the minds of marketers and technologists. This group has yet to realize, or to be recognized for, the impact it will have on the future of the Indian economy. As they do so we will see their needs driving more and more trends of innovation.  The influence of this group is very likely to be felt strongly for 20 to 30 years.

The new government has been fantastic for tech entrepreneurs thus far. It has been proactive and passionate in giving leadership to the idea of becoming a product nation. It has also backed several key initiatives to bolster the rhetoric with real action. I am sure this will continue and more speed to it. This kind of support and leadership gives us both heart and help in equal measure.

It would be fantastic to see the support build towards tax incentives around investments as well as capital gains relief in 2015. This will fuel the ecosystem into creating more early stage companies, and lead investors towards taking more long-term risk.  The UK saw such policies work well over the last 5 years, and there is the start of a policy for India to be found in their approach.

It would also suit the new government well to look towards equity crowdfunding. Primarily we need to find a path to regulation with a light touch that paves the way for this contemporary fund raising model. When it is introduced it will disrupt the angel investment model, exponentially increase the early stage funding numbers and also add a lot of vibrancy to the markets. The grand interconnectedness of extended families across India makes this a very exciting model.

Over the next 12 months I expect to see a strong bias towards large-scale investment in companies that have proven their ability to execute – ones like Snapdeal and Flipkart. The market for e-commerce is growing so fast, it still doesn’t have a real thirst for innovation, and there is a bias for teams that can scale quickly. It means a lot of the ‘garage shops’ are off the big investment radar, and will probably be so for the next 3 to 5 years when the market will likely have leveled off a little bit.

In early stage funding there is a real need to ‘double down’. Right now there is not enough money going into not enough companies. Ideally, another 1000+ startups would receive Rs 15 to 50 lakhs to make their early stage dreams comes true in the next 12 months. This would do two big things. Firstly, it would move India into the #2 spot globally for startup volume, overtaking the UK. Secondly, it would push a bubble of new ideas into the fore and bring in a great amount of talent, interest and energy.

I have watched with interest the trend in M&A activity from mid tier systems integrators around B2B startups. It has so far created a lot of value. A growing pool of affluence in a demographic of people that are likely to ‘give back’ to their community is certainly something that I hope to see continue.

I don’t think we’ll see a really big exit in 2015 ($500M+). There doesn’t seem to be much pressure on exits right now. It’s all about fuelling the growth with investments. Money is being attracted into large funds both inside India and from outside too. I have no doubt that the heightened interest from the US, UK, Singapore, Dubai and others will continue to grow. The Indian market is very much seen as a ‘great place to play’!

This year I perceive that there will be a huge move towards mobile payments.  They represent a massive opportunity for commerce in India to move straight into mobile payments from Cash on Delivery. This will be reliant on a groundswell of interest from the under 25-age group, where smartphone saturation levels are highest.

The move to mobile payments will bring about a much-welcomed efficiency in the system and make it incredibly easy to purchase things. It will also steepen the ascent of e-commerce. The leapfrogging of more traditional banking paradigms that have been the backbone of western commerce over the last 30 years, will give India a world-class advantage around global e-commerce propositions.

Mobile advertising and marketing is probably the breakthrough place for India to really show its leadership this year. With so much attention going into mobile first strategies in India, and with such strong engineering skills inherent to the workforce, there is a massive potential for new startups to compete on a global stage in this critical development area. It won’t take long to overtake the existing efforts of the UK and USA in this area.

That’s a lot of stuff for sure! It is however only scratching the surface of what is happening in India right now, and what is likely to happen in 2015. The ecosystem is evolving very fast, and is being fuelled by government initiatives, private money and a lot of passion. The gift I am most sure that Santa will leave for us will be a big parcel of change! As we ring in the New Year we must surely recognize that 2015 promises to be a very exciting time for India, and something remarkable in which to be a part.

For me, 2015 will be influenced by our favorite phrase at TechHub: “If not now, then when?”

Stewart has been an IT consultant since 1998 and joined QualiTest in October2012 as the CEO for the UK and India divisions. Stewart established Exeter Management Consulting Limited

(EMCL) after completing the transaction that saw his first entrepreneurial start-up become part of the QualiTest Group in 2012.Through EMCL Stewart has continued his journey with start-ups and entrepreneurial endeavour as a Non Executive Director, Mentor, Coach and Angel Investor.