‘A person can change his future by merely changing his attitude.’ Oprah Winfrey’s 20 best inspirational quotes 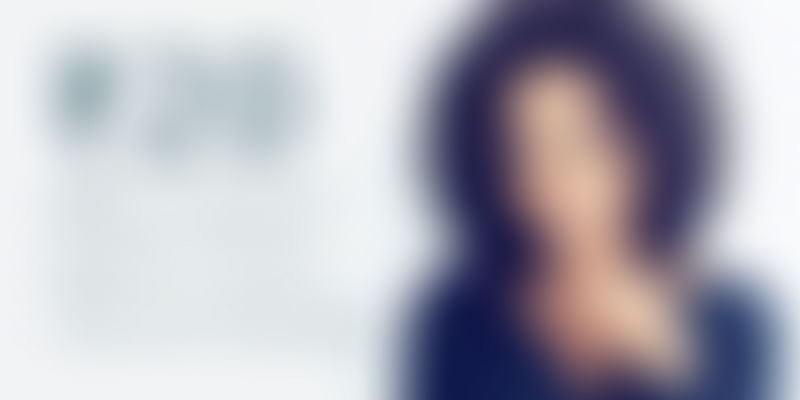 Oprah became a household name with her talk show, The Oprah Winfrey Show, which aired from 1986-2011. Oprah is an American television host, actress, producer, and philanthropist. She turned 61 yesterday. An influential and powerful woman, she has been an inspiration to millions. She has a large following worldwide.

HerStory spoke to a few people from the startup ecosystem to discover why they like Oprah and how they relate to her. Ashpi Gupta of Mumbai Angels says, “Oprah’s journey from early sexual abuse and struggle with poverty to a media baroness and philanthropist is truly inspirational. Oprah’s resilience against all odds is what I resonate most with.”

An acquaintance working at a startup in Bangalore has this to say about Oprah, “She was told that she was not attractive enough to host a talk show. She didn’t believe in others view of ‘what she can do or not do’, she went ahead with conviction and became one of the most successful talk show hosts television history has ever seen. Her will, work and wit are the three things that I admire the most about her.”

Yet another interesting view on Oprah came from an entrepreneur who is full of admiration of her work and charities. Shayan Italia of Biryani 360 says, “What I love and truly believe about Oprah Winfrey is that she is a very simple person at heart. She has come up from virtually nothing; she created the life of

her dreams with nothing. She has always said loud and clear, “If I can get to where I am from nothing then so can each and every single one of you.”He further adds, “It is not her wealth, her stature, her connections or her brand that inspires me. Those insignificant things fade in importance as we grow older. For me, it’s her will to do better, to be better, to break oneself of their chains and achieve the unthinkable and the unbelievable that makes me want to work harder and really strive for excellence. It is the very foundation of both her and my beliefs. It is why I both choose and hope to support her Foundation in the near future with as much as I possibly can.”

Oprah continues to inspire and while we all have our favourite Oprah quotes, here are 20 gems from her that never fail to inspire every time you read them.

“My grandmother taught me to read, and that opened up all kinds of possibilities for me.”

“I think education is power. I think that being able to communicate with people is power. One of my main goals on this planet is to encourage people to empower themselves.”

“Passion is energy. Feel the power that comes from focusing on what excites you.”

Your true passion should feel like breathing; it’s that natural.

“Follow your passion—and if you don’t know what it is, realize that one reason for your existence on earth is to find it”

“Follow your passion. It will lead to your purpose.”

“The thing you fear most has no power. Your fear of it is what has the power. Facing the truth really will set you free.”

“I have a lot of things to prove to myself. One is that I can live my life fearlessly.”

“So go ahead. Fall down. The world looks different from the ground.”

“How do I define success? Let me tell you, money’s pretty nice. But having a lot of money does not automatically make you a successful person. What you want is money and meaning. You want your work to be meaningful, because meaning is what brings the real richness to your life.”

“The key to realizing a dream is to focus not on success but significance – and then even the small steps and little victories along your path will take on greater meaning.”

They say getting thin is the best revenge. Success is much better.

“You know you are on the road to success if you would do your job, and not be paid for it.”

“Think like a queen. A queen is not afraid to fail. Failure is another stepping stone to greatness.

Surround yourself only with people who are going to take you higher.”

Do the one thing you think you cannot do. Fail at it. Try again. Do better the second time. The only people who never tumble are those who never mount the high wire. This is your moment. Own it.

“There is no such thing as failure — failure is just life trying to move us in another direction.”

The greatest discovery of all time is that a person can change his future by merely changing his attitude.

“If you want your life to be more rewarding, you have to change the way you think.”

“Self-esteem comes from being able to define the world in your own terms and refusing to abide by the judgments of others.”

“Don’t back down just to keep the peace. Standing up for your beliefs builds self-confidence and self-esteem.”

Dealing with loss, grief and anxiety amid COVID-19