A different African safari that is waiting to be explored 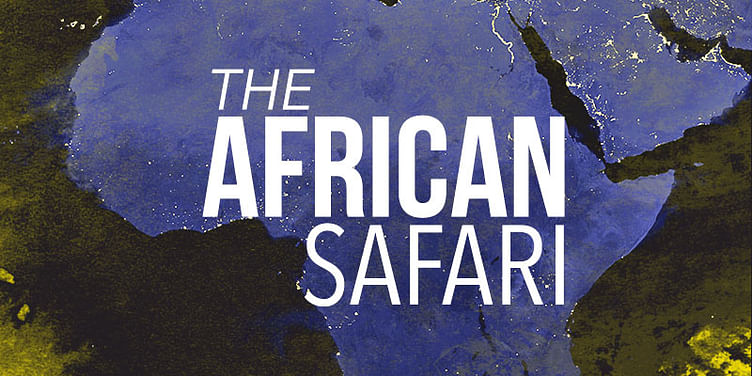 Editor’s note: Ankit Rawal is the Head of Performance Ad Sales in Emerging Markets at InMobi. He has travelled to 11 countries on sales assignments  in the past five years. Through this series of articles, he will be sharing insights into mobile sales indifferent markets. We started with China, and today we explore the African market.

Africa -- the first few images the Continent evokes is of war-strived nations, abject poverty, Nelson Mandela, wild life, natural resources, and soccer. But never as a place to venture for technology selling!

Therefore when I got my first assignment to sell in Africa in 2009, I wondered why Africa? Indian tech companies generally look towards the West, especially the US, Europe or even Asia to build business. But Africa? And even before I could assimilate my induction I was packing my bags to sell in South Africa.

A few searches on Google showed armed robberies in Johannesburg, mugging in Kenya or rampant ransom threats in Nigeria. Even before I could buy a life insurance plan I was in South Africa. And I was stumped! South Africa is a rainbow nation with an abundance of natural beauty (mountains, beaches, and wild life), perfect roadways, sports loving nation, and a melting cauldron of different nationalities. The cities of Johannesburg, Cape Town and Durban can be like any other city in Europe with very helpful local population. And yes, crime does exist like any other big city in the world, however, it is contained in a few pockets during nights (thankfully I never encountered any issue in the two-and-a-half years that I was there).

I also realised how the smart move in Africa enabled us to capture a large market share, fine tune our product offering and cater to almost a billion people encouraging us very strongly. Naveen's strategy to go to developing markets was a master stroke!

South Africa has smartly positioned itself as the gateway to Africa so most of the world’s large organizations across mining, agriculture, vehicle manufacturing, accounting, and enterprise tech are present there. Mobile was the ‘first’ screen for many in the region who leapfrogged to mobile internet without ever experiencing desktop internet. With a fairly educated English speaking business community it was easy for us to start business relationships.

Very soon the model we perfected to sell in South Africa was fly-in fly out model. Travel to region once / twice a quarter; have 10-15 business meetings in a week, make relationships by putting faces to names and then follow on the delivery from email / Skype. The locals were used to this kind of model as this was also how they did business with folks from other countries especially the British and Aussies who have a cultural affinity with Springboks (South Africa’s rugby team). Strong work ethics, transparency and trust, and easy, simple regulations fostered business growth.

One interesting innovation that caught my eye unique to South Africa was Please Call Me service, Indian version of "missed call" used as a great marketing tool. In a short span we became a dominant player in our category. We were ready to expand in other countries in Africa.

However, as we moved up the Sub-Saharan Africa we experienced the ‘real’ Africa. The challenges of Africa seem to emerge here -- be it slowness in decision making, dilapidated infrastructure, corruption, lack of transparency to cultural differences. Kenya in East Africa was our next destination.

Kenya is the hub for East Africa that includes 10 countries. It has a large pool of native Indians in big numbers who migrated during the British era. It was one of those countries in the world back then where Indian passport got a visa on arrival and the weaker Kenyan shilling made Indian rupee stronger. However, what blew me away was m-Pesa, Kenyan solution of mobile money launched in 2007 when the world had not even heard about mobile money. They had killed it by banking the unbanked and allowing mobile subscribers to deposit, withdraw, and transfer money easily with a mobile device. Though language was not a barrier and we made some initial strikes, we soon realised to scale business in the region we needed to have the right connections and relationships and a ‘fly-in-fly-out’ strategy will not work. Hence, we built our local direct sales team; mentored them from India and let them run the show locally.

Nigeria was the next stop in our African safari. Nigeria is the largest economy with the largest population of 170+ million (eighth most populous country). And this supply-demand shows up in jobs and unemployment, stress on public infrastructure, and divisions between the haves and have-nots. There is also a constant strife in the North where Boko Haram militants want to create an Islamic state. There are chronic power shortages, complicated regulations and taxation which can increase the cost of doing business by 40%.

Nigeria though has a vibrant music and movie culture (Nollywood) with soccer and Guinness beer being the favourite pastime (second largest market for Guinness). Lagos being the largest city is also one of the most dangerous in the world. The only solace I could find was huge billboards of Airtel (Bharti had acquired Zain and Nigeria was their biggest market). Alas all the hardships made Nigerians the most aggressive and xenophobic people among the various African nations I visited. Hence it was very clear that we needed a local partner to do business in the country. Nigeria can be the hub for all West African countries for doing business in that part of the world.

My last destination in the African voyage was Egypt. The whole region is clubbed under MENA (Middle East & North Africa) with Dubai playing the pivotal role for all business decisions. The centre of gravity started to shift to Egypt and it played a more active and regional role for North Africa. The country has a rich cultural heritage with Cairo being the largest city in Africa. However, the Arab Spring happened during this time (Dec 2010) putting all our expansion plans in abeyance. Unfortunately, the country has not recovered yet from policy paralysis and is locked in a protracted process of political transition.

Africa, despite its vastness (53 countries to be precise), can be conquered by dividing it into ‘four regional hubs’ in South Africa, East Africa (Kenya), West Africa (Nigeria) and North Africa (Egypt). Arm yourself with oodles of patience and open mind acknowledging the cultural differences in these regions to do business here.

However, as Shakira's famous ‘Waka Waka’ song said, ‘It's time for Africa!’