This startup wants to stream every live concert for you 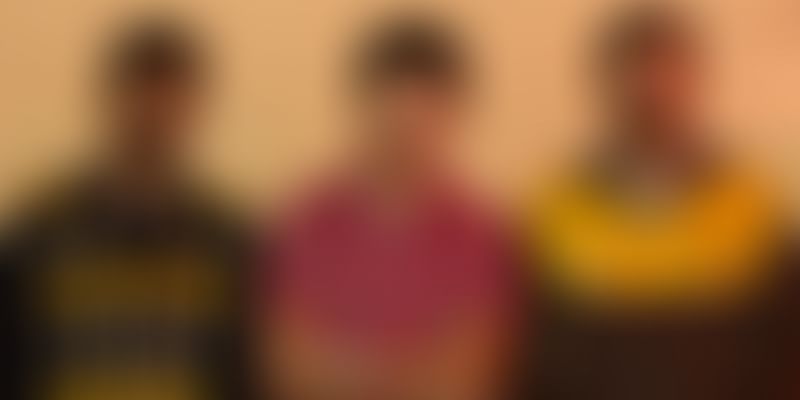 Many a times we come across live shows that we’d like to attend but cannot due to time constraint, distance or high priced entry passes. Gaurav Bora, founder of BeamitLive, has a solution to this predicament. His venture brings live shows to you at your convenience by using an internet TV portal to get live entertainment online.

“We let people see what they want to see even if they cannot make it to the venue. If we cannot get the viewers to the event, we get the event to the viewers,” explains Gaurav.

The startup finds its crux in filling the gap between artists who deserve to reach the masses and not just the number that a venue can accommodate and viewers who wish to watch their favourite shows live but cannot do it due to some constraints.

Gaurav graduated as a computer science engineer from PESIT (PES Institute of Technology) and claims that entrepreneurship was what always drove him the most. To explain this better, he shares an interesting incident with us. As a kid in first grade of school, Gaurav participated in the fancy dress competition which was part of an event. He was asked to dress up as a ‘chanawala’ (chick pea seller) with different kinds of chick pea as his inventory. His mother instructed him to share the inventory with his friends, but he sold it to them, earning a princely sum of Rs 20. Gaurav calls this incident a kick-starter of his entrepreneurial journey.

Later, during his final year of engineering, Gaurav started a non-vegetarian fast food restaurant with a friend. The fast food joint was set up near a residential school on the outskirts of Bangalore and was earning fairly well but the then studentpreneurs decided to discontinue it as venturing into a full time restaurant business was not something that they wanted to do.

Soon Gaurav bagged a job in a software company in Bangalore, but recession struck. The company kept on extending his joining date which came as a blessing in disguise for Gaurav. Sitting idle bothered the young engineer and he decided to setup another small restaurant in Bangalore. During this phase, he saw his friends attend various live shows, especially stand-up comedy. These interested him a lot too, but he was not able to attend them due to some reason or the other.

The thought of not getting to attend his favourite live shows would irritate Gaurav. After researching the industry thoroughly he found that there were 60 million broadband users in India but no major players in the live streaming category. This is when the idea of BeamitLive struck Gaurav and he live streamed his first live show in July 2014.

About the venture and it’s team

Based in Bangalore, BeamitLive works with a variety of artists and venues that wish to stream their shows on the platform. This portal is open to viewers worldwide. They can log into the portal free and watch the shows live.“Live content is limited in a city but clubbed together with many cities, one has an array of high performance and quality content. BeamitLive aspires to make the world a closer place,” says Gaurav.

Currently, the team comprises three people - Gaurav, Shirish and Manish. Shirish is an MBA in marketing from RMIT University, Melbourne, and was previously working with Transform INC and Temple Advertising. He is currently heading the marketing of BeamitLive. Manish is currently pursuing his post-graduation degree in Mass Communication and takes care of the operations.

The company is self-funded and has two revenue models. The primary one is the viewer subscription model and the secondary one is through advertisements. At present the venture depends mostly on the secondary form for revenue generation. They help advertisers connect to their target audience.

Talking about marketing, the founder says that the company has reached its current customers via only word of mouth and social media marketing. Sometimes, the event organisers too help them reach out to the audience. Gaurav believes that once people see the live show at their convenience, they will keep coming back and also help spread the word.

“What I learnt in practical is that if you have a good product then people will come in eventually. If your product or content is good, all you need to do is to market it once, gradually your customers will like it and the spread information via word of mouth,” he explains.

Gaurav says that initially he would worry that the internet would be the biggest challenge for his startup but he has found the well established internet infrastructure perfect for his needs. However, raising funds and finding well-trained manpower are two of the challenges the company is facing. They hope to address the issue soon.

For Gaurav, challenges are part and parcel of his startup. Regardless of the challenges, he aspires to scale-up for which he is currently looking for - venture capitalist funding. He soon plans to expand to other cities of India and cater to South Asia as well.

“We are looking to raise funds to the tune of anything in between $2 million – $5 million. It will enable us to partner with different artists and give them a platform to show their talent to a wider audience,” says Gaurav.

Based on the founder’s research, the total number of registered internet users in India is around 230 million and broadband users - 60 million. Gaurav targets to cater to each one of them.