It's a beautiful time to be alive and educated 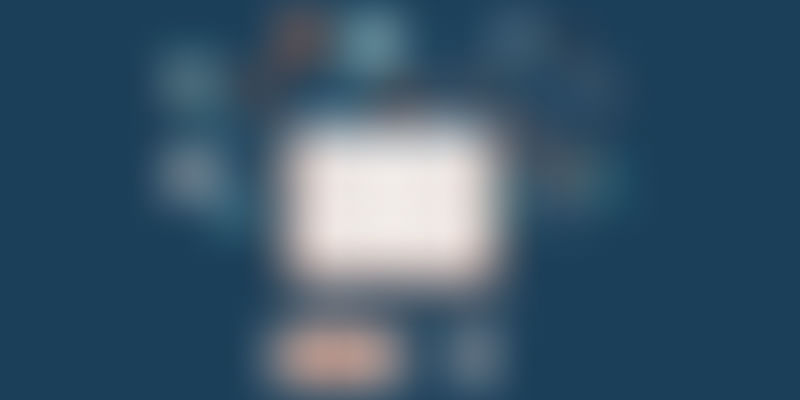 This is a commencement address I gave at Hult International Business School August 22, 2014.

I grew up watching Star Trek and believing that by the time I became an adult we would all be using communicators, replicators, tricorders, and transporters. I was optimistic that the world would be a much better place: that we would have solved humanity’s problems and be exploring new worlds.

That’s why my first career choice was one of astronaut. I thought it would best prepare me for Starfleet Academy.

Needless to say, I was disappointed. I grew up into a world filled with hunger, poverty, and disease—in which we fight wars over dwindling natural resources. It is a world of pessimism and sorrow, in which people obsess over maximizing their share of the pie. There is a greater focus on building wealth than on bettering the world.

No wonder so many MBA students want to join investment banks: it is the best way to reap big financial rewards and to get ahead.

I’m an MBA myself, so I can be critical about MBAs. I too worked at an investment bank, Credit Suisse First Boston, so I know what I am talking about. I too used to obsess over building wealth, and didn’t believe I could really make a difference in the world. So don’t take my comments too personally.

Image Credits : Shutterstock I am here to tell you that you have opportunities that I could not even have imagined when I was young. You can build the Star Trek future that we have dreamed about. It has become possible for people such as all of you here to solve the big problems; to rid our civilization of the ills that have long plagued it; to take humanity from eons of scarcity to an era of abundance. You can take us into a world in which we worry more about sharing prosperity than fighting each other over what little we have.

This period in human history is unique, because now entrepreneurs can do what only governments and big corporations could do before. You are the space cadets with the opportunities to make amazing things happen.

Let me explain what changed over the last couple of decades and why I have become so optimistic.

You have seen the advances in our computers: how they keep getting faster and smaller. The Cray supercomputers that I used to read about when I was young were considered to be strategic government assets. They could not be exported; they were for scientific research and defense; and they cost in the tens of millions of dollars. They needed to be housed in huge buildings, and required water cooling. The smartphones many of you carry in your pockets are many times more powerful than these were.

This progression is known as Moore’s Law. For more than 100 years, the processing power of computers had doubled every 18 months. Faster computers are now being used to design faster computers. Computers—and the information technology that they enable—are absorbing other fields. So we are seeing exponential advances in sensors, artificial intelligence, robotics, medicine, 3D printing, and so on. Futurist Ray Kurzweil says: “As any technology becomes an information technology, it starts advancing exponentially.”That is what is happening. These technologies are also converging — and making amazing and scary things possible.

Take the advances in sensors such as the camera in your smartphone. Kodak introduced the first “computerized” camera in 1976. It weighed 4 pounds, cost $10,000, and had a resolution of a whopping .01 megapixels. Today, some phones have 41-megapixel cameras, and these cameras are just a feature. And do you remember those really expensive HD cameras that film studios started purchasing about 20 years ago? Your iPhone’s camera is better. The same advances have happened in accelerometers, gyroscopes, and in sensors of temperature, gas, humidity, and so on. The same advances are happening in microfluidics and allowing us to perform chemical and biological tests on small, inexpensive chips.

In the ’70s, we were also very excited about artificial intelligence. We began fearing that Japan would dominate the field and gain superpower status with it. Nothing ever happened, and we thought that A.I. was dead. A.I. didn’t die — it’s everywhere. It powers our air-traffic control systems and our games. It’s what IBM Watson used to defeat human players in Jeopardy. It’s what SIRI uses to recognize our voices.

When you combine exponentially advancing technologies, the magic happens. This convergence makes possible new applications and allows the creation of new industries and the destruction of the old.

Take the data we are collecting from our sensors, from the Internet, and from the computerization of almost all knowledge work, and apply artificial intelligence to analyze it. You get the ability to predict traffic patterns, crime, sales, and trends. You gain the ability to put financial analysts out of business — because computers can do a better job of analyzing data.

You can also have computers doing the job of doctors. I’m sure you’ve heard the rumors about the Apple iWatch and seen people use devices such as Fitbit. These are sensors that monitor our health. There are thousands of medical sensors in development worldwide. They will watch our activity levels and monitor our sleep, our vital signs and body fluids, everything about us. Imagine having an A.I. system — an app — read these data 24×7; advise us when we are about to get sick; recommend better lifestyles, habits, and treatments. These technologies are becoming possible because of the combination of sensors, computing, medicine, and artificial intelligence. Within a decade, we will not need doctors to advise us on the basics of our health.

When I was young, in addition to dreaming of replicators — which would produce all the ice-cream and dessert I could eat — and tricorders, I also dreamed of having a robotic assistant like Rosie from the Jetsons clean up after me. This way, I wouldn’t get yelled at for keeping my room so untidy.

But Rosie never came. All I got was a Roomba—a pathetic little automated vacuum cleaner.

Because the computation power required for a robot to do voice recognition and speak intelligently would have required a Cray computer, and the sensors—the camera, motion detectors, gyroscopes, accelerometers—were too bulky and expensive. Guess what your iPhone can do today?

Rosie has become possible, and I won’t be surprised if some kid in Silicon Valley—or a graduate from Hult—creates her. We’ll also see robots doing the jobs of humans in manufacturing plants, in grocery stores, in pharmacies, driving cars and making deliveries, and so on. Robots will soon do everything routine that humans do. Imagine the possibilities and disruptions these create.

These are just a few of the examples of what has become possible. In the next decade, we will also be 3D printing household goods, entire buildings, electronic circuits, and even our food. We will be designing new organisms that improve agriculture and clean up the environment. We will be delivering our goods—and perhaps be transporting ourselves—by drone. Amazing things are becoming possible.

These technologies make it possible to do a lot of good. They also enable large-scale destruction, spying, and many unimaginable horrors. They create social and ethical dilemmas. They take us into a future in which there isn’t enough work for humans and we have to figure out what to do with ourselves. There will surely be social unrest as the rate of change accelerates, and there will be efforts to stop the progress of technology.

These advances cannot be stopped. The same technologies that we have access to, here in Silicon Valley, and the same knowledge and ideas, are available everywhere. Entrepreneurs and governments—and criminals—all over the world are developing them. If we stop driverless cars from travelling down our roads in the United States, or drones from delivering our goods, other countries will still develop those technologies. We will be left behind. If we outlaw A.I.-physician apps in the U.S., we’ll end up downloading apps from the Indian App Store. The good and the bad technologies have globalized. For example, you can be anywhere in the world and download designs for 3D printed guns.

There is a lot to be excited about — and to worry about. The jobs and careers you think you are headed into may not exist a decade from now. I am serious, even jobs such as financial analyst, market researcher, and production manager may disappear. Silicon Valley will also be disrupted. The social-media bubble will pop, and new technologies will create excitement—and new bubbles.

I didn’t mean to scare you; just to make you aware of the realities that we are headed into. Right now, there are amazing opportunities for entrepreneurs who want to make the world a better place. It is a wide-open field. There will be many new jobs and professions created, new industries, and new opportunities. We will have heated policy debates about what is good and what is bad. This means that you can take almost any role that you want in this new future. You can be a CEO, a marketing executive, a designer, or a policy maker.

Whatever you do, don’t take a mindless, meaningless job with a big company just because they offer you a big salary. Try to be somewhere where you can constantly redefine yourself and keep learning. That is what it is going to be about: constant learning and reinvention.

The future is going to be what we make it. It can be the Star Trek utopia or a Mad Max wreck, a creative playground or an Orwellian nightmare. That is why we need people with good values and ethics leading the way. We need people who care about enriching humanity rather than just themselves. We need people who can lead by example and bring along those behind them; who give back to the world and make it a better place. I really hope you will amongst those who lead the charge, who watch out for the interests of humanity, who build the utopia.