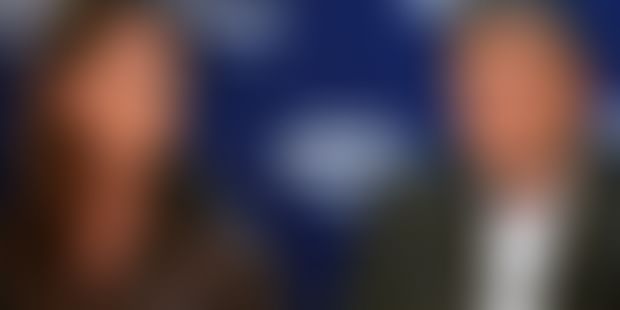 In 2000, Bill and Melinda Gates started a foundation to reduce inequality in the world. The duo has been at it for 15 years, and now the Gates are optimist about improvements in various sectors ranging from health to farming to banking where life will really change, especially for people in some of the world’s poorest places.

Bill Gates is a busy man. He works on Bill & Melinda Gates Foundation full time, and manages to squeeze some time for Microsoft affairs as well. He also supports his investments such as TerraPower, a nuclear energy company.While many people feel poverty is increasing around the world, Bill and Melinda Gates assert that “things are getting better almost everywhere.”

Today, the Gates shared their annual letter, 2015, with the world

In the report, they’re making a new bet that in the next 15 years, poor people’s lives will improve faster than any other period in history. The Foundation is doubling down its bet and investment on core sectors like education, health, farming, and mobile banking.

Health: Far fewer women will die in childbirth, half as many kids will survive, and people will live healthier lives because we’ll beat many of the diseases that affect the poor:

Farming: Africa will be able to feed itself:

By 2030, two billion people who don’t have a bank account will have one and make payments with their phones allowing them to effectively save money to pay school fees, pay for emergency medical care, and buy food when their farms can’t produce enough to feed their families.

Expounding on the foundation’s vision on mobile banking the annual letter says: “This vision of the future isn’t going to materialize by itself. There are barriers that people in the field are working hard to solve. Mobile phone access, for example, still isn’t equal; only 46 percent of Bangladeshi women own a phone, compared to 76 percent of Bangladeshi men, which means women lack access to services like bKash and the opportunities that the digital economy is bringing to Bangladeshi society.”

For mobile banking innovation and adoption to take place at a scale, there is a lot of work to get regulators in developing countries to update their financial regulations.

Ensuring quick liquidity by helping people can convert digital money into cash, and cash into digital money is a key factor. Without this as an enabling factor, the digital economy can’t get started in places that are yet to embark on mobile money journey.

“One interesting feature of digital financial innovation is that some of it is happening in poor countries first. If we waited a few decades, banks in developed countries would invent digital banking tools, and they would trickle down eventually to developing countries. But because there is a strong demand for banking among the poor, and because the poor can in fact be a profitable customer base, entrepreneurs in developing countries are doing exciting work — some of which will ‘trickle up’ to developed countries over time,” the letter adds.

In December 2014, the Gates released a Year-in-Review. Here are three takeaways from his post.

For Bill and Malinda, it’s hard to think of a better sign the world is improving than seeing more fifth birthdays than ever before. Bill says, “To me, one of the best ways to measure progress is to look at how many children are dying of preventable causes. And today, more kids are living to see their fifth birthday than ever before. This year, for at least the 42nd year in a row, child mortality rate has fallen. And it’s not just moving in the right direction—it’s falling faster than anyone expected.”He cited an article by The Economist where it estimated that since 2001, the world has saved 13.6 million children’s lives.

More people getting treatment than new infected with HIV

For years the world had falling behind, because for all the people who started getting treatment, even more would become infected. New data released this month show that 2013 was the first year when more people started getting treatment than those who became infected with HIV. In India alone, a diarrheal disease called rotavirus kills nearly 80,000 children a year. In 2013, the number of kids dying from this illness was down to nearly half thanks to a cheap and effective vaccine. The government of India is committed to deliver the vaccine for free to poor children.

A lot of the media coverage about Nigeria this year focused on two things: Ebola and terrorism. Both are frightening, and they masked the fact that from a global health perspective, Nigeria actually had a pretty good year. Although it’s one of only three countries that have never been free from polio (Pakistan and Afghanistan are the other two), don’t think it will be on that list for long. Nigeria has reported only six cases of polio this year, compared to more than 50 last year. What’s more, the infrastructure Nigeria has built to fight polio actually made it easier for them to swiftly contain Ebola. The fact that Nigeria is now Ebola free is a great example of how fighting against things like polio leaves countries better prepared to deal with outbreaks of other diseases.