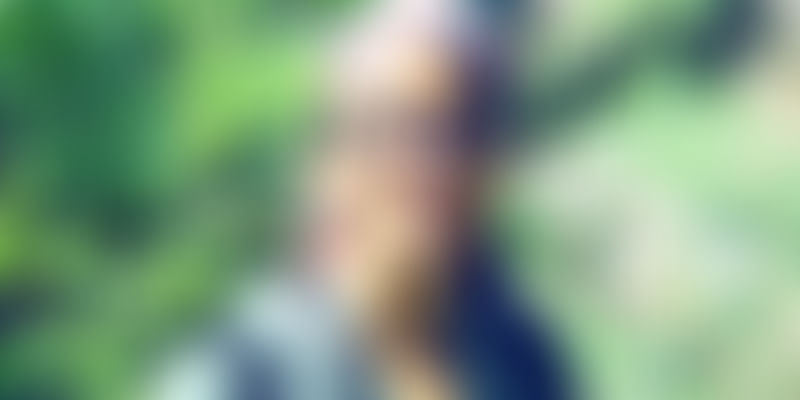 Mission: Seven women will travel 5000 kilometres in India over eight cities in 28 days to spread the message of women’s empowerment and safety while on the road. The challenge will flag off on January 4, 2015, and end on January 31, 2015.

Team: A group of 10 women comprising two mountaineers, one singer, four writers, two entrepreneurs, and one painter. All of them happen to be budding photographers. We are still looking for three more women to join us on the west coast.

Spearheading this initiative is Vidula Tade from Pune, the Founder of Buffyfish, a travel platform for women to get together, explore and travel to different places together; a platform, where women can meet other women-folk and travel with them.

One of the primary reasons why Viduala had taken up this project is to promote safe travel in India for women from all over the world. Vidula says, “Women do love to travel alone, however, there is a real concern about safety especially in India, and many women, though they want to travel, find that they don’t have access to it easily. Their families may be averse to them going on their own. Or they themselves may not feel confident of making such journeys.”

With this journey they hope to highlight the fact that this sort of travel is in fact safe. Vidula adds, “Though the safety of women is an issue that needs to be taken seriously, our reaction to it need not be one of fear. It is possible to travel safely with caution and yet with independence, and enjoy the beauty and hospitality that our country has to offer.”

During the course of the journey they plan to meet interesting women all along the coast who will share their stories via interviews, films and photographs. At the end of the trip, Vidula will have a blog, a photography exhibition and a documentary film that will be dedicated to these women and the sponsors for helping spread the message of women safety.

When asked what the participants need to be armed with other than just their love for adventure, Vidula said that the team of women has been preparing to ensure that none of them fall sick. A few of them have attended a basic workshop on how one can give first aid. They are carrying a first aid kit with them. They also attended a workshop with Mahindra where they learned the basics of the Scorpio car and also learned how to change a flat tyre.

“To ensure that each one of us carries the right kind of gear, there was a checklist that was made and I circulated that. I have spoken to every person on the team letting them know that they shouldn’t carry unnecessary weight,” says Vidula. All the women are going to take turns to drive.Vidula shares how women have undertaken solo road journeys earlier, but with smartphones and other technology it makes travel easy and safe. She adds, “We are carrying a road atlas and one GPS device and we will have many mobile phones, including an extra BSNL sim card, because BSNL works everywhere even in the remotest parts of India. However, with a GPS device one tends to pay more attention to the device than looking around and enjoying the landscape.”

“The road tests you. I love the sound of waking up to a new place every day and that itself is an adventure. I don’t want to stop traveling. I eagerly look forward to that. There will be issues. The car might break down. I might have to change the tyre and that is a part of the adventure that I am looking forward to. I am going to try out different cuisines. I might fall ill. All this is a part of the adventure. I will make some good friends while on this drive. I am looking forward to this adventurous road trip. I am ready and excited and raring to go!”

Vidula’s childhood was spent in Thiruvananthapuram and then Pune. While in Pune her maternal uncle, who was a mountaineer, took her on her first trek to Rajgarh, a fort near Pune. “My uncle was the first one to have influenced me and it was through him that I learned how to live in the outdoors. I loved the outdoors. I did the Gangotri-Tapovan trek when I was 16 years old,” she says.

With a graduation in Computer Science, Vidula has worked in the IT sector for 10 years. She kept switching jobs and there wasn’t really any satisfaction as it was not her true inner calling. She was always restless and always loved the outdoors. In 2005, she met Anoop, her husband, who introduced her to a whole new world of art, culture, music and travel. “We formed a blues band called Smokestack, where he played the guitar and I sang the blues. We have travelled to 23 countries together since 2006,” she shares.

“One night in 2011, a few days after we had come back from New Zealand, I woke up with a jolt and literally had an epiphany. I couldn’t sleep. I knew I wanted to travel and meet new people and this, I realized, would give me the peace of mind that I was looking for. I knew then that I would have to quit my job which I eventually did in 2012 when BuffyFish happened.

“My brother told me about this owl that feasts on fish, called BuffyFish. I liked the name; it was catchy, it was different and it would arouse the curiosity in the other person.”

Some tips for solo women travelers from Vidula

-Be well prepared and do your homework well if you are travelling solo.

-Common sense is all it takes to stay safe. Be confident and lie whenever required.

-Don’t go venturing out alone in the night when there are fewer people on the roads.

-Be savvy when it comes to asking people for directions.