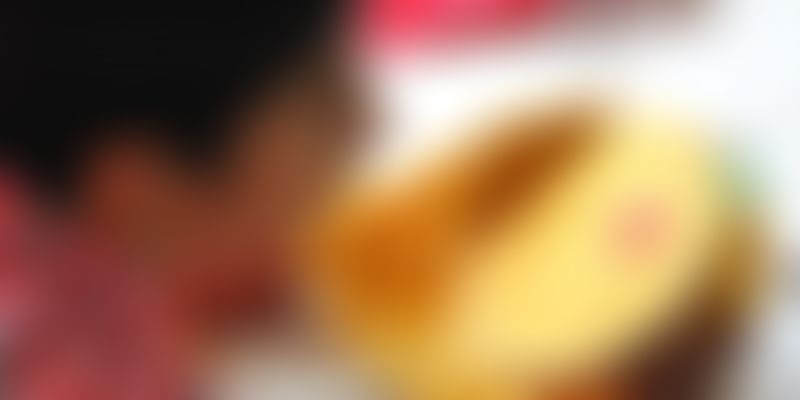 Back in 1986/87 Jayashree Ramesh was weighing her options of what to peruse after graduation. That is when she came across one year training program for differently-abled children. Jayashree didn’t know what Autism was. But it intrigued her and she wanted to know why they did not make eye contact, or respond to what you are saying. This was way back when there was no Internet, hence no Google search. Her mentor told her what autism was. Later, she did her masters in the US and returned to India in 1995 and started working with autistic children.

This developmental disorder doesn’t have clear stats in India. According to a news report, Experts estimate that every two to six children out of every 1000 have autism. The prevalence rate of autism in India is one in 250 (figure may vary as many cases are not diagnosed) and currently 10 million people are suffering in India. The government only recognized the disorder in 2001. Till 1980s, there were reports that autism didn’t exist in India. People with autism were until recently treated as mentally retarded by the government in case of grant of concessions and benefits. However, not everyone who is autistic is mentally retarded.

How they got started with Nav Prabhuti

The whole purpose of Nav Prabhuti is to make autistic adults productive and help them contribute to the society meaningfully.

Jayasheree was working with autistic kids since 1995. She says, “These kids grew with us. There was a point when we had kids and adults together at one facility. It has become difficult to manage.” Subsequently, they requested the families of autistic adults to take them back. However, the families expressed their inability to take the young adults back they were unable to manage them. Jayasheree too felt uneasy turning the young adults away from the facility. There were no programs for adults; at the same time sending them home was not acceptable. Hence, Nav Prabhuti was born out of a need to fill that gap. In 2012, they started the organization and registered it as a charitable trust. The trustees pulled in Rs 500 each and registered the trust. There are 13 members in the trust, and four or five of them are active operationally.

They took 2500sft of space and converted that into a vocational activity center. Their architect had faith in what they were doing so he started constructing the building on credit. Buy the time the building got completed they were able to raise some funds and start paying him back. It took three months to complete. Mahendra says, “Somebody gave sewing machines, someone gave a big table, and in three months we started production of various craft items and farm produce. We didn’t have a benchmark to compare ourselves and see if we are going in the right direction. We’ve consulted the likes of National Institute of Neurosciences.”

To cover their operational cost they charge the students or inmates as they call them. They do various things like block printing on fabric, saris, dupattas, bed sheets, and beads. “We are also trying to develop a small organic farm. The kids can do watering every day, which helps them in physical activity.” They are now working on a system of making this a product-organization rather than a NGO.

Jayasheree says, “Sending them to school is not empowerment. Empowerment is when we say they’ve become independent, and let’s treat them like adults. Our concept has to change when we deal with autistic grownups. It’s not so much about teaching them alphabets or doing basic things, rather to look at their vocational interest and find out what they can meaningfully contribute in a sheltered environment.”

Managing their behavior is difficult as they are more sensitive to a lot of things around them. If they are in an open space, and not in a crowded classroom, then it is quiet, and if they are kept active physically, they calm down a bit. Nav Prabhuti’s adult program is tailored that way, classrooms are big, quieter, and they get to move around. At the inclusive cultural center they mingle with everyone, and they get trained at the vocational center.

Autistic kids and adults are very good at following instructions, especially instruction they visually see. It should have very clear defined spaces, and no-ambiguity. The teachers at Nav Prabhuti did a lot of mapping for them, and over a period of time they have become independent. Teachers do not have to do that level of structuring anymore.

What surprises the teachers?

Jayashree says, “The surprise is all the time; we try to work with them holistically. Expose them to art, music, sports and different things that children need to do. What amazes me is how they use technology. I see a three-year-old picking up a cellphone and using it without anyone teaching them how to. The other day we had a social event, and a fellow autistic kid took his mom’s phone and recorded the entire program. I was shocked, how did he learn to do that, the mom said he likes taking pictures. Many of these kids love to use iPads because it is visual. Some are really good in music and have even given performances.”

Jayashree says, “We are seeing a lot more children with autism than we did three years ago, though their autism is not very pronounced. I’ve a feeling there are lots of kids with milder issues in mainstream

schools and have not been identified; such kids may not be getting proper support. There are no support centers in most cities. In tier 1 cities support centers have largely been started by parents. In Bangalore alone, we’ve around 12 organizations that give service as a clinic or therapy. Very few are offering a school.” According to her, this is one thing that needs to change. Autistic children have to be in a full-day program then can be productive so that they can contribute meaningfully.Her advice to parents is to look at autism as a problem. “Look at the child and make a consistent effort to get the child learn. Keep pushing, finding new answer and teaching new things and exposing the child to new things. It is hard work that needs to be done. Take the help of professionals and special educators, you can’t do it alone.”

To raise the awareness, Nav Prahbuti is holding an event on January 31. Do check the event detail here.