[Photo Sparks] The brilliance of flowers: creativity at the Lalbagh Flower Show! 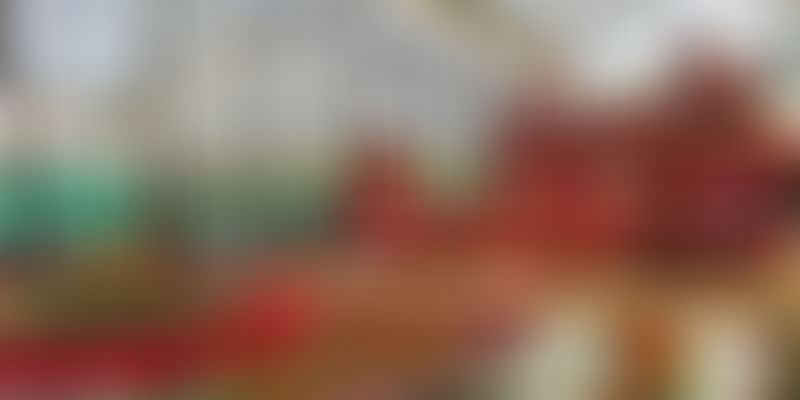 Flowers are a work of art in themselves, and a flower show adds yet another level of creative design – as visitors found to their delight at the 2015 edition of the Republic Day Flower Show in Lalbagh Botanical Garden, Bangalore!

The Lalbagh Garden was started as a private garden by ruler Hyder Ali in 1760 and was further developed by his son Tipu Sultan and subsequently by British and Indian authorities. Today, over 1,800 species of plants are found in Lalbagh. The annual flower shows on Independence Day and Republic Day are a popular draw, though the city’s growing traffic and pollution are challenging its image as Garden City and flower hub!

The 2015 Republic Day edition was the 201st flower show at Lalbagh. The display this year featured 200 varieties of flowers, 20,000 pots, models of musical instruments, and replicas of the Red Fort and Statue of Liberty (in honour of US President Barack Obama’s visit to India). The replica of Red Fort reportedly required 300,000 roses, and was built to a height 28 feet and length of 50 feet. Fresh flowers were brought in from Ooty and Thailand as well, according to Kalidas Raj, designer at Sneha Florist.

Other exhibits included a vertical garden, showcase of horticulture technology, photo gallery and garden decorations. Workshops were held on Ikebana, vegetable carving and floral art. Tens of thousands of visitors thronged the exhibition, along with numerous inquisitive monkeys!

In this photo essay, we showcase some of the highlights of the Lalbagh Flower Show. Flowers have also inspired an astonishing range of proverbs and quotes throughout history; here are some of my favourite ones:

By plucking her petals, you do not gather the beauty of the flower. - Rabindranath Tagore

Love is the flower you've got to let grow. - John Lennon

Just living is not enough - one must have sunshine, freedom, and a little flower. - Hans Christian Andersen

Happiness is the natural flower of duty. - Phillips Brooks

I perhaps owe having become a painter to flowers. - Claude Monet

Politeness is the flower of humanity. - Joseph Joubert

Art is the unceasing effort to compete with the beauty of flowers - and never succeeding. - Gian Carlo Menotti

A flower doesn't love you or hate you, it just exists. - Mike White

After women, flowers are the most lovely thing God has given the world. - Christian Dior

Weeds are flowers too, once you get to know them. - A. A. Milne

If you are not a flower, don't be a thorn. – Kurdish proverb

The world is a rose; smell it and pass it to your friends. - Persian proverb

Patience is a flower that grows not in everyone's garden. – Italian proverb