Starting up in the time of history: Stories of how three leading brands came to be 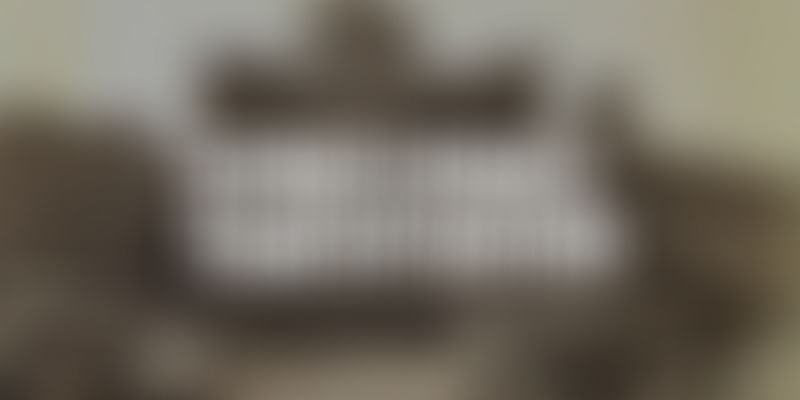 Despite tremendous growth and buzzword in the past few years, it is generally agreed that India is not to ready to support startups and foster an innovation oriented environment. The number of Indians who have made it big in Silicon Valley reiterate how they would never be able to do what they are doing had they been based in India. Entrepreneurs (at least the ones born without a silver spoon) who are based in India bemoan how difficult the journey of starting up is, how people don’t tend to give new ideas a chance and how everyone fears failure rather than treating it as a valuable learning opportunity.

Yet there was a time, long before incubators and venture capitalists, when single individuals, without any resources so to speak of, created empires. Others came up with ingenious ideas sans social media. It was a time before the word startup existed and, in some cases, it was a time before the nation itself existed. It was in the time of history.

Diseases like cholera, malaria, dengue, plague, etc, were deadly epidemics that could wipe out populations if not checked in time. Born in 1856, Dr. S.K. Burman, a physician from Bengal, prepared natural and effective cures for these diseases and travelled far and wide to dispense them among the poor and the needy. Most of his patients were villagers who, but for him, would have no access to healthcare. Soon the good doctor’s name spread far and wide (word of mouth being the social media of those days), and he became famous Daktar Burman. The Da of Daktar and Bur of Burman somehow entangled to produce Dabur.In 1884, Daktar Burman set up Dabur from a small house in Calcutta where he sold his natural medicines commercially. His vision was good health for all.

Daktar Burman passed away in 1907, but Dabur continued to thrive. Today, a hundred and thirty years later, it has grown to be the largest manufacturer of Ayurvedic medicine in the country, apart from being well known for many other wellness products. It is still managed by the Burman family. But in 1998 they began handing over the management of the company to professionals and downscaled their direct day to day involvement.

It was the early 1950’s. India had just won her freedom and the economy was shaky. Upper middle class women were spending valuable foreign exchange on western cosmetics while the more middle class women had no access to quality makeup because of non-availability in the Indian market. Prime Minister Jawaharlal Nehru approached JRD Tata to come up with a solution.

Tata, the always hungry entrepreneur, took on the challenge ecstatically. The biggest difficulty was coming up with a brand identity that appealed to both classes of women. He settled on Lakmé, taking the name from the French opera of the same name. Funnily the name is a western take on the Indian goddess of wealth Lakshmi. But, as this article puts it, Lakshmi lipstick or Lakshmi kajal would never have worked with the Indian ladies who were used to buying foreign cosmetics.

This being the first time an Indian cosmetic company was being founded, extensive market research went into determining the needs of the Indian skin and colour. Experts were hired from every field. In 1952 Lakmé started as a 100 per cent subsidiary of Tata Oil Mills. Simone Tata, the French wife of Naval H. Tata, joined as managing director in 1961 and rose to become its chairman in 1982. Being a western born woman who had made India her home, she understood the core formula of the brand and was instrumental in shaping Lakmé into the household name that it became. She was appointed to the board of Tata Industries in 1989.Observing the rapid growth in the retail sector, Tata sold Lakmé to Hindustan Unilever in 1996 for 200 crores. They imagined that a dedicated FMGC company would be able to do better justice to the brand.

This is an un-missable name on this list, given that Rooh Afza is beloved both in India and Pakistan.

Hakim Abdul Majeed was born in 1883 in Pelivet, India. He hailed from a family of Unani practitioners, a traditional form of medicine practiced in Middle East and South Asian countries. He grew up being a proficient in the art as well. It bothered him immensely that each Unani practitioner would closely guard their recipes and only sell their medicine to their select roster of clients. He wanted everybody to benefit from the time tested medicines of Unani. In 1906, he opened a small shop in the by lanes of old Delhi and christened it Hamdard, meaning, ‘close companion’ and ‘sympathiser in pain’.In 1907, he launched the brand’s flagship product Rooh Afza, a cooling medicinal rose syrup that he packaged in used wine bottles. Hamdard flourished as people thronged to procure Majeed’s high quality products that delivered what they promised. By 1920, Rooh Afza and other herbal products were being distributed nationally. Majeed passed away in 1922, at barely forty years of age. His steely widow Rabia Begum and fourteen year old son Abdul Hameed took charge of Majeed’s life’s work, expanding it further and including the product portfolio vastly.

The teenage Hameed not only ran the company but also saw his younger brother, Hakim Mohammed Said's, education and upbringing. Like their father, both brothers were devoted practitioners of Unani. When both brothers took charge of Hamdard, it transformed from a local pharmaceutical company into a national welfare organization (Wakf).

After Partition, Said chose to move to Pakistan. It was blindingly difficult to start and grow a business from scratch in a brand new country. Said started with renting two rooms and rented furniture. In 1953 he converted Hamdard into a Wakf (Islamic Trust) where almost all the revenues were used for nation building purposes, be it health, education and other philanthropic fields. Hamdard is a leading brand in Pakistan today, just as it is in India.

Abdul Hameed, the elder sibling who stayed on in India,brought extraordinary vision and business acumen to the fore of Hamdard. He went about setting up modern laboratories and engineered new age drug testing all the while reviving and revitalizing the traditional wonders of Unani. He has been lauded with national and international laurels for his path breaking innovations. Today Hamdard (Wakf) Laboratories with a wide portfolio of over 600 natural and herb based products is amongst the leading Health & Wellness companies in India.

When you compare the hoodie and sneaker wearing young entrepreneur of today to the heavily suited and black rimmed spectacle wearing figure from the past, you'd be hard pressed to find any similarities. But once you begin to peel at the separating layers of history, language and culture you would realize that deep down you are fighting the same battle of transforming your vision into a tangible reality. This Republic Day, as you embark to forge your own path, learn from the legacy of those who tread those same roads long long ago.