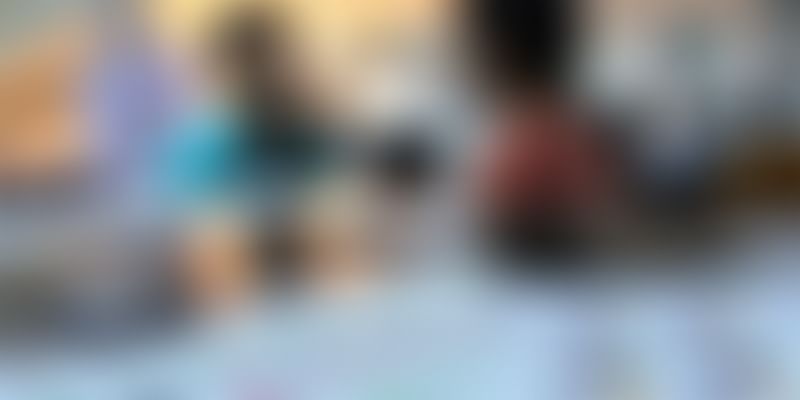 How do you build a transparent platform for recruitment? For that you need to arrange a marriage between a hackathon and an auction. That is what Subhendu Panigrahi of Venturesity is doing by using hackathons for hiring. He feels resumes are passé for developers. The Venturesity team wants you to take part in challenges to showcase yourself and get companies to bid to hire you.

Subhendu graduated from IIT Kharagpur and was involved in the startup ecosystem, helping them with funding and hiring. He saw hiring as a big pain point and thought, “We should start a company to solve it.”

Thus in 2013, along with Prashant Koirala, Subhendu started Venturesity. Back then they were helping startups through traditional ways of recruiting, like job boards. Meanwhile, they were always on the lookout for, ‘What would be the new way to hire’. In this process, Subhendu stumbled upon hackathons as a new way of hiring, and companies liked the idea.

Venturesity has done close to 14 hackathons in 2014. Subhendu says, “A lot of companies are fighting for good talent. One of the models we wanted to try out was hackathon-meets-auction.”

There is a fight going on out there for talent. Venturesity wanted to make it transparent. Subhendu adds, “Anyway the fight is going on. Let’s make it transparent where everyone will know there are five companies fighting together offering 'X' amount as salary. And companies think maybe we should counter the offer.” Most companies don’t see it just as hiring but also as increasing brand equity as they also create a buzz about the winners.

In the U.S. there is a Hired.com model. Hired does not do filtering. They just give you a resume and you’ll do the auctioning for the interview. In that process you might get 'junk' candidates too because resumes won’t always paint true pictures. Someone can say, 'I know PHP or I know Python', but they need to prove that they know. Venturesity wants to take the hired model a step further with hackathons.

Between registration and problem statement dates, participants receive content from Venturesity learning center about how to write clean code etc. After the hackathon, registrants get the trigger for problem statement. They can work locally on their machine and submit it.

Based on the challenges, there is a rating mechanism for app development. There are five parameters against which a candidate is measured. Parameters are constant across categories (design, coding). In all this, Subhendu says, 'understanding what is the business logic is important'. He adds,

“If you say make me a chair and if they make you a stool, it may serve a purpose of sitting but it is not what you want. You cannot test that capability unless you give very exhaustive problems.”

They have done couple of pilots for fresh graduates. For example, VIT (Vellore Institute of Technology) students have found internship opportunities through its hackathons. It also helps lots of bootstrapped companies hire through this.

They are now helping bigger brands like Knowlarity and Zivame. On January 10, 2015, there is an online hackathon where 10 companies are participating. Knowlarity has opened up their API for developers to build upon. Hackathons are being done weekly online or offline. They’ll be doing an offline hackathon in Bangalore on January 17.

Replying to a question on what excites him, Subhendu says, “Developers spending 24 hours to solve. They don’t know what is going to happen, whether they are going to win or get a job. But they do it in spirit of the competition.”

Companies pay a subscription fee to participate in the challenge – around USD 3000. If it is an online challenge, companies pay a smaller fee of close to 100 USD. And if these companies hire in the process, they pay a ‘success fee’. The success fee is less than what the traditional recruiter charges in the current market. Going forward, they’ll be doing more hackathons online and less offline. At present, offline hackathons happen almost every week. However, there are five to six hackathons going on simultaneously online.

The next step for them as they scale is to give week long challenges for developers in order to solve bigger problems.

The community karma at work

Subhendu has been active in the startup community and contributing to the ecosystem. This influence helps him reach out and get participants for his venture. Subhendu also happens to be one of the admins in the 'Bangalore Startups' group on Facebook which has thousands of members. He is also building another community called Misshackers exclusively for female coders. They have also conducted hackathons in Hyderabad, Chennai, and Bangalore and plan to conduct a few soon in Mumbai, Pune and Delhi as well. The community he works for works back for him; now that’s what is called good ‘karma’.