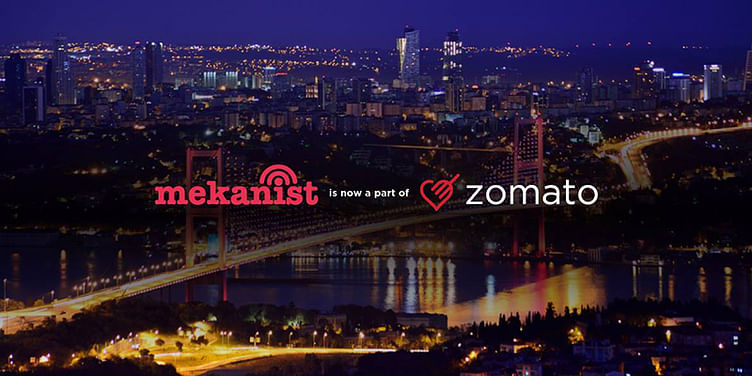 Zomato created ripples in the startup ecosystem recently with the acquisition of US based UrbanSpoon (here's all you need to know) for $52 million. Not staying quiet after it, Zomato has announced another acquisition- it has taken over Turkey based Mekanist. This makes it the seventh overseas acquisition. Details of the deal in Turkey haven't been revealed apart from the fact that it is an all cash deal. Looking at the previous deal amounts, the figure can be estimated to be around $2 million (read more). Zomato's restaurant coverage will increase from about 27,500 restaurants in Istanbul and Ankara to more than 50,000 restaurants across Turkey.

Mekanist is one of Turkey's largest restaurant discovery and review websites which was founded in 2008. Mekanist has over 190,000 listed establishments such as the most popular restaurants, cafes, and bars, along with over 500,000 reviews from its 1.5 million strong signed-up user base on web and mobile. The two teams will be working closely over the coming months to integrate Mekanist into Zomato. All of Mekanist's traffic and restaurant-related content will move to Zomato, and Mekanist app users will be able to use the Zomato app. Ali Servet Eyüboğlu, Co-founder and CEO of Mekanist, said,

We are proud that the initiative which we started eight years ago during university years has been acquired by a leading global player. With the power of Zomato, we will now be able to offer diners in Turkey an even wider range of restaurants to choose from. Users can access the rich, exhaustive information and reviews to easily decide where to eat or order from. We also believe that this is a big win for restaurant owners, as they will benefit hugely from Zomato's business-focused features.

Restaurant businesses will be able to benefit from Zomato's hyperlocal advertising model, and target customers searching for restaurants in and around their location alongwith Zomato's Business app (just like anywhere else).

Zomato had launched in Turkey in November 2013, making its website and apps available to users in Turkish and English. This acquisition means that Mekanist will now be integrated with Zomato and over the next few months, Zomato will cover over 75,000 restaurants in Turkey, serving users over 3 million times a month. Zomato currently has a team of 27 people in Turkey, most of whom are based out of the local headquarters in Istanbul.

Related read: If you're a Zomato fan, here's all you need to know (about Yelp)